SINGAPORE—As Covid-19 cases rise sharply in parts of Indonesia, authorities have found the highly contagious Delta variant of the coronavirus to be dominant in areas including the capital, Jakarta.

Doctors there say hospitals are filling up, more young people are getting infected and patients are getting sicker more quickly than in previous outbreaks.

Their observations echo some of the anecdotal findings from India, where the variant was first detected and contributed to a devastating wave of infections. The strain, also known as B.1.617.2, is in around 70 countries including the U.K., where health officials believe it is contributing to an uptick in cases and hospitalizations, delaying a planned easing of Covid-19 restrictions.

In three parts of Indonesia where the variant is prevalent—densely populated Jakarta; Kudus, a cigarette-manufacturing center in central Java province; and Bangkalan, just off the coast of Java—sudden spikes in infection have strained hospitals and sparked worries that a new wave of infections will sweep across Indonesia. Kudus experienced one of the fastest surges of all, with the weekly tally of new infections jumping 35 times in late May, though from a very low base.

Most vaccinations available in Indonesia are the shot developed by Sinovac.


Indonesia has limited capacity to track the spread of variants, making it hard to gauge how widely the Delta strain is circulating in the archipelago nation of 270 million people. Medical experts say if the surge continues to grow, it could overwhelm the healthcare system.

“It’s very clear that Indonesia could be another country that has a tsunami in Covid-19 cases,” said Dicky Budiman, an Indonesian epidemiologist at Griffith University in Australia, pointing to the country’s slow vaccine rollout, low testing levels and the Delta variant’s presence.

Fewer than 5% of Indonesians are fully vaccinated, mainly with the shot developed by Chinese company Sinovac Biotech Ltd. The World Health Organization warned this week of increased transmission in Indonesia due to variants of concern and said urgent action was needed to contain the situation in many provinces, including large-scale social restrictions.

Indonesia’s health ministry said the current wave was caused primarily by travel and celebrations during the Eid holidays last month, but that the Delta variant contributed to the surge’s intensity. It echoed a view shared by many epidemiologists, that more research was needed to determine whether the strain causes more-severe disease.

The picture was different a month ago. In the region of Kudus, cases had fallen from their January peak and residents bustled between the homes of friends and relatives for Eid festivities.

Then came the surge—the worst experienced by the region of 900,000 people since the pandemic began. As infections jumped in late May, hospitals converted general wards into isolation rooms. Around 400 healthcare workers were infected over the past month.

By the second week of June, 20 people in the region were dying daily from Covid-19, official figures show. A fifth of Kudus’s 942 Covid-19 deaths have occurred over the past 10 days. Genomic sequencing shows 28 of 34 recently analyzed Covid-19 samples belonged to the Delta strain.

“Every health worker is extremely stressed and exhausted,” said Dr. Ahmad Syaifuddin, who heads the Kudus division of the Indonesian Medical Association and contracted the illness last month.

Overall, Indonesia has averaged 10,000 newly reported cases a day over the past week, up from 5,000 at the start of May, though infections are certain to be many times higher than official figures show. A third of the PCR, or polymerase chain reaction, tests conducted in the last seven days have been positive, suggesting too few tests are being conducted and many infections are going undetected.

Doctors say they are concerned about more than growing case-counts. In areas where the Delta variant dominates, three doctors said they are finding several members within families infected, including more young people, and that patients’ conditions are worsening more quickly than in previous outbreaks. “Many are without co-morbidities, their deaths happen so fast,” one doctor in the city of Bangkalan said.

“The first difference is it doesn’t see age,” said another, Dr. Catur Budi Keswardiono, a lung specialist who leads a Bangkalan hospital’s Covid-19 task force. “Whether you’re young or old or have co-morbidities, you can catch it.”

Doctors across Indian cities made similar observations during the recent surge there, causing global concern about the potential dangers of the Delta variant. Covid-19 ripped through households in India and resulted in more-severe illness in patients younger than 50 compared with the country’s previous wave, a number of Indian doctors said. The outbreak quickly grew much deadlier than earlier surges. 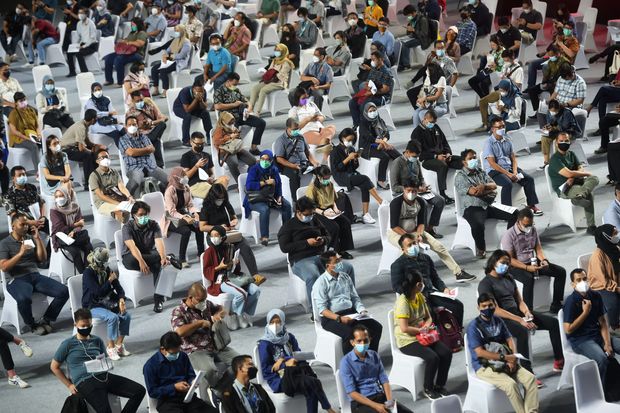 A Covid-19 vaccination center in Jakarta. Only about 5% of people in Indonesia are fully vaccinated, and a surge of infections is growing.

In Bangkalan, where the Delta variant is widespread, the hospital that treats Covid-19 patients is running out of beds. Dr. Catur, who works there, said 50 people have died of the illness this month at the hospital—more than three times the toll in May. Some patients are being transferred to Surabaya, a larger city nearby. Hospitals are filling up in Jakarta, too, with the occupancy rate at 75% this week, up from 45% last week, according to the local government.

Adding to the burden are infections among medical workers. Dr. Syaifuddin at the Kudus hospital said approximately 400 medical workers who were infected had been fully vaccinated with Sinovac’s shot. The majority of them had mild symptoms like low-grade fevers, suggesting the vaccine was protective, he said. Around 50 healthcare workers from the Bangkalan hospital, who had also received Sinovac’s shot, also caught the disease in the current wave, Dr. Catur said.

Recent studies in the U.K. have found that vaccines offer considerable protection against severe illness from the Delta variant. But the studies involved vaccines developed by

and BioNTech NE and

PLC, not Sinovac, which is Indonesia’s biggest supplier.

Write to Jon Emont at jonathan.emont@wsj.com 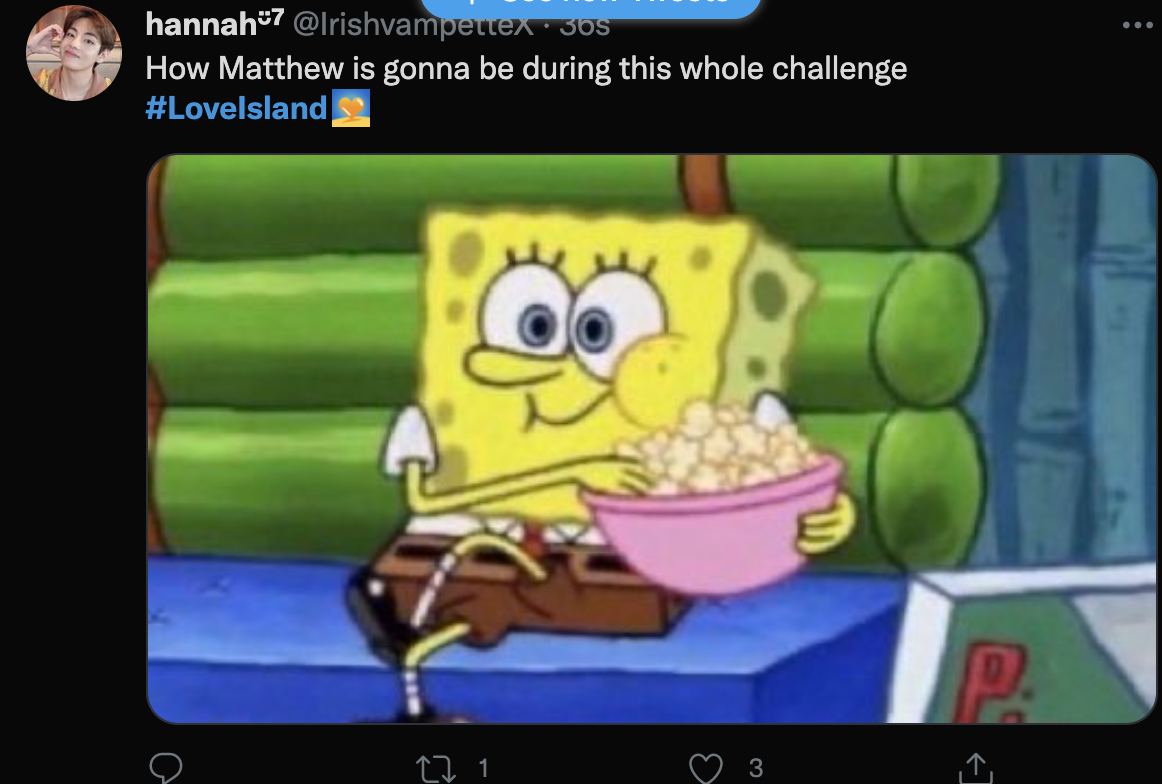 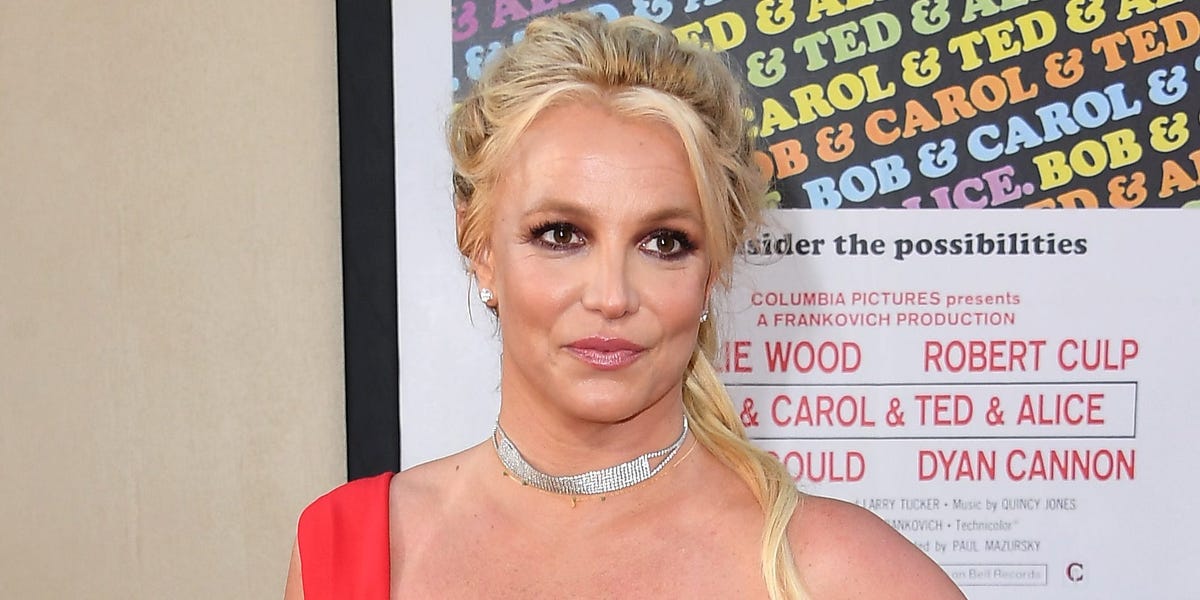