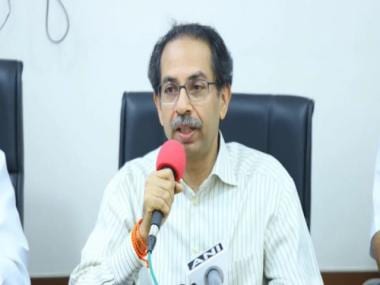 In the party’s official mouthpiece Saamana, the Sena claimed that using the Governor’s office to attack the state government has proved ‘costly’ for the BJP in Maharashtra

An editorial in the party mouthpiece Saamana launched a stinging attack on Koshyari (78) who recently wrote to Chief Minister Uddhav Thackeray on reopening places of worship and asked if the Sena leader had “suddenly turned secular.”

The editorial said the BJP has been “exposed” on this issue, further adding, using the Governor’s office to attack the state government has proved costly for the Opposition party in Maharashtra, it added.

It said that reopening temples will see crowding, but restaurants have been opened with strict COVID-19 safety protocols.

“If the BJP wants temples to reopen, then there should be a national policy,” it said. Several important temples in the country are closed, it added.

The editorial justified the chief minister’s response to Koshyari’s letter, saying: “Even the gods must be ringing the temple bells in happiness. If the sound of ringing bells has reached Modi and Shah, then they will recall the Governor to preserve the prestige of Raj Bhavan.”

Koshyari and Thackeray are locked in a bitter war of words after the former pushed for reopening of places of worship in the state closed due to the COVID-19 pandemic and asked the latter whether he has “suddenly turned secular”.

Thackeray responded to Koshyari’s letter saying he will consider the request but asserted he does not need the governor’s certificate for “my Hindutva” even as BJP workers held protests outside temples in various cities in the state demanding reopening of places of worship.

NCP president Sharad Pawar also waded into the row between the two constitutional functionaries, and wrote to Modi expressing shock over the “intemperate language” used in the governor’s missive to the chief minister.

The spat erupted after Koshyari wrote a letter to Thackeray about representations received by his office demanding reopening of places of religious worship, shut since March-end in view of the coronavirus outbreak and the subsequent lockdown.

In his letter on Monday, Koshyari told Thackeray it is “ironical that while on one hand the state government permitted opening of bars, restaurants and beaches, our gods and goddesses have been condemned to stay in the lockdown.”

Responding to the letter, Thackeray on Tuesday wrote to the governor, saying the state government will consider his request to reopen these places.

The chief minister said a decision on reopening places of worship, a demand being vociferously made by the BJP, will be taken after careful consideration of the COVID-19 situation in Maharashtra, which tops among states in the number of cases and deaths.

In his letter, whose tone and contents evoked criticism from ruling allies the Congress and the NCP as well, Koshyari had mentioned that he has received three representations from delegations demanding that places of religious worship be reopened.

In response, Thackeray pointed out the ‘coincidence’ that all the three letters Koshyari mentioned were from BJP office-bearers and supporters.