India on Monday administered a record 84.07 lakh vaccine doses on day one of the country’s new inoculation strategy in which the Central Government provided free vaccines against to adults across states.

It is the highest number of doses administered in a day since the vaccination drive started on 16 January.

Today’s record-breaking vaccination numbers are gladdening. The vaccine remains our strongest weapon to fight . Congratulations to those who got vaccinated and kudos to all the front-line warriors working hard to ensure so many citizens got the vaccine.

“Central Government is beginning the ‘Free Vaccination For All campaign’ for every Indian from today. The biggest beneficiary of this phase of India’s vaccination drive shall be the poor, the middle class, and the youth of the country. All of us should pledge to get ourselves vaccinated. Together we will defeat ,” Modi said.

? Over 8 million #COVID19Vaccine doses administered till 8 PM on Day 1 of implementation of revised guidelines!

Vaccines are our strongest weapon against #COVID19, strengthen this fight, get #Vaccinated! #IndiaFightsCorona pic.twitter.com/XxZUYXo2gW

Earlier in June, Modi announced that the Centre will take over from states, which were supposed to be carrying out about 25 percent of the country’s vaccination drive, and continue with its ongoing efforts to inoculate the section of the population that is above 45 years of age, healthcare and frontline workers.

The Centre’s new policy came days after Supreme Court slammed the ongoing vaccination drive for the 18-44 age group and called it “arbitrary and irrational.”

With over 15 lakh jabs administered today, Madhya Pradesh recorded vaccinations almost two and a half times more than Uttar Pradesh.

However, Opposition-ruled states such as Punjab, Jharkhand, Chattisgarh, Delhi were not able to cross even one lakh vaccinations today.

What were the previous guidelines?

According to the revised guidelines, vaccine doses provided free of cost by the Centre will be allocated to states and UTs based on criteria such as population, disease burden and the progress of vaccination, and all above the age of 18 will be eligible for the free jabs.

Any wastage of vaccine will affect the allocation negatively, they said. The Centre will now procure 75 percent of the vaccines being produced by the manufacturers in the country.

It had earlier allowed states and private hospitals to procure 50 percent of the vaccines following demands for decentralisation of the process. However, after several states complained of problems including funding, Prime Minister Modi announced the revision of the vaccine guidelines on 8 June.

Within the population group of citizens more than 18 years of age, states and UTs may decide their own prioritisation factoring in the vaccine supply schedule, the revised guidelines issued by the health ministry stated.

“Based on this aggregated demand, the Government of India will facilitate the supply of these vaccines to the private hospitals and their payment through the National Health Authority’s electronic platform.

This would enable the smaller and remoter private hospitals to obtain a timely supply of vaccines, and further equitable access and regional balance,” the ministry said.

The price of vaccine doses for private hospitals would be declared by each vaccine manufacturer, and any subsequent changes would be notified in advance.

The private hospitals may charge up to a maximum of Rs 150 per dose as service charges. State Governments may monitor the price being so charged, the guidelines said.

All citizens irrespective of their income status are entitled to free vaccination. Those who have the ability to pay are encouraged to use private hospital’s vaccination centres, the guidelines said.

“To promote the spirit of ‘Lok Kalyan’ (public good), use of non-transferable Electronic Vouchers, which can be redeemed at private vaccination centers, will be encouraged.

Under the National COVID Vaccination Program, from 16 January to 30 April, 100 percent of vaccine doses were procured by the Government of India and provided free of cost to state governments. State Governments were, in turn, asked to administer vaccination free of cost to defined priority groups.

To increase the pace of vaccination, participation of private hospitals was also enlisted where individuals could also choose to get vaccinated at a prescribed rate, the ministry said.

In response to the suggestions of many state governments to be permitted the flexibility to procure vaccines directly and administer them as per their own prioritisation based on local requirements.

From 1 May, the Centre was procuring 50 percent of the vaccine produced and was continuing to provide them to states free of cost for administering to priority groups.

The state government and private hospitals were now also empowered to directly procure from the remaining 50 percent vaccine pool.

“Many states have, however, had communicated that they are facing difficulties in managing the funding, procurement, and logistics of vaccines, impacting the pace of the National COVID Vaccination Program.

“Also it was noted that smaller and remoter private hospitals were also facing constraints.

“Keeping in view these aspects and the repeated requests received from states, the Guidelines for National COVID Vaccination Program were reviewed and revised and new guidelines were issued on 8 June,” the ministry said. 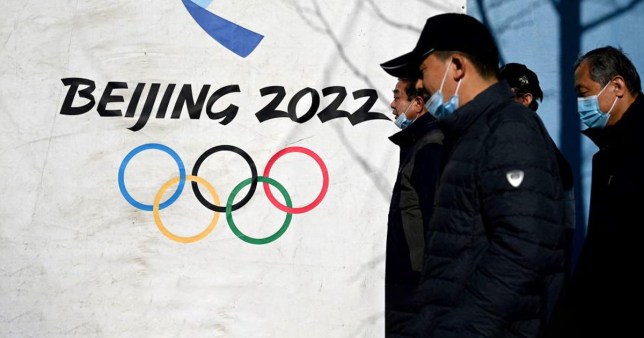