Unemployment is the big issue that the opposition Congress party is hitting hard on, especially after the pandemic-linked lockdown sent millions of migrant workers scrambling back home towards their native villages in an already slowing economy. 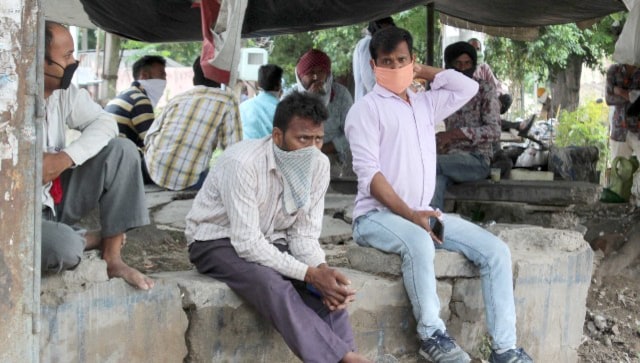 How can two eminent economists say almost the exact opposite of each other when India’s economy is in a crisis? If it was mathematics perhaps, that would not be possible. But when it comes to policy-making in the world’s largest democracy, the issue seems to concern game theory rather than economic theory.

Principal economic advisor Sanjeev Sanyal is in no hurry to spur demand in order to revive growth in the Indian economy. He talks of the government starting a stimulus at “an appropriate time” because the lingering COVID-19 pandemic might derail any meaningful impact. On the other hand,  the hugely respected Raghuram Rajan, former governor of the Reserve Bank of India, talks of an urgent need to safeguard the Indian economy

If these two gentlemen are at variance it could be because the way they are reading the forward movement of the Indian economy (or lack of it) in social or political terms going beyond the number jugglery that economists are famous for.  Both have their logic, but it is important to know their divergences for us to get a clear picture of how and why they differ.

Unemployment is the big issue that the opposition Congress party is hitting hard on, especially after the pandemic-linked lockdown sent millions of migrant workers scrambling back home towards their native villages in an already slowing economy. If a GDP growth shrinkage of 23.9 percent year-on-year in the April-June quarter is any indication, it is on the right track.

But consider the fact that Bihar Assembly elections are weeks away, and there is no visible social upsurge to suggest jobless voters in India’s second most populous state are threatening the BJP-steered, Janata Dal-United led coalition government.  Bihar was the epicentre of India’s JP Movement in 1974-75 that centred around inflation, unemployment and misrule.

On the face of it, like the dog that did not bark in the Sherlock Holmes story, the current focus on caste issues or the death of movie actor Sushant Singh Rajput at the national level ignores substantive employment-related issues. However, local leaders seem to know a silent storm may be brewing. The opposition RJD and incumbent JD-U are both jostling to address the unemployment issue in Bihar.

From all indications, Sanyal and the Modi government he advises seem to think that the fear of being voted out in a crucial Assembly election is relatively lower than the danger of an awry fiscal deficit leading to an international credit rating downgrade. However, even with the Uttar Pradesh and Tamil Nadu elections not too far away, the rulers possibly feel they can charm voters with issues such as national security or nationalist rhetoric. This would certainly not be possible if the unemployment crisis is real. It requires gumption or chutzpah for a government not to be in a firefighting mode on the economy.

One explanation could be that the bulk of the current lot of the unemployed is unskilled and semi-skilled ones who accept their lot and fall back on family and kin to help them tide over a crisis. Anecdotal and survey evidence suggest that menial jobs are still available in cities like Delhi and other urban zones even in troubled times. That may not be tally with the professional economist’s talk of joblessness but it may well work for calculating politicians who will not feed mouths unless they hear big noises. The JP Movement was led by unemployed graduates amid a greater degree of hunger and inflation in India’s economy.

But ground reports from Bihar suggest the patience of informal sector workers may not be endless.

Sanyal’s coolness on the stimulus issue is puzzling because even in the US, the world’s most advanced economy in size, the central bank Fed and the Trump administration are hotly debating the need for a fiscal or monetary stimulus. India should thus be far more worried. That is simply not so unless you count long-term measures such as the Rs 48,000-crore production-linked incentive (PLI) scheme to boost electronics jobs in the country. The broad here-and-now economy is still waiting for lifelines, even as the government liberalises labour laws to help employers rather than employees.

The country’s most-watched employment pundit,  Mahesh Vyas of the Centre for Monitoring Indian Economy (CMIE), as many as 20 million people are estimated to have been rendered jobless over the past year.  Surely the government should be more worried than it appears to be — though new data from CMIE suggests unemployment is down a tad, barely scratching the surface.

But Sanyal is comfortable talking of a foot on the brake because of COVID-19 with no urgent need to step on the demand accelerator. He only talks of offering a few sector-specific lifelines.

That contrasts Rajan’s prescription to cure the economy, though both the economists are fiscal conservatives.  Last month Rajan minced no words as he spoke of the government’s revival measures thus far as “meagre and patchy” and described the would-be stimulus as a tonic that the sickbed economy needs now, especially with a wounded informal sector to nurse.

If Sanyal’s nonchalant optimism contrasts Rajan’s sense of alarm, it could stem from the realisation that the informal sector and its millions of milling employees have the patience to withstand the stress. Rajan appears more socially concerned than the government’s principal economic advisor. It all now depends on whether their elegant contrast translates into a political slugfest or a humanitarian crisis.

Picture it al like a time bomb. If Sanyal is right, the fiscal year 2021-22 may see a GDP growth rate higher than 12 percent, echoing the V-shaped recovery talk in government circles. Is the  NDA’s do-little-or-nothing risk socially and politically affordable? There is no easy answer, but you can hear the clock tick.

The writer is a senior journalist and commentator. He tweets as @madversity