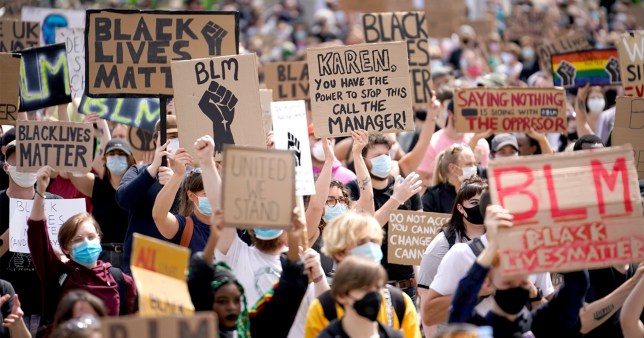 The commission said disagreement had ‘tipped into misrepresentation’ (Picture:Getty)

The commission behind a controversial report on racial disparity has hit back at critics, claiming that disagreement with the Government-backed review has ‘tipped into misrepresentation’.

It defended itself against accusations the report had put a ‘positive spin’ on slavery, claiming in a statement that any suggestion it had done so was ‘as absurd as it is offensive’.

The landmark review by the Commission on Race and Ethnic Disparities (Cred), published on Wednesday, said Britain is no longer a country where the ‘system is deliberately rigged against ethnic minorities’.

Its chairman said it had found no evidence of ‘institutional racism’, and the report criticised the way the term has been applied, saying it should not be used as a ‘catch-all’ phrase for any microaggression.

But the panel faced a backlash over the report, commissioned in the wake of the Black Lives Matter movement, with politicians and other public figures describing it as insulting and divisive.

In a statement reacting to some of the criticism published on Friday night, the commission said: ‘Sadly, however, in some cases fair and robust disagreement with the commission’s work has tipped into misrepresentation.

‘This misrepresentation risks undermining the purpose of the report – understanding and addressing the causes of inequality in the UK – and any of the positive work that results from it.

‘We have never said that racism does not exist in society or in institutions. We say the contrary: racism is real and we must do more to tackle it.’ 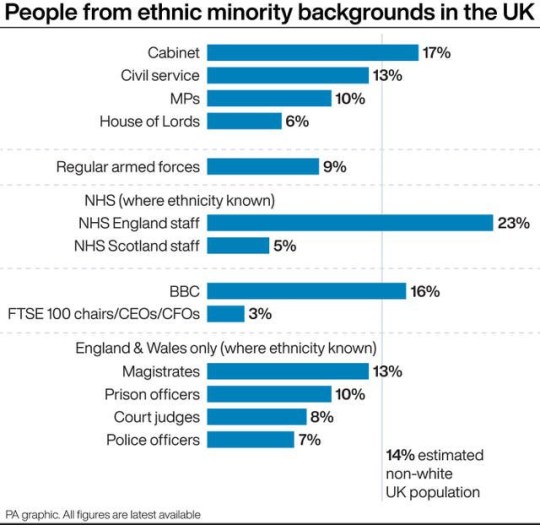 The panel faced backlash over the report (Picture:PA)

The panel also sought to defend itself against ‘a wilful misrepresentation’ of its views on slavery, after its chairman faced criticism over the way he explained its recommendation on teaching history in schools.

In commission chairman Dr Tony Sewell’s foreword to the report, he said the recommendation is the body’s response to ‘negative calls for decolonising the curriculum’.

He wrote that the resource should look at the influence of the UK during its Empire period and how ‘Britishness influenced the Commonwealth’ and how local communities influenced ‘modern Britain’.

He added: ‘There is a new story about the Caribbean experience which speaks to the slave period not only being about profit and suffering but how culturally African people transformed themselves into a remodelled African/Britain.’

Highlighting the passage on Twitter, Labour’s shadow women and equalities secretary Marsha de Cordova said it was ‘one of the worst bits’ of the report which was ‘putting a positive spin on slavery and empire’.


The commission said: ‘There has also been a wilful misrepresentation by some people of the commission’s view on the history of slavery.

‘The idea that the commission would downplay the atrocities of slavery is as absurd as it is offensive to every one of us.

‘The report merely says that in the face of the inhumanity of slavery, African people preserved their humanity and culture.’

However, the commission did not respond to the growing number of authors and academics who have challenged its ‘participation’ in the review since its publication.

The commission also rebuked politicians and other public figures for ‘deeply personal attacks’ on its members in the statement, calling it ‘irresponsible and dangerous’.

It said: ‘For example, one MP presented commissioners as members of the KKK.

‘Robust debate we welcome. But to depict us as racism deniers, slavery apologists or worse is unacceptable.’

The commission said it hoped that the report will be ‘read carefully and considered in the round’, adding: ‘Our experience since publication only reinforces the need for informed debate on race based on mutual respect.

‘The 24 recommendations we have made will, in our view, greatly improve the lives of millions of people for the better if they are all implemented.’ 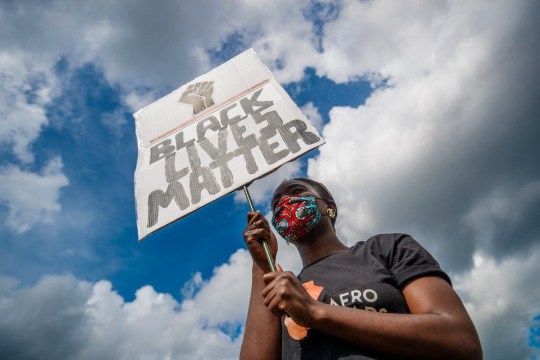 The report was commissioned in the wake of the Black Lives Matter movement (Picture:PA)

The commission said in the report that geography, family influence, socio-economic background, culture and religion all affect life chances more than racism.

The commission, however, continued to face criticism, with Labour MP Diane Abbott describing it as a ‘deeply cynical endeavour’.

She told Times Radio: ‘They consciously packed it with people who didn’t believe in institutional racism.

‘Really it is about politics and the political top line is that there is no such thing as institutional racism.

‘It is very convenient for Boris and his advisers because it means that they don’t have to do much about it.’

Lord Woolley, who ran the Government’s race disparity unit under Theresa May, told Times Radio: ‘It is grubby report, it is divisive.

‘It throws black, Asian, minority ethnic communities’ individual lived experience under the bus by its complete denial of anything systemic about the inequalities many people face.

‘The idea that something good came out of the enslavement of Africans is frankly abhorrent.’