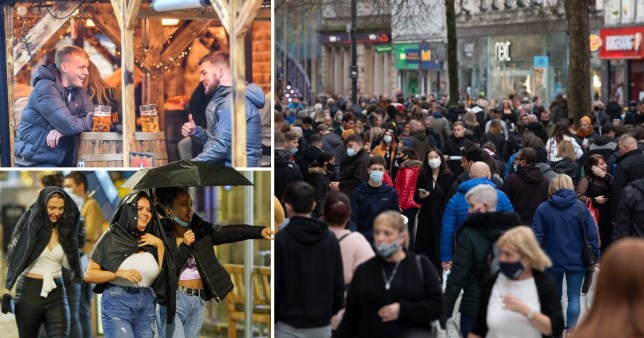 People were enjoying their second weekend of freedom after coming out of lockdown (Picture: Athena; Getty)

Pubs, restaurants and shops in Wales were packed this weekend as people flocked to meet each other and grab a drink after the country’s firebreak lockdown ended.

Wales went into a short firebreak lockdown on October 23 and came out of it on November 9. Photographs show people in Swansea and Cardiff taking advantage of their second weekend of freedom – in stark contrast to England where streets in major cities have been deserted.

Many were seen wearing face masks and socially distancing while some people paid no attention to the rules.

Under the restrictions, pubs will still have to shut at 10pm and people will only be allowed to meet in groups of four.

Non-essential shops, gyms, hairdressers and places of worship have reopened and supermarkets are now allowed to sell non-essential items.

Meanwhile, households can only mix inside a home if they have joined into a ‘bubble’.

On Saturday evening Downing Street confirmed England’s national lockdown will end on December 2, when a stricter version of the tier-three system will come into force. 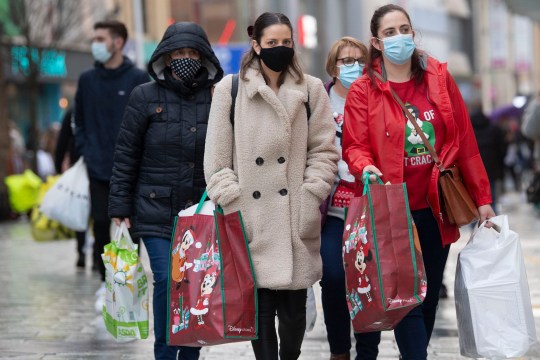 People in Cardiff took advantage of non-essential shops being open and did their Christmas shopping (Picture: Getty Images) 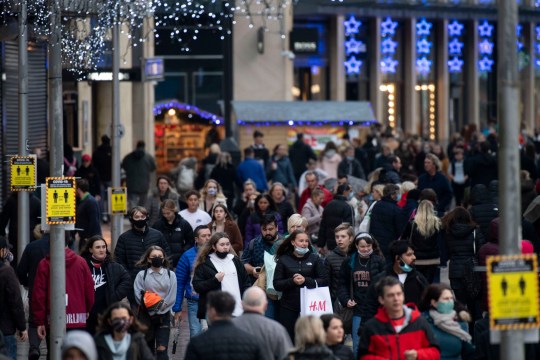 Streets in Cardiff were so busy it was difficult to socially distance (Picture: Getty Images) 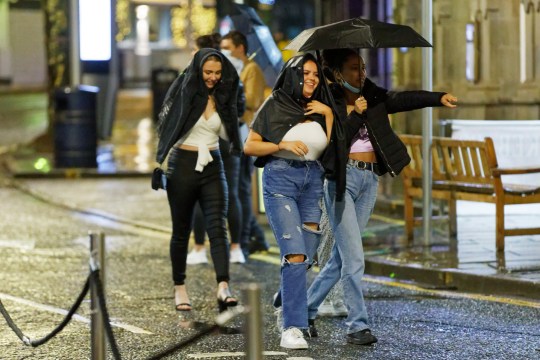 People in Swansea were not put off by the wet weather and still met friends to go out(Picture: Athena Pictures)

In the meantime, bars have been told to make people prove they live in Wales to prevent people from England breaking its lockdown rules and traveling to Wales to socialise and go out.

Unlike with Scotland there are no restrictions on where people can travel within Wales but people are supposed to have a reasonable excuse to leave the country.

Yesterday First Minister Mark Drakeford urged people not to ‘fritter away’ lockdown ‘success’ after seeing the ‘first signs’ of the firebreak working.

Martyr Tydfil, a town previously registered with the highest rate of new cases in the UK, has seen the biggest drop in cases in Wales from around 770 cases per 100,000 to now below 260 as the effect of the country’s 17-day firebreak begins to work.

Merthyr Tydfil County Borough council is offering coronavirus tests to residents and workers even if they have no symptoms. 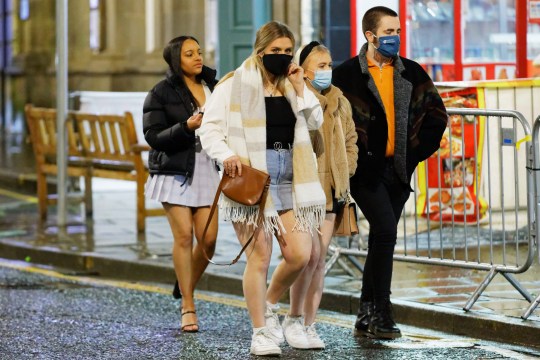 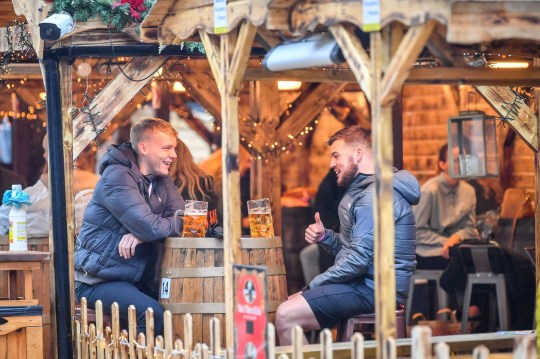 Pubs still have to close at 10pm (Picture: PA)

The mass testing scheme is similar to that currently underway in Liverpool in England.

On Saturday evening, the same day the scheme was launched, the council said 560 people had attended the testing centre on the first day.

Mr Drakeford warned that if coronavirus cases rise people will not have Christmas freedoms because ‘our top priority has to be dealing with a public health emergency’.

Although the four home nations all took a different approach to lifting a reimposing lockdowns, they are understood to be working together to develop a common approach to Christmas.

Downing Street is said to be mulling over a plan – subject to agreement from the governments of Scotland, Wales and Northern Ireland – for a UK-wide relaxation of rules, reportedly from December 22 to 28, so that several families can join in one ‘bubble’.

Further details are expected to be outlined on Monday, when Prime Minister Boris Johnson will address parliament and later the nation in a TV address.