Bob the pigeon is currently in the care of Monroe County Alabama Animal Shelter (Picture: SWNS)

A prized racing pigeon has turned up on the other side of the world after veering off course while trying to fly home.

Bob the racing pigeon veered off course while flying from Guernsey back to Tyneside.

The journey should have taken 10 hours but he went missing partway through.

Luckily, Bob turned up the weeks later – 4,000 miles away in Alabama. 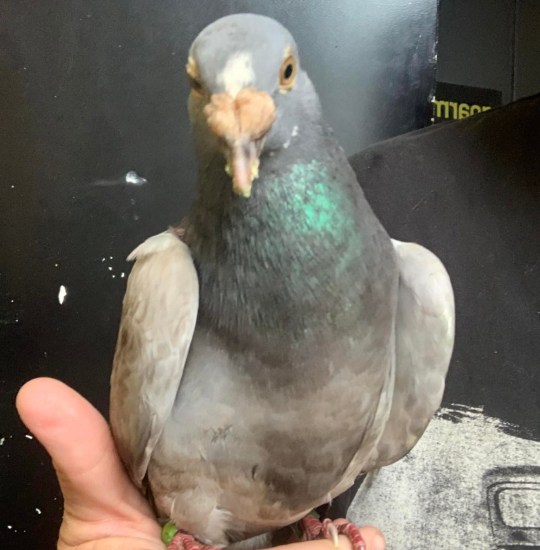 It is believed Bob travelled on a ship across the Atlantic Ocean (Credits: Monroe County Alabama Animal Shelter / SWNS)

The elderly man who found him said he would not leave so he called up the Monroe County Animal Shelter.

Staff there used Bob’s bands and microchip to locate owner Alan, all the way back in Gateshead in the UK.

Upon rescue, the prized pigeon was a little underweight and had oil marks on his feathers but other than that he was perfectly healthy.

Talking about the rescue, a charity spokesman said: ‘He is doing good. Enjoying his food for sure.’

They said: ‘We had a elderly gentleman ask us for help. 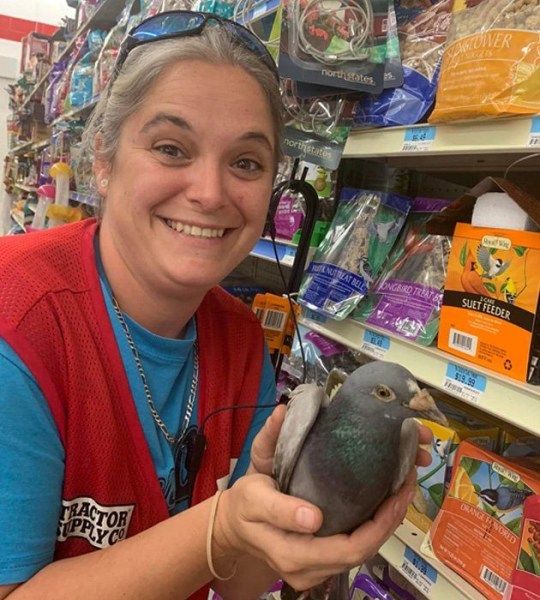 Staff have been looking after Bob ever since the rescue (Picture: Monroe County Alabama Animal Shelter / SWNS) 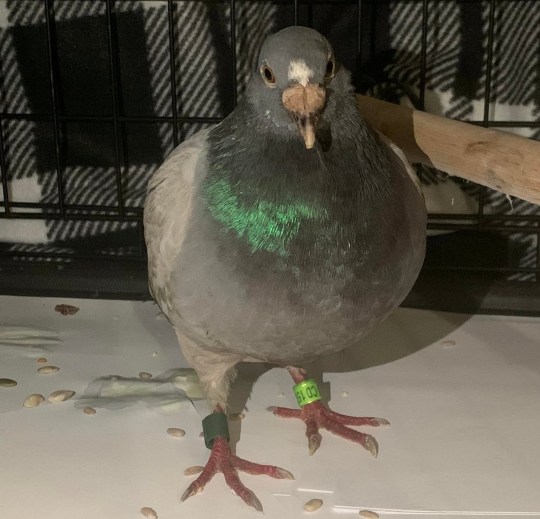 The staff in Alabama only found out where Bob was from because of his bands and microchip (Picture: Monroe County Alabama Animal Shelter / SWNS)

‘He had a pigeon with bands show up at his Mexia home.

‘The pigeon would not leave he decided to seek help.

‘Crew member Monica Leigh Morris followed the man to his home and was able to safely catch this beautiful bird.

‘After arriving back at the shelter both Monica and another crew member Megan Bryan started working on tracking down the owner.

‘They were able to get the numbers off the band, but also used our microchip scanner to help track down a webpage called North of England Homing Union.

‘The ladies follow the instructions and were immediately contacted back by the owner – 4,000 miles away in North East of England!

‘We are currently working on a game plan to return this champion pigeon to its owner, which was extremely happy to hear from us.’

Bob’s owner Alan describes him as a very ‘special’ bird. 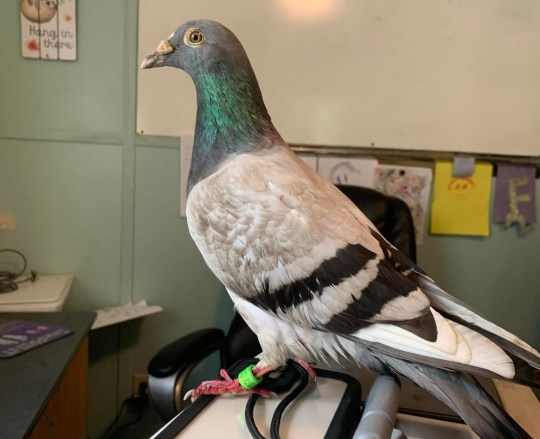 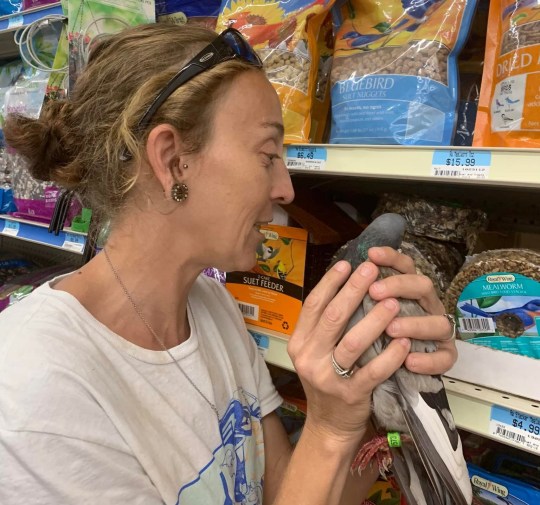 Bob has since been reunited with Alan via webcam (Picture: Monroe County Alabama Animal Shelter / SWNS)

But the cost does not faze Alan at all who said he will do whatever it takes to bring his prize pet back to the UK.

Bob the prized pigeon is thought to be worth in the region of £1,000.

Alan believes Bob may have landed on a ship crossing over the Atlantic before flying further towards Alabama.

Despite Bob still being in Alabama, he has been reunited with owner Alan since the rescue via webcam.

This has inspired Alan to travel all the way to the US to rescue Bob and bring him back home.

Alan explained the emotional reason behind how he met Bob.

He was donated by a close friend of Alan’s who has since died for a charity raffle he held to raise money for Marie Curie charity.

Alan said: ‘I’ll get him back one way or another.

He said he feared the worst when Bob didn’t return from the race back to the north east.

‘Something went wrong,’ he said. 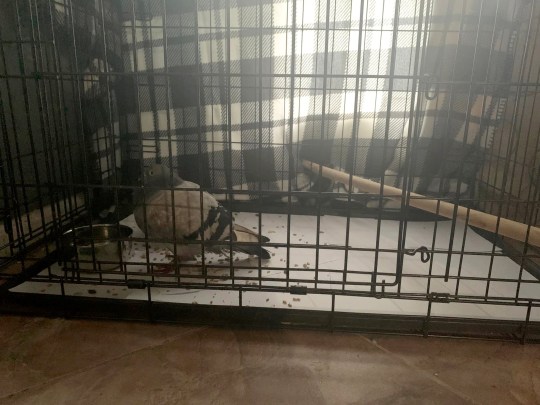 ‘When a pigeon goes missing you always worry about what could have happened.

‘Sometimes they end up dead.

‘When I got the email to say he had been found it was so strange.

‘Initially I thought it was in Ireland, but then I found out it was America.. it’s incredible.

‘Maybe he got caught in a thunderstorm over the Channel and he’s found his way on to a boat going the other way.’