Priti Patel was asked how she would respond if a male colleague said the best way to manage her was to ‘pat her on the bottom and send her on her way’ – before being told Boris Johnson made the sexist remark.

The home secretary slammed the comment as ‘appalling’ and ‘simply not respectful’ when questioned by ITV’s Robert Peston on Wednesday evening.

After discovering it came from the Prime Minister in reference to his former boss, Kimberly Quinn, Ms Patel said she ‘wouldn’t hesitate’ to tell her boss his words were unacceptable.

She said: ‘Believe you me, I am here in my capacity as a Government minister, as home secretary, I’ve worked in all sorts of other professional sectors.

‘I’ve worked in the city, and I’ve heard all sorts of things said about female colleagues which is simply unacceptable.

‘I’m not the type of person, I think it’s pretty well known, to sort of sit back and accept you know really quite disparaging and derogatory remarks.’

Revealing she has been a victim of sexist remarks, the home secretary added: ‘I myself have been subject to things of that nature in the past and I just don’t think that’s acceptable. I would speak out against that’.

Former journalist Mr Johnson’s comments featured in a piece in the Spectator that marked his exit as editor. 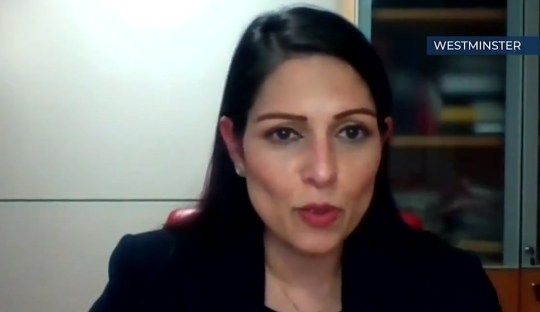 He said: ‘Once the fire is going well, you may find your eyes drifting to the lovely striped chesterfield across the room. Is it the right size, you wonder, for a snooze. . . ?

‘You come round in a panic, to find a lustrous pair of black eyes staring down at you. Relax. It’s only Kimberly [Quinn, who was then the Spectator’s publisher] with some helpful suggestions for boosting circulation.’

He then advised his successor to ‘just pat her on the bottom and send her on her way’.

The Conservative leader has been called out for a number of other unacceptable comments made about women over the years.

During his journalism career, he reviewed the quality of ‘hot totty’ at a Labour conference, claimed children of single mothers were ‘ill-raised, ignorant and illegitimate’ and urged men everywhere to ‘take control of their women’.

The Prime Minister has called for a ‘cultural and social change in attitudes’ to deal with the issue of ‘casual everyday sexism’ following Sarah Everard’s death. Metropolitan Police officer Wayne Couzens, 48, has been charged with the marketing executive’s kidnap and murder.

At Prime Minister’s Questions on Wednesday, Mr Johnson said: ‘We have to address the fundamental issue of the casual everyday sexism and apathy that fails to address the concerns of women – that is the underlying issue.’ 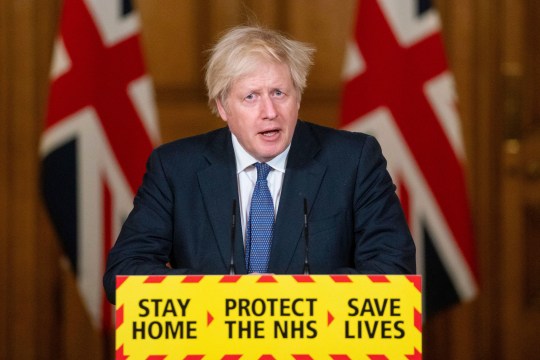 The PM has called for a ‘cultural and social change in attitudes’ to deal with the issue of ‘casual everyday sexism’ (Picture: AP)

Downing Street refused to say that Mr Johnson regretted his previous comments, but said he had a ‘powerful track record’ on women’s rights.

Press secretary Allegra Stratton said: ‘Women across the country now want real action and will be pleased to hear their Prime Minister evidently understanding that what too many of them experience on our streets at night – and sometimes in the day as well – is something being taken seriously at the top of government.’

Questioned on if Mr Johnson’s position was that ‘the odd bit of sexist language is OK’ but the important thing is action taken to help women, Ms Stratton replied: ‘You have got his language from the House today.’

She added: ‘If you look back to 2009 when he was London mayor he launched a call to action to end violence against women. That was the first ever strategy of its sort for a major city.

‘It saw him quadrupling funding for rape crisis provision and opening three new centres in London and a host of other measures.

‘I just raise it because people should look back to his record – not just in government at the moment where you have this Domestic Abuse Bill going through the Lords at the moment but you also have the (Police, Crime, Sentencing and Courts) Bill that will increase sentences for rapists and paedophiles and the like and you also have the current violence against women and girls strategy.’