Sources say it is unclear when the Duke of York will return from Scotland (Picture: Getty Images / Peter Jolly / Northpix)

Prince Andrew has not yet returned from Scotland to meet his new baby granddaughter.

It was announced yesterday that Princess Beatrice gave birth to her first child and newest member of the royal family on Saturday – a little girl weighing 6lb 2oz.

Sarah Ferguson, Duchess of York and Andrew’s former wife, is said to have returned from the Queen’s estate at Balmoral Castle on Friday and met her new grandchild over the weekend.

But the Duke of York, who travelled to the Royal Family’s holiday home just over a week ago, is staying put despite suggestions he was going to dash back to London when he heard Beatrice was admitted to hospital.

A source told The Sun: ‘Andrew has made it quite clear that he wasn’t leaving Balmoral.

‘It would appear the advice to him was to stay in hiding and miss the whole thing.’

They added they have no idea when the disgraced Duke will return to Windsor.

Andrew has been holed up at the 550-acre estate amid speculation he was trying to avoid being served papers by lawyers representing Virginia Giuffre. 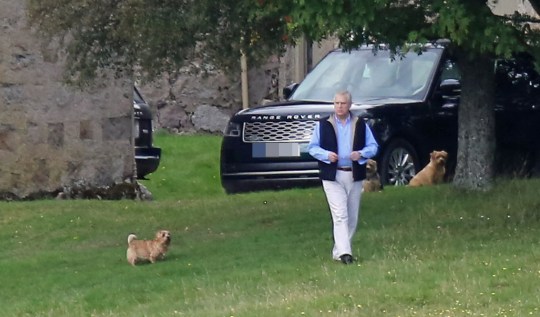 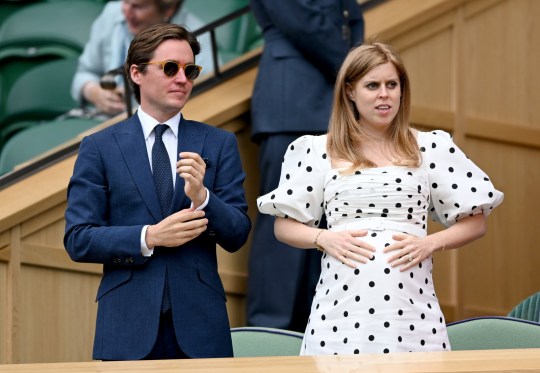 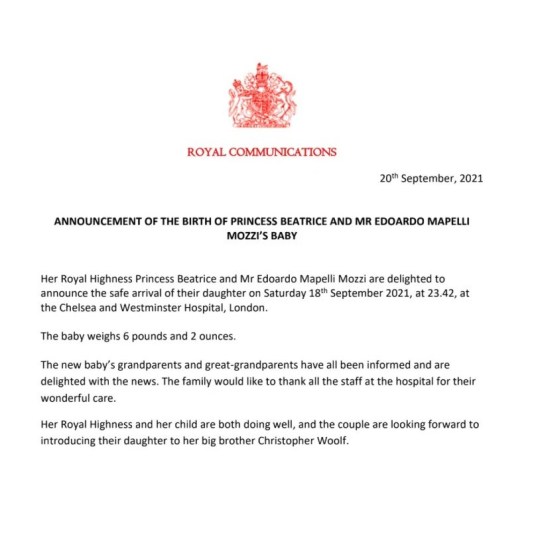 The couple’s announcement about the birth of their yet unnamed daughter (Picture: Royal Family) 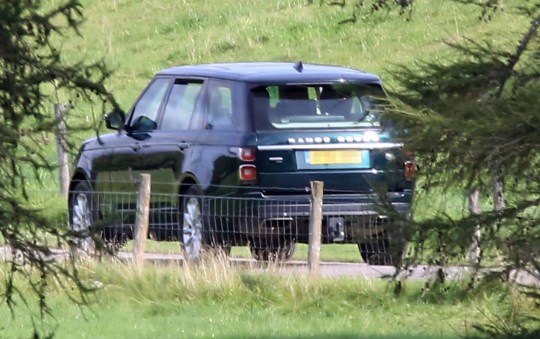 Prince Andrew’s car seen yesterday. although it was not clear whether he was in it (Picture: Peter Jolly / Northpix) 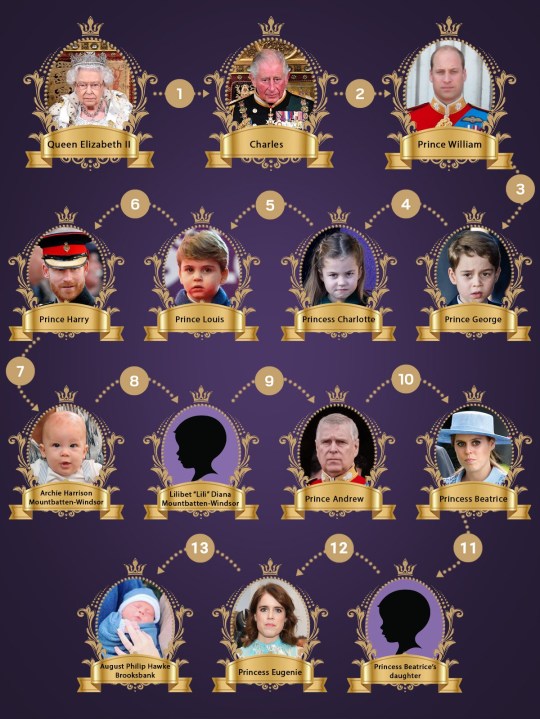 The prince, 61, denies allegations he sexually assaulted Ms Giuffre when she was 17 and a minor under US law.

He is currently in crisis talks about his legal strategy after a ‘shambolic’ attempt to defer the case by arguing the papers had not been served properly.

A source had previously told The Sun though that ‘his daughter comes first’ and the prince will ‘want to be there for her’.

The Duchess of York is said to be ‘delighted’ to have welcomed her yet unnamed granddaughter, just seven months after younger daughter Princess Eugenie gave birth to her son August.

A friend of Sarah’s told The Daily Mail: ‘She’s perfect and Sarah is absolutely smitten. She’s always very proud of both girls but to have two grandchildren in a year is a total joy.’

They suggested Beatrice’s daughter might even have inherited her mum and grandma’s flame-coloured locks, adding: ‘She’s got a hint of red… and a hint of gold.’

Beatrice, 33, yesterday said her and property tycoon husband Edoardo Mapelli Mozzi were ‘delighted’ over the birth and thanked London’s Chelsea and Westminster Hospital for their ‘wonderful care’.

The baby, who is 11th in line to the throne, is the Queen’s 12th great-grandchild, and the second to be born since the Duke of Edinburgh’s death, following the arrival of the Sussexes’ daughter Lilibet in June.

Mr Mapelli Mozzi has another child, five-year-old Christopher Woolf, from a previous relationship.