Several Greek islands, parts of the Caribbean, Malta and Morocco could be added to the green travel list today, according to industry experts.

A review of the Government’s ‘traffic light’ system is expected later today, potentially giving a massive boost to the hard-hit travel industry.

Paul Charles, chief executive of travel consultancy The PC Agency, said a number of popular holiday destinations ‘really deserve’ to be moved to the low-risk tier.

Michael O’Leary, CEO of Ryanair, has predicted that the Greek Islands, the Balearics and the Canaries could make the list.

Holidaymakers returning to the UK from green locations are not required to self-isolate, and only need to take one post-arrival coronavirus test.

While 12 destinations are currently on this list, restrictions in other countries mean that Portugal is the only viable holiday destination for Brits at the moment.

But that could soon change, according to Mr Charles, who accurately predicted that most of Europe, other than Portugal and Gibraltar, would be classed as amber when international travel was lifted on May 17.

When deciding how to categorise countries, the Government looks at a number of factors including infection rates, the number of people vaccinated, the number of variants going around and how good the country is at genomic sequencing.

Which countries could be added to the travel green list? 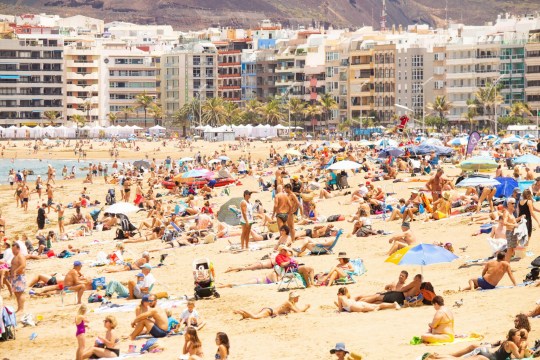 More than 37% of the Canary Island’s population have had at least one jab (Picture: Alamy Live News)

The archipelago of volcanic islands is currently on the amber list, requiring visitors to quarantine for 10 days upon their return and take two post-arrival tests.

But that could change after today’s announcement, as the Spanish territory has promising figures.

However these are similar figures to Portugal, which many fear may be removed from the green list.

Scientists from the Joint Biosecurity Centre (JBC) have raised concerns that the infection rate is growing and were crunching data last night ahead of today’s decision.

‘The priority is to continue the vaccination rollout, to protect the people of this country.’ 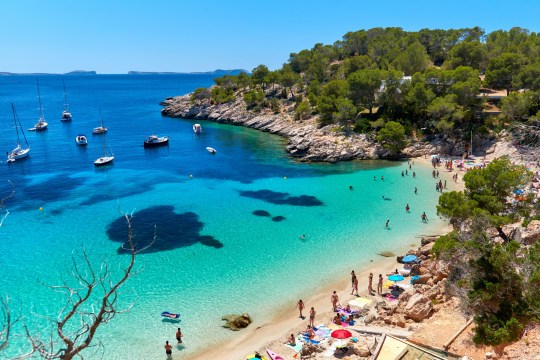 Infections are just 18 per 100,000 people on the Balearics (Picture: Getty Images)

Opening up this hugely popular holiday destination would be a huge boost for the airline industry.

It’s on O’Leary’s list of predictions and Transport Secretary Grant Shapps has suggested his ‘islands approach’ would continue this summer.

This means a country’s islands could be put on the green list if their infections are lower, even if the mainland is not.

Currently the Nordic country has an infection rate of 25 per 100,000 people and 44.9% of the population has had the Covid jab.

The UK’s reported green list ‘threshold’ for first doses is 30%, giving it a good chance of being downgraded. 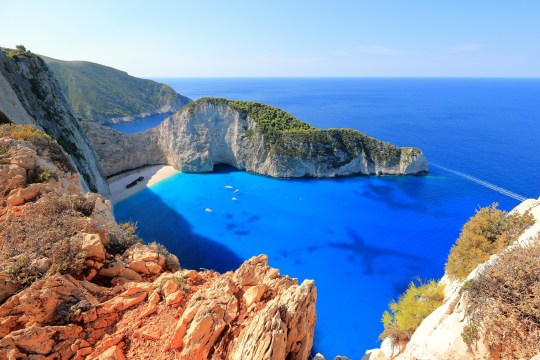 Zante could make the list, based on the Government’s ‘islands approach’ to restrictions (Picture: Shutterstock)

When asked by BBC News which nations he thought should be on the green list, Mr Charles said: ‘Possibly some of the Greek islands like Zakynthos, Rhodes and Kos but a very thin number.’

Currently, the Foreign Office is not advising against travel to Rhodes, Kos, Zakynthos, Corfu and Crete, based on the current Covid risks.

Greece is on the amber list but it is welcoming back British tourists and has set out ways for people to prove their vaccine status.

The whole of Greece has an infection rate of 97 per 100,000 people, but cases have been falling fast. So far 35.5% of its population have had at least their first dose of the vaccine. 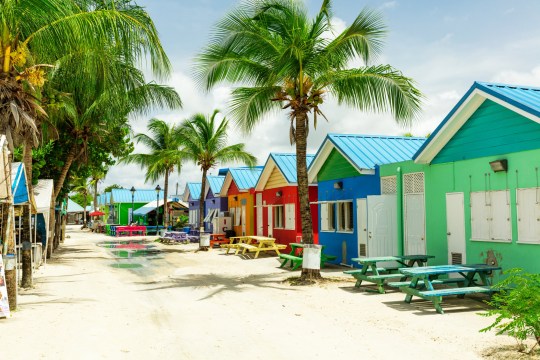 Barbados has a low infection rate and has made good progress with vaccinations (Picture: Getty Images/iStockPhoto)

This Caribbean island paradise has an infection rate of just 7.3 per 100,000 people.

So far 26.6% of its population have received their first dose of the vaccine, meaning it has a pretty good chance of making the list.

However it’s worth checking out the UK Government website for travel advice as each individual country will have their own set of rules on British travellers coming in.

This popular Mediterranean destination may also turn green thanks to its figures.

This puts it way higher than many countries already on the travel green list.

This Caribbean island is one of the few countries to have an infection rate of zero.

It has had just 161 infections during the course of the pandemic and one related death.

To add to that, 14.5% of the population have received at least one dose of the vaccine, including 70% of hotel staff, according to TravelWeekly. 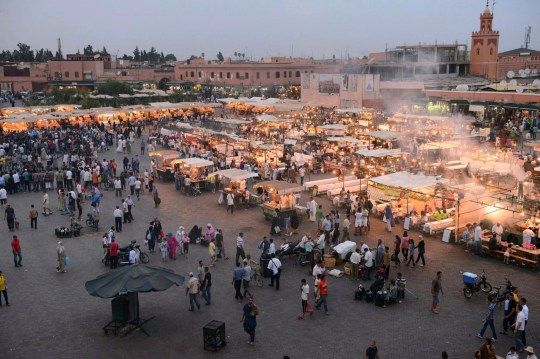 Morocco has an infection rate of 2.9 per 100,000 people and has had relatively low cases throughout the pandemic (Picture: Reuters)

Morocco has had relatively low cases throughout the pandemic and has a good chance of making the green list.

The Caribbean nation of Antigua and Barbuda has an infection rate of two per 100,000 people.

It has had 1,260 infections and 42 related deaths since the pandemic began, while some 34% of the population have now had their first dose.