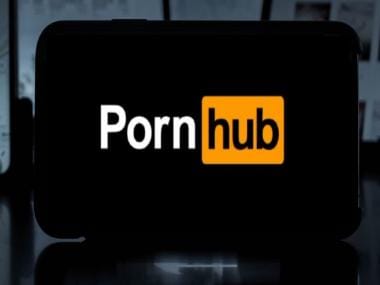 Pornhub’s decision is important and will help tackling child and non-consensual pornography, but it is not enough.

In Canada, two teenage women Amanda Todd and Rehtaeh Parsons died by suicide within six months of each other. Their cases were still described as cases of “cyberbullying”. In Todd’s case, sexually explicit photos of her were distributed on the internet, prompting her family to relocate several times. However, she was unable to escape her past when her bully kept sending sexually explicit images of her to her classmates, teachers, and parents of her new schools. After one failed suicide attempt, she died by suicide in 2012. Rehtaeh Parsons was 15 when she was allegedly raped, while inebriated, at a party. The incident was photographed and distributed to people in her school and town a few days after the incident. She was driven to suicide due to harassment and slut-shaming.

As seen above, in one case the act in itself was consensual, but not the distribution, and in the other case, both the acts and the online distribution were non-consensual. The psychological impact of having to relive your rape again and again on social media and pornographic websites can be fatal.

The growing popularity of such videos is also telling of the deeply entrenched rape culture in society.

Rape culture doesn’t start with rape, it starts with the normalisation of rape jokes, objectification of women, casual sexism, and toxic masculinity, among others. It creates an environment or culture where these things are not just normalised but also celebrated.

‘India raped Pakistan in that cricket match’ is a common phrase used during intense matches and is fairly acceptable.

What’s the harm in casually talking about rape in the context of sports, right? Wrong. Rape is a heinous crime that asserts power over its victim, violates them physically, sexually, and mentally, and takes away the victim’s agency and autonomy.

It also places the onus of safety on the victims.

Popular culture, cinema, and media also do their part in reinforcing the rape culture by glamourising sexual assault with sexist lyrics, insensitive language, and exclusive under the skirt or breast shots. The use of rape for comic relief or to titillate the viewer not only trivialises the trauma of rape survivors but also normalises rape.

The pornographic websites must do their part to prevent the distribution and sale of non-consensual sex videos and rape videos on their platforms. But that alone won’t help. One needs to nip it in the bud, and start questioning the normalised rape culture.

The author smashes the patriarchy for a living. She is the founder and editor-in-chief of Feminism in India, an award-winning digital bilingual feminist media platform. Currently, Japleen oversees the strategic vision and growth at FII.