The brother of a young girl whose death in Ukraine caught the attention of the world’s media is also fighting for his life, reports say.

Pictures of Polina, who was in the final year of primary school in Kyiv, shocked observers around the world after authorities in the city said she had been shot dead in her family car as they attempted to flee.

Her parents Anton Kudrin and Svetlana Zapadynskaya were also killed as they drove out of the north west of the capital.

Now it appears Polina’s brother Semyon is in a critical condition in hospital, unaware that his family have been gunned down, according to Mail Online.

The family’s eldest daughter, Sofia, was also wounded in the shooting and has been hospitalised.

A picture shows a grieving relative at Semyon’s side, with her head bowed as he lies stricken on a ventilator.

At least 16 children are said to have been killed in the fighting so far – though that figure is expected to rise. 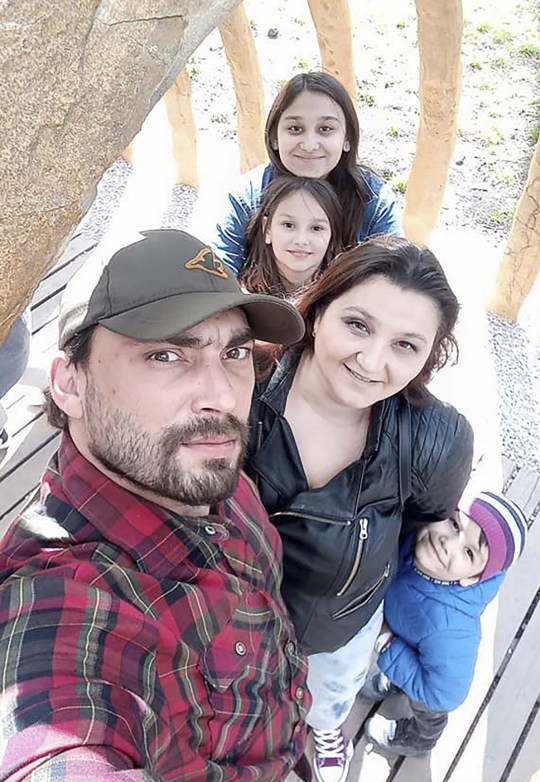 Father Anton Kudrin and mum Svetlana Zapadynskaya were driving out of Kyiv with their children when their car came under attack (Picture: Facebook/east2west news) 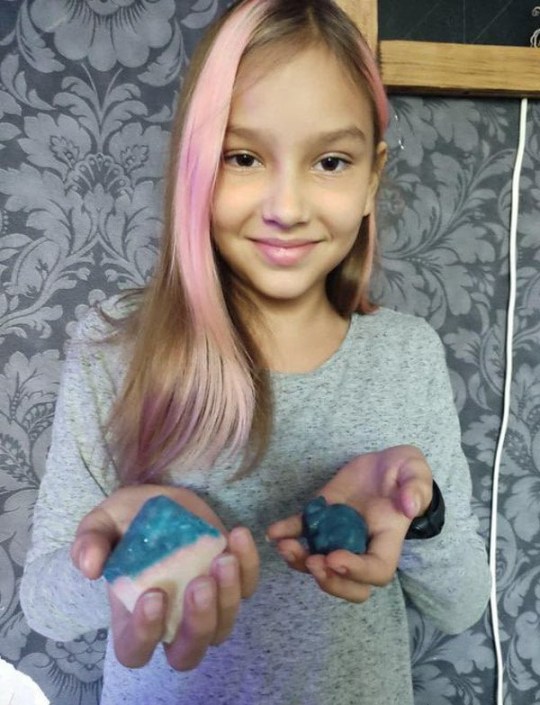 Polina was in her final year at primary school (Picture: Volodymyr Bondarenko/Facebook) 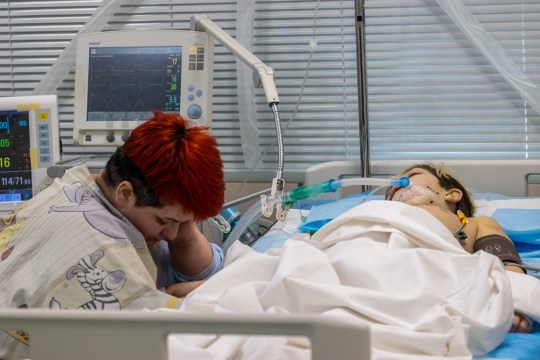 Semyon was badly hurt in the shooting and is unlikely to know that three other family members were killed (Picture: Getty Images)

Pictures of Harry Potter-mad Polina, aged nine or 10, were beamed across the UK following the attack, as international outrage at Vladimir Putin’s invasion intensified.

She can be seen smiling with pink highlights in her hair.

A picture of the family of five has also emerged – but it remains unclear if any of them will survive.

Elsewhere, one victim of a Russian bombing of a kindergarten has been named, following the attack on Friday.

Alisa Hlans, who was not yet eight, is believed to be one of six people who died in the small town of Okhtyrka.

7 year-old girl died of being shot with âGradâin Okhtyrka;a family with a child executed in Kyiv;an ambulance with people inside burned down from shelling in Kherson Region.More and more of such cases occur every hour. The Russian aggressor is inhuman,brutal and will be punished!

Prosecutor General Irina Venediktova said she succumbed to her wounds in hospital on Saturday.

Meanwhile, Ukraine has claimed that nearly 6,000 Russian troops are dead.

The Ukrainian civilian death toll is rising all the time, but had topped 350 on Monday.

It comes as the UK Ministry of Defence said Russian air and artillery strikes on densely populated urban areas had increased in the last 48 hours across Ukraine.

It added that Kharkiv, Kherson and Mariupol were now ‘likely’ to be encircled by Russian forces.