He also called these children inspiration for the whole society. “You all must work keeping in mind how your work can help the country,” the prime minister said while interacting with the Rashtriya Bal Puraskar recipients.

Each child has been given a medal, a cash prize of Rs 1,00,000 and a certificate. The prime minister also greeted every one on the occasion of National Girl Child Day.

Interacting with the youngsters who have been conferred the Rashtriya Bal Puraskar. https://t.co/rMEIt4dInz

Interacting with Kumari Tarushi Gaur from Chandigarh, Modi enquired about her opinion on the balance between sports and studies. The prime minister asked why Tarushi idolises boxer Mary Kom. She informed the prime minister that she likes her because of her commitment to excellence and balance that she strikes as a sportsperson and as a mother. The prime minister said that the government is committed to providing all the facilities to the sportspersons and creating a mindset of winning at every level.

Addressing the gathering, Modi noted that these awards become all the more significant in the light of the fact that they have been conferred during the important period when the country is celebrating Azadi Ka Amrit Mahotsav.

He said this is the time to draw energy from the past and dedicate oneself to achieving great results in the coming 25 years of the Amrit kaal. He also greeted the daughters of the country on National Girl Child Day. Remembering the glorious history of the Freedom Struggle, he said,“These fighters had made the country’s freedom the mission of their lives at a very young age and had dedicated themselves for it.”

The prime minister lauded that the children of India have shown their modern and scientific thinking in the vaccination program as well. Since 3 January, in just 20 days, more than 40 million children have got the corona vaccine.

He also lauded them for their leadership in the Swachch Bharat Abhiyan. The prime minister appealed to them to be an ambassador for Vocal for Local and lead the campaign of Aatmanirbhar Bharat. 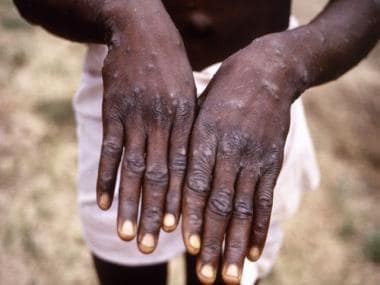