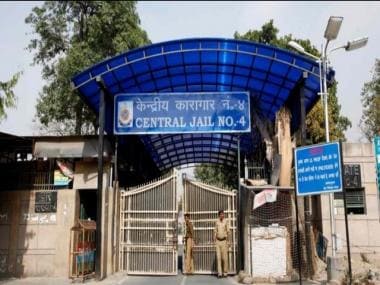 Last month, in a similar incident Father Stan Swamy, an accused in the same case, had to wait for 22 days to receive a sipper in the prison. Father Swamy, an 83 years old tribal rights activist, is suffering from Parkinson’s disease and requires a sipper or a straw to drink as he has trouble holding the tumbler. Due to his health condition, Father Swamy also requires assistance for his daily chores including eating, bathing and washing clothes. In absence of institutional caregivers in the prison, he is entirely dependent on help from other inmates.

Earlier, in 2015, Professor GN Saibaba, a paralysis patient arrested for Maoist links, faced similar hardships. Despite his ailment, Saibaba was locked up in the infamous “Anda” cells, a colloquial term for egg-shaped high-security prison cells that are poorly ventilated, with little space for movement. Later, considering his condition, a sessions court ordered Nagpur Central Prison to provide him with assistants, western commode, and a disabled-friendly bed.

These incidents highlight one of the major failings of Indian prisons system — prisons are not designed for the elderly. Most prisons are established to restrict freedom of young miscreants and fail to provide necessary care for the old. As elderly inmates suffer from higher rates of health concerns, mental illness and impaired movements, the strenuous infrastructure, insufficient medical care, and lack of support from prison authorities make prisons inhospitable for them.

The architecture of prisons creates an adverse environment for the elderly. The Prisons of Bihar Status Report- 2015 released by Bihar State Legal Services Authority highlighted the intimidating character of the prison architecture and described prisons as resembling gigantic dark pits.

These old and dilapidated prison structures with multiple stairs, damp walls, asbestos ceilings, lack of toilets and an overall repressive environment add to the hardships of elderly inmates and those suffering from complex health issues. As a result of this, in recent years, several prison inmates have been compelled to file applications before the court for basic amenities such as a mattress, disabled-friendly cells, beds and western commodes.

Recent years saw a rapid rise in the population of elderly inmates. As per the Prison Statistics India reports by National Crime Records Bureau (NCRB), between 2010 and 2019 the number of prisoners above 50 years of age increased exponentially from 26,305 inmates to 63,336. This increase in the number of elderly inmates puts more stress on available facilities and makes this situation worse.

United Nations Convention on the Rights of Person with Disabilities, to which India is a ratifying signatory, obligates public authorities to respect the rights of the disabled and develop and adapt facilities for their special needs. As the Indian population is likely to age rapidly in the coming decades, the prison infrastructure should be upgraded to better suit the ageing population.

Medical care has been a long-standing concern for prisons in India. As on 31 December 2019, more than 40 per cent of the sanctioned strength of medical officers were vacant in prisons across India. As a result of such vacancy, prisons have insufficient medical staff to tend to the requirements of ailing inmates. This situation is worse in states like West Bengal and Karnataka where one medical attendant is shared by 923 and 691 prisoners respectively.

Acknowledging the lack of medical care in prisons, Supreme Court in Shri Rama Murthy v. State of Karnataka (1996) noted that the prisoners suffer from a double handicap, firstly, due to insufficient medical care, and secondly, because of exposure to health hazards caused by poor sanitation and unhygienic conditions. In addition, the unsuitable infrastructure and physical hardships can also exacerbate the already existing healthcare requirements for the elderly.

In recent years, the mortality rate in prisons has witnessed a rapid rise. As per the Prison Statistics India reports by NCRB, the number of deaths per 1,00,000 prisoners has increased from 311.8 in 2001 to 370.8 in 2019. These statistics call for a planned approach to address the healthcare requirements of the inmates.

Insufficient medical care and unhealthy conditions make elderly inmates dependent on fellow inmates and prison officers for care and daily chores. In 2014, to address this concern, Tihar Jail, Delhi established a special ward for the elderly where prisoners were cared for by the attendants. Such initiatives should be scaled up to prisons across the country with dedicated caregivers to attend to the elderly. For this purpose, the prison department across states should appoint more nurses and care staff for prisons.

While these initiatives can help provide better care for elderly inmates, the implementations of these measures depend on the prison authorities. Instances such as 22 days delay in providing a sipper to a Parkinson’s patient display the negligent attitude of the prison authorities towards the health and well-being of prisoners.

Therefore, to make prisons suitable for the elderly and disabled individuals it is important to view inmates through a reformative lens rather than a punitive one. This change in understanding the ideology and purpose of prisons as institutions are essential to transform the living conditions of inmates in general and elderly inmates in particular. The sustained public involvement and discourse, like that for recent incidents involving Gautam Navlakha and Father Stan Swamy, is essential to generate awareness in this direction and effectuate prison reforms.