Striking images from today’s procession have been picked out by the Royal Family (Pictures: PA/Reuters)

The Queen has showcased her favourite photographs from today’s spectacular Trooping the Colour ceremony.

Pictures shared by Her Majesty include her great-grandchildren Charlotte, Louis and George waving as they pass on a horse-drawn carriage.

They also include snaps of parading soldiers and horses, and a beautiful shot of the regimental mascot of the Irish Guards – Seamus the Irish wolfhound.

The traditional parade in front of Buckingham Palace is a celebration of the Queen’s official state birthday.

However this one is extra special, as it coincides with her Platinum Jubilee, marking 70 years on the throne.

It featured a spectacular display of pageantry from the 1st Battalion Irish Guards, and more than 1,200 officers and soldiers from the Household Division.

The display also featured the 1st Battalion Irish Guards alongside hundreds of Army musicians and around 240 horses. 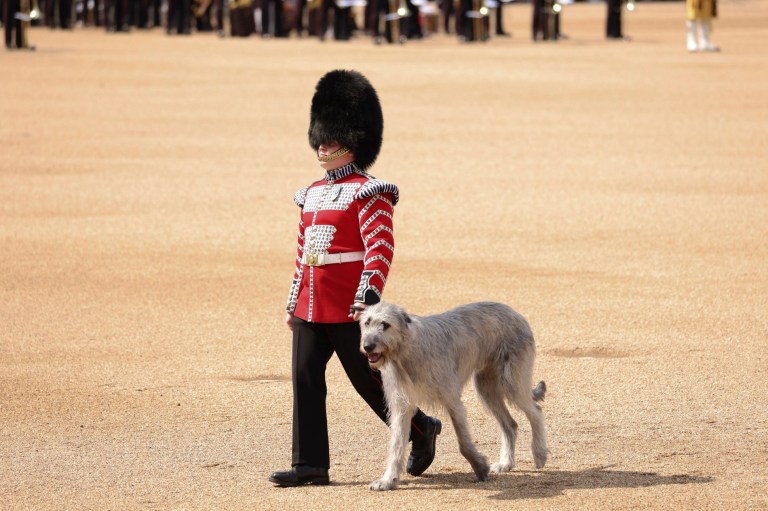 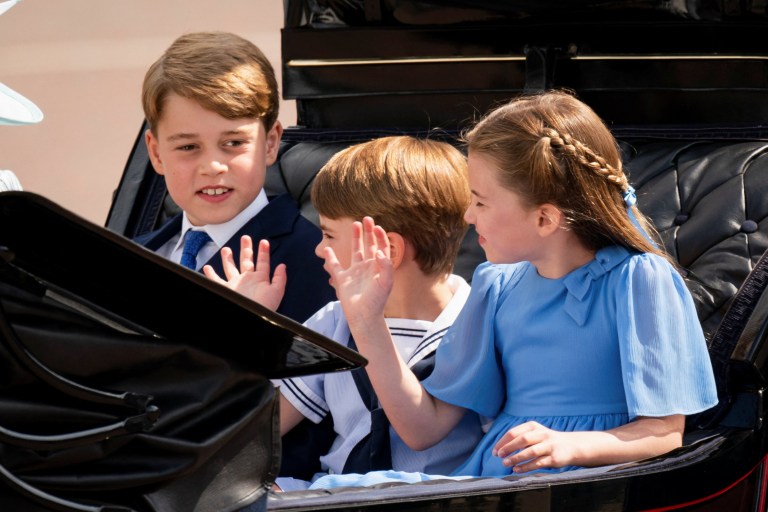 It was then followed by by a flypast of the famous Red Arrows, a Lancaster Bomber, Supermarine Spitfires, and Hawker Hurricanes

The Queen smiled throughout the flypast and waved at the crowds before going back into the palace.

It particularly significant for the 96-year-old monarch, as it was her first Trooping the Colour without Prince Philip by her side, after losing him in April last year.

Sharing a selection of photos on Twitter, the official Royal Family account wrote: ‘The Queen’s #PlatinumJubilee Celebration Weekend got off in fantastic style with Trooping the Colour.

‘The Prince of Wales took the Salute, with The Duke of Cambridge and The Princess Royal also riding in this display of military precision, horsemanship and fanfare.’ 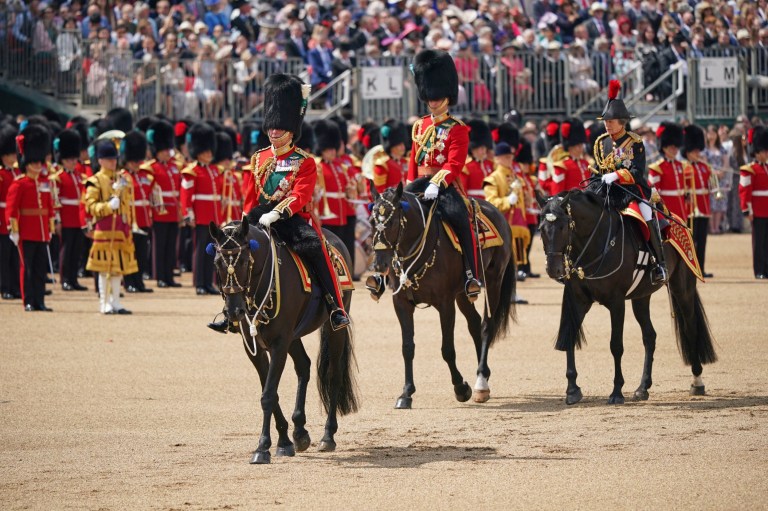 The Duke of Cambridge, the Prince of Wales (front) and the the Princess Royal during the Trooping the Colour ceremony (Picture: PA) 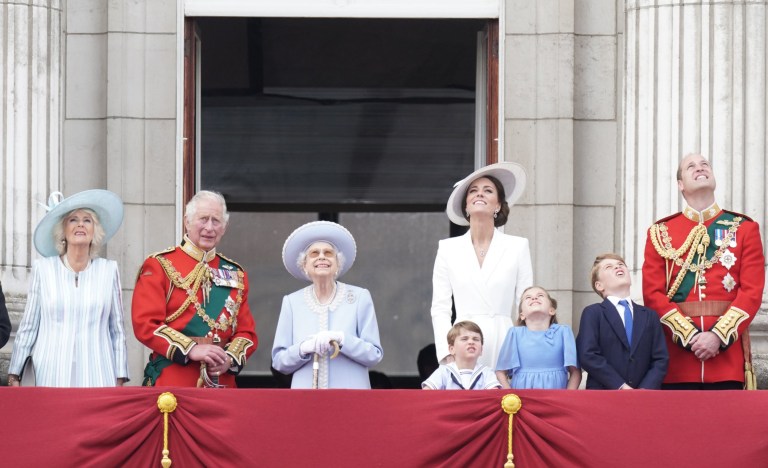 Louis, four, stole the show in his adorable sailor outfit as he pulled off an impressive array of funny faces on the palace balcony.

The fifth in line to the throne even saluted the crowds at the end of the Trooping the Colour parade.

Prince Harry and Meghan Markle landed in the UK yesterday for the Queen’s Platinum Jubilee celebrations.

It means the Queen will finally get to meet her great-granddaughter Lilibet, who was born in California, where her family settled down after quitting a working royals.

However the Sussexes were not on the balcony for today’s procession, instead watching it from a private room at the Major General’s Office.