A PILOT has been spotted going above and beyond for a passenger after they left their handbag in the airport.

Despite having already pulled away from the air bridge, the captain managed to get the bag onboard.

In a video shared on Reddit, an airport worker is seen approaching the end of the bridge with the bag in his hand.

The pilot, who is flying a Frontier Airlines plane, then leans out of the window in the cockpit and catches the bag that is thrown to him.

Their efforts impressed the internet, with the clip racking up millions of views, more then 50,000 likes and 600 comments.

One person said: “Going forward I will only fly exclusively on an aircraft named Ichabod the Whooping Crane.” 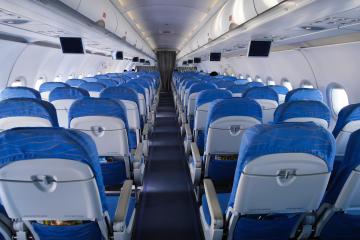 Another added: “That toss was a lot harder than it looks.  He nailed it perfectly.”

Others were far more concerned about the fact the cockpit windows open though.

One person said: “Wasn’t aware that panel of glass can open like that. That’s a bit unnerving.”

Another added: “I’m actually terrified now knowing that those windows can be opened.”

There has actually be one instance of a pilot being sucked through the cockpit window during a flight.

In 1990, some 27 minutes into a BA flight from Birmingham to Malaga, as the plane was travelling over Oxfordshire, two of the six cockpit windows shattered.

Captain Tim Lancaster was ripped from his seat and sucked out of the window at 23,000ft.

The force also blew the cockpit door from its hinges, nearly knocking flight attendant Nigel Ogden to the ground.

Mr Ogden rushed into the cockpit and managed to grab the pilot’s legs as he disappeared out of the window.

He was gradually slipping out of the window as he held onto the pilot, but thankfully a second cabin crew member called John Heward came running into the cockpit and grabbed him by the belt.

While the co-pilot Alistair Atchinson took over the controls, a second flight attendant called Simon scrapped himself into the third pilot’s chair and helped to hold on to the chain of men. 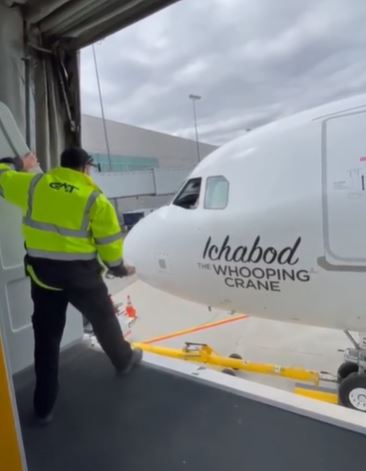 People online praised the pilots skills at catching the bag