PIERS Morgan was left grimacing on today’s Good Morning Britain as Suanna Reid ‘removed’ a two-metre-long piece of wood from his bottom.

The pair poked fun at a hilarious editing gaffe from last week that made it look like Susanna had pulled a Scotch egg from Piers’s rear. 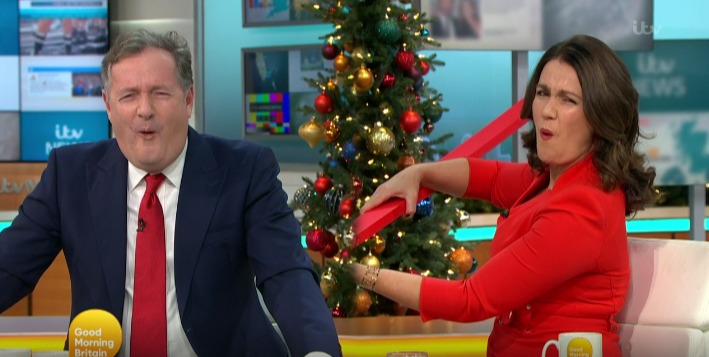 Upping the ante today, Susanna pretended to struggle with the festive red 2×4 as she slowly fed it through her fingers.

All the while, Piers scrunched up his face so that viewers could almost feel his feigned pain.

Last week, the pair had been sitting two metres apart, but a clever edit to make them look side by side backfired when Susanna reached underneath her desk.

After a good rummage, Susanna triumphantly emerged with the snack, or substantial meal as it’s now known. 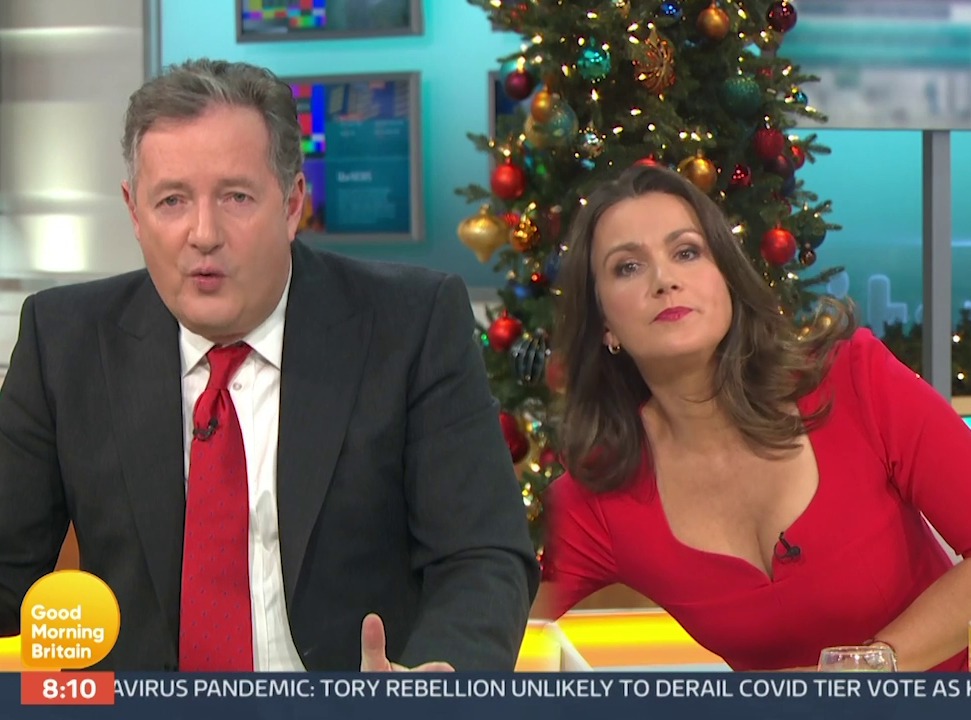 The 55-year-old presenter posted the footage on Twitter and explained the blunder. 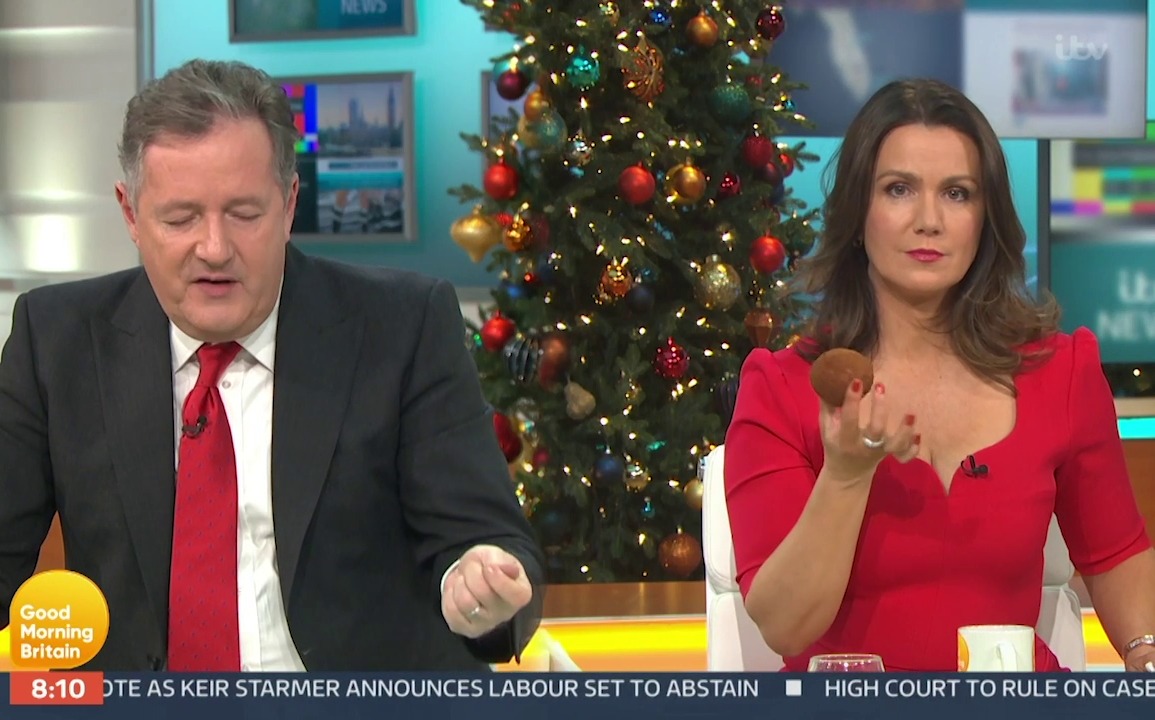 Even more alarmingly, it looked like she had pulled out a Scotch egg 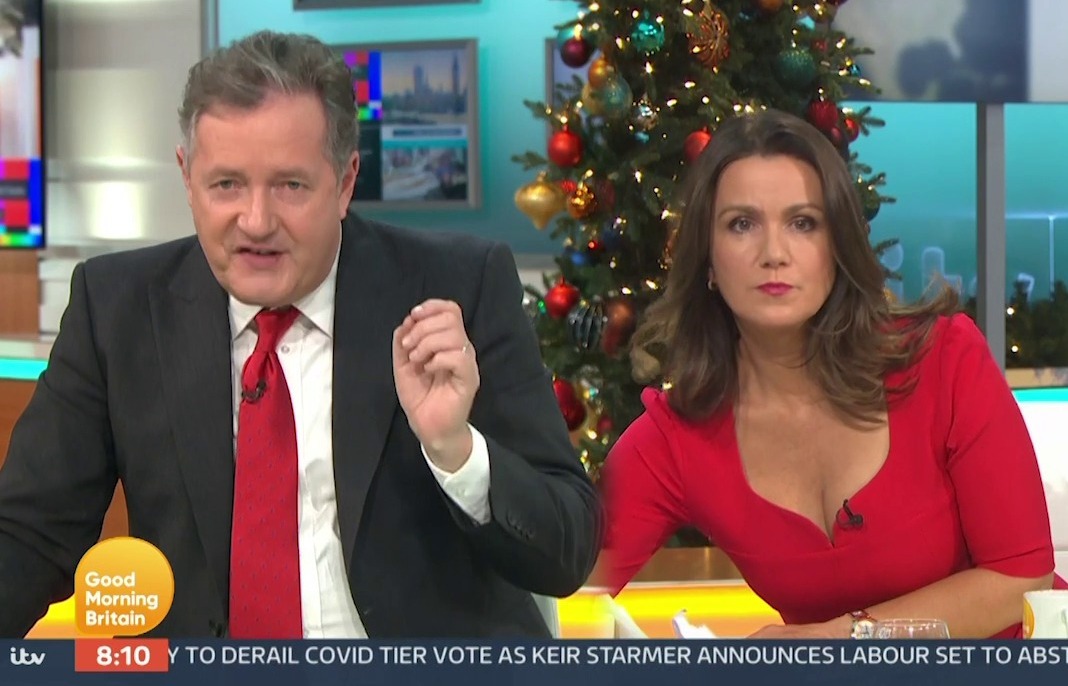 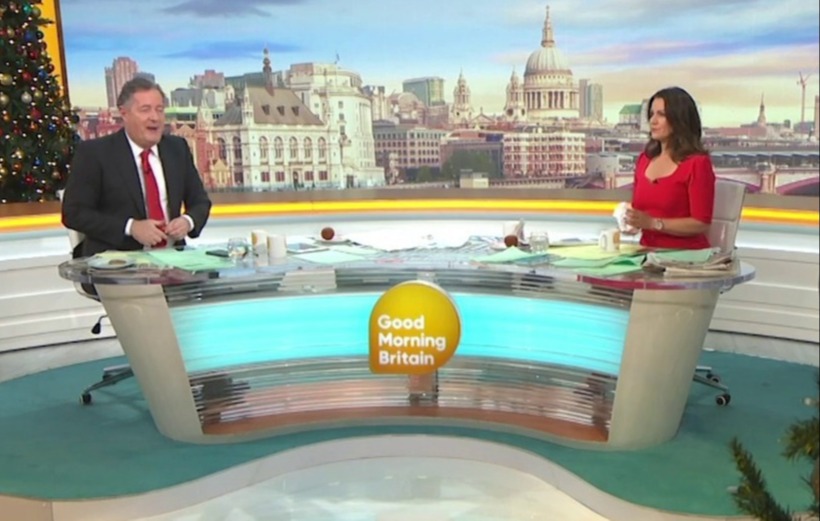 One viewer replied: “Bet you wish it was.”

A second joked: “I hope Susanna followed the Covid guidelines and washed her hands for a good 20 seconds or more.”

Another joked: “Kids watching the show would be like ‘Mummy what’s that woman on the tv doing to that man’ lol.”

The eggs have been at the heart of the news agenda in the past week as pubs reopened in tier 2 areas after lockdown.

In order to enjoy alcohol in a boozer, punters must buy a substantial meal.

Much argument has been had over what constitutes substantial, but Scotch eggs have made the cut and as a result boosted their popularity.