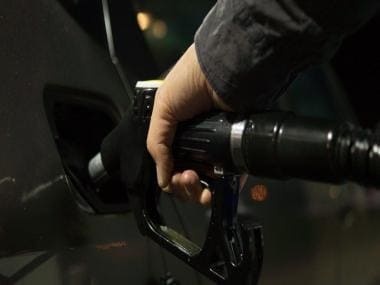 In Delhi, petrol and diesel prices witnessed a hike of 35 paise per litre each. Petrol now costs Rs 90.93 a litre while diesel is selling at Rs 81.32 per litre in Delhi

After remaining steady for a few days, petrol and diesel prices soared to new highs as fuel rates were hiked again on Tuesday (23 February).

In Delhi, petrol and diesel prices witnessed a hike of 35 paise per litre each. Petrol now costs Rs 90.93 a litre while diesel is selling at Rs 81.32 per litre in Delhi.

In Mumbai, the financial capital of India, petrol is now retailing at Rs 97.34 while diesel now stands at Rs 88.44.

As per Indian Oil Corporation’s website, petrol is selling for Rs 92.90 per litre while diesel costs Rs 86.11 in Tamil Nadu.

The rise in prices on 23 February has pushed up the retails, which varies from state to state keeping in mind the taxes collected by central and state governments along with freight charges.

Part of the reason the fuel prices are seeing a spike is because of recovering crude oil prices. The taxes were raised last year as the pandemic dried up other revenue sources for the government and the elevated taxes kept fuel prices hiked up even though crude oil prices crashed and stayed low for much of 2020.

The report cited Reserve Bank of India governor Shaktikanta Das calling for a reduction in indirect taxes on fuel to contain fuel prices at rational levels. He stated that active supply-side measures, particularly in enabling a standardised unwinding of high indirect taxes on petrol and diesel are extremely important towards containing a further build-up of costs in the country.

Among the state, Rajasthan charges the highest-added tax (VAT) followed by Madhya Pradesh. Last week the key auto fuel was at Rs 101.59 in Rajasthan’s Sri Ganganagar, while diesel was retailing at Rs 93.61 per litre. In Madhya Pradesh’s Anuppur, petrol today costs Rs 101.34 per litre and diesel is selling for Rs 91.81, a report in the Indian Express added.