PETER WRIGHT says it will be a long time before we see the last of the Mohicans.

And given he wants to carry on for at least nine more years, he fancies being an oche rocker well into his 60s!

Darts star Peter Wright is known for his colourful hairstyles on the ocheCredit: Getty

Scottish ace Wright is looking to win the PDC World Darts Championship for the second timeCredit: Marc Aspland – The Times

Snakebite, 51, is renowned for his colourful Mohawk, extravagant clothes and snazzy tattoos.

It takes about three hours before a match for hairdresser wife Jo to dye and sculpt his elaborate hair.

Traditionally for his opening match at the William Hill PDC World Darts Championship, the Scot goes that extra mile — and comes up with an even crazier idea.

Last year, he wore an outrageous green Grinch costume as he began the defence of his world darts crown.

In 2019, he survived a scare in his first match dressed as an Elf!

His latest attire is a well-kept secret and will be unveiled on Friday night in his second-round clash against Englishman Ryan Meikle.

World No 2 Wright said: “Wearing fancy dress doesn’t put me off. It’s just that people decide to play their best darts against me. For that one time of the year, they decide to go nuts.

“Will I ever grow out of the Mohawk? Only if Jo wasn’t around.

“If something happened to her, I wouldn’t have anyone else doing it. I do get fed up with the preparation.

“But we have created a monster and have to stick with it! Jo will tell me to stop moving my head during the prep.

“She tells me about the  player I’m facing, when he last played, what he needs to improve on. I’ve already done my practising in the room before Jo  starts with my hair.

Wright beat Michael van Gerwen 7-3 in the final to lift the Sid Waddell Trophy in January 2020.

It capped an incredible journey to the top of the sport  and since then he has flourished — winning the Masters, the Europeans, the World Matchplay and the Players Championship Finals last month. 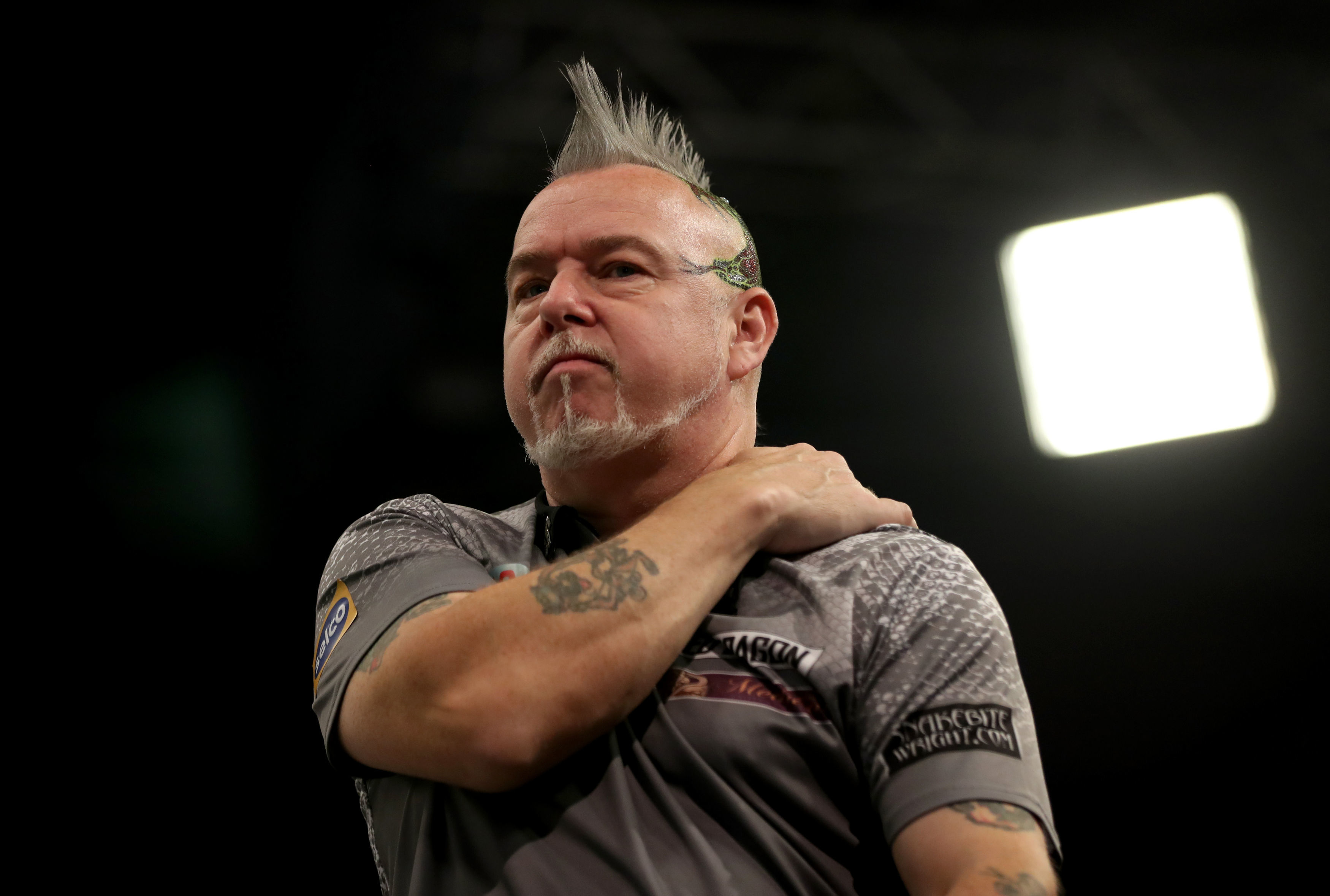 Wright, who keeps chickens on his Suffolk farm, said: “I think I can still be playing probably for another nine years.

“I’m still young in terms of winning majors. But I still have to become better. Playing the likes of Gerwyn Price and Michael van Gerwen will inspire me.

“I will win the world title at least five times before I retire. I’m waiting for the one that’s worth £1million — even if I have to come out of retirement!”