The Pentagon warned Friday that Russia has amassed sufficient combat power to take cities and substantial swaths of territory in Ukraine, whose leaders warned the U.S. was overstating the Russian threat.

“While we don’t believe that [Russian] President [Vladimir] Putin has made a final decision to use these forces against Ukraine, he clearly now has that capability,” Secretary of Defense

In the military’s starkest public warning to date, Mr. Austin said the Russian leader had multiple options: “The seizure of cities and significant territories, but also coercive acts and provocative political acts like the recognition of breakaway territories.”

Mr. Austin said there remained room for a diplomatic outcome. But Chairman of the Joint Chiefs of Staff Gen.

speaking alongside him, bluntly described the impact of a potential invasion, citing the size and makeup of the forces Mr. Putin has amassed on the Ukraine border.

“If that was unleashed on Ukraine, it would be significant, very significant, and result in significant amount of casualties,” Gen. Milley said. “You can imagine what that might look like in dense urban areas, along roads and so on, so forth, it would be horrific, it would be terrible, and it’s not necessary and we think a diplomatic outcome is the way to go here.”

Russian President Vladimir Putin said the U.S. and NATO had ignored his demands over Ukraine.


The dire remarks from the top officials at the Pentagon were a significant departure from the earlier call by Ukrainian officials for calm. Ukrainian leaders asked European governments to keep their diplomats in place and have publicly and privately pushed the U.S. to dial back its public rhetoric that a renewed Russian incursion may be imminent.

told reporters late Friday. “We need the unity of our people. People have to feel sure about their army, about their president. People should trust their government and special services.”

The numbers of Russian forces along the border weren’t drastically different from those placed there last April,

Ukraine’s defense minister, told his country’s parliament Friday. That deployment was the largest since Moscow annexed Crimea in 2014 and began fomenting a rebellion in Ukraine’s industrial east. He said Kyiv is currently monitoring about 112,000 Russian troops, or about 130,000 with naval and air forces, compared with about 126,000 in the spring.

Meanwhile, on Friday Mr. Putin said the U.S. and the North Atlantic Treaty Organization had ignored his demands to hold off from any moves that he says would threaten Russian security, in his first publicly released response to Western proposals to ease the crisis over Ukraine.

Mr. Putin’s remarks—released in a Kremlin readout of a conversation with French President

on Friday—focused squarely on the simmering crisis over Ukraine. He told the French leader he would study written responses from both Washington and NATO on his demands that the U.S.-led security alliance bar Ukraine from ever joining and that NATO troops be rolled back from parts of Eastern Europe. Only then would he decide on what he termed “further actions.”

A military buildup along the Ukrainian border is further straining ties between Russia and the U.S., after clashes over cybercrime, expulsions of diplomats and a migrant crisis in Belarus. WSJ explains what is deepening the rift between Washington and Moscow. Photo Composite/Video: Michelle Inez Simon

The Western proposals, according to U.S. officials, made concessions to Russia that would include constraints on military maneuvers that Moscow considers provocative. Ukrainian officials said they were briefed on the allies’ response.

But the Russian leader said his “fundamental concerns”—a drawdown of NATO troops and a bar on Ukraine joining the alliance—had been ignored.

Moscow issued its demands after deploying tens of thousands of troops around its ex-Soviet neighbor’s borders. In response, Washington has warned of an unprecedented set of economic sanctions if Russia invades.

Western officials have said Moscow has put in place what appear to be final preparations for an invasion of Ukraine by sending medical units to the front, moving to a level of readiness that it hadn’t reached in past buildups.

“I want to emphasize again, the threat is very real and it’s imminent,” said 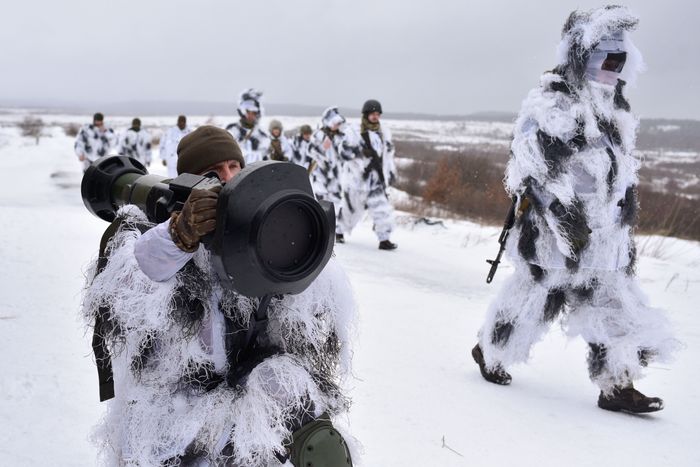 A Ukrainian serviceman with an antitank missile system on Friday.

In contrast to Ukraine’s assessment, Mr. Sullivan described Russia’s current military deployment as a “much larger-scale undertaking” than the one seen last spring and one that poses a “significant increase in the military risk, the threat.”

The divergence of views has left Washington’s European allies to sort between the dire U.S. outlook, and the more cautious view from Kyiv. For the most part, European Union governments have kept their diplomats in the country, days after the U.S. and the U.K. sent nonessential embassy staff home.

“Right now, we don’t see a need for that,” said

chairman of the Foreign Affairs Committee of Estonia’s parliament. “The feeling is positive. I don’t know how you calculate this, but this is not a new situation for Ukraine.”

“They don’t see here that the situation could escalate in the next few weeks or so,” said Mr. Mihkelson, who was in Kyiv for closed-door sessions with Ukrainian military chiefs. “But again, nobody knows. Nobody knows what is in Putin’s head.” 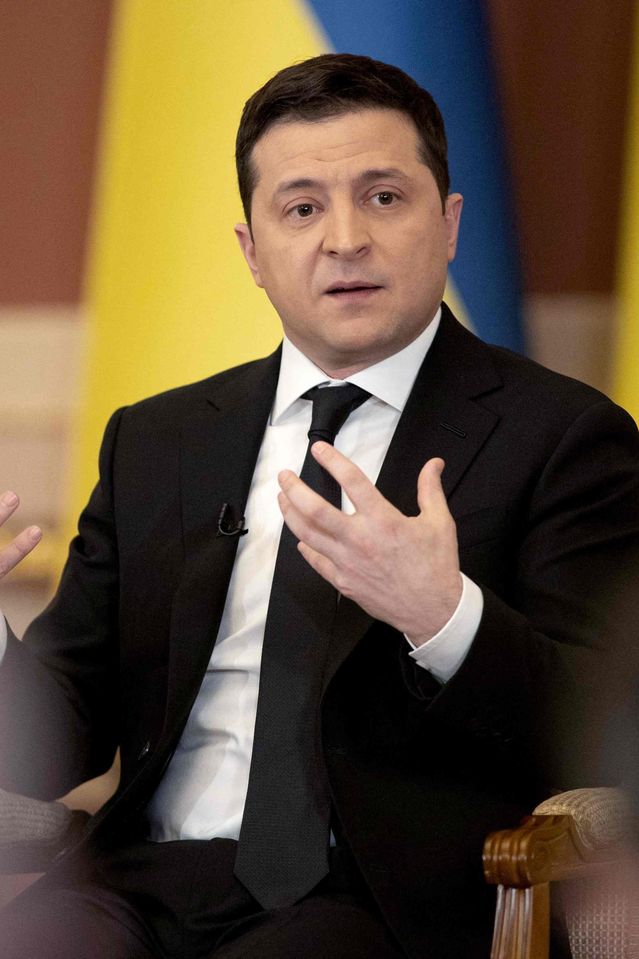 ‘People have to feel sure about their army, about their president,’ Ukrainian President Volodymyr Zelensky said Friday.

In private, Ukrainian officials expressed their frustration to their U.S. counterparts over Washington’s stance, a U.S. official said. The strategy, the official said, is to make clear to Moscow that Washington is watching its every move and will be ready to respond immediately should it launch an attack.

But Ukraine’s leadership worries that it needs to balance between preparations and panic.

The Ukrainian president, Mr. Zelensky, on Friday urged Ukrainians not to worry. He previously has noted that the country has lived with war for nearly eight years and branded the invasion fears as rumors.

Speaking at his news conference in Kyiv, Mr. Zelensky said he and President Biden didn’t have any “misunderstandings” but went on to criticize the U.S. and the U.K. for evacuating their embassies, adding to what he considered an unfounded sense of alarm. “They are the last who should be leaving the ship and I don’t think we have a Titanic here,” he said.

He also said that NATO nations didn’t want Ukraine as a member, precisely because they might be dragged into a conflict to protect it. “If Ukraine is in NATO and then God forbid something evil happens, they will have to defend their member,” he said “Some European nations think along these lines and they can’t have the risk of Ukraine as a member.”

a retired naval captain who served as deputy chief of staff in Ukraine’s navy, said, “If Ukraine starts shouting about a massive threat from Russia then investors will leave in droves.”

—James Marson contributed to this article.

Write to Vivian Salama at vivian.salama@wsj.com, Drew Hinshaw at drew.hinshaw@wsj.com and Gordon Lubold at Gordon.Lubold@wsj.com