Pete Broadhurst, 79, wants to warn others about the dangers of plastic surgery (Picture: SWNS)

A pensioner has to tape his eyes shut before going to sleep after a botched £11,000 procedure to fix his ‘hamster’ cheeks.

Pete Broadhurst, 79, says his ‘frightening’ eyes stay open even when he tries to close them, and he now wants to warn others about the dangers of plastic surgery.

He decided to go under the knife after the mother of his two children broke up with him over his cheeks, telling him to ‘look in the mirror’.

Warning: This article contains images you may find distressing

In January 2019, Mr Broadhurst had a neck lift, under-eye blepharoplasty and rhinoplasty at BMI The Priory Hospital.

He was discharged the day after a nine-hour procedure, looking ‘horrendous’ and ‘unable to close his eyes’.

The retired painter and decorator from Four Oaks, Birmingham, said: ‘I looked like I’d been beaten up. I’m being sick all through the night and in my sleep. The day after the surgery I wished I’d never gone.’ 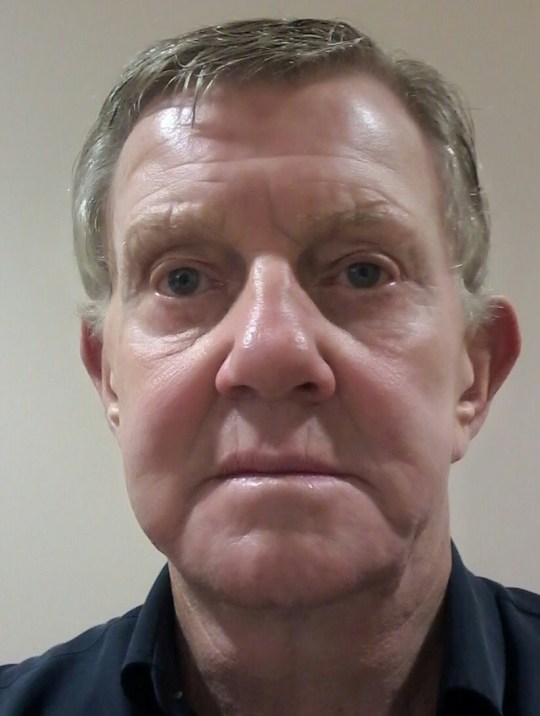 Pete Broadhurst said his ex left him over his ‘hamster’ cheeks (Picture: SWNS) 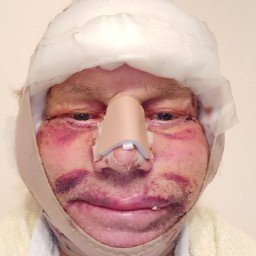 The 79-year-old had a neck lift, under-eye blepharoplasty and rhinoplasty (Picture: SWNS) 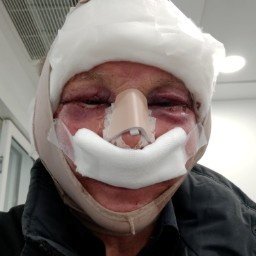 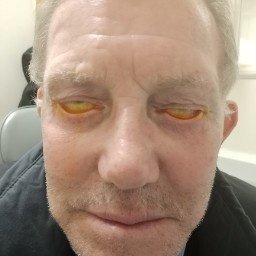 The pensioner was diagnosed with a common complication of eyelid surgery called ectropion (Picture: SWNS)

Two weeks after the surgery, he went to get the stitches removed, and told the medics his eyes were very irritated and watering.

Mr Broadhurst claims that instead of examining him, they told him all was normal and these side effects would pass.

An NHS doctor later referred him to Birmingham and Midland Eye Centre, where he was diagnosed with a common complication of eyelid surgery called ectropion.

This means his eyes were not closing fully when he blinked or slept, causing him irritation.

Months after his initial operation, his surgeon arranged a free corrective surgery to help the skin in his cheeks meet his eyelids. 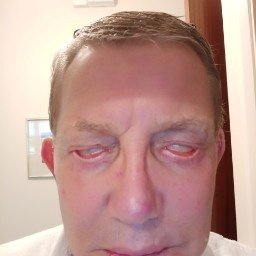 The condition means his eyes were not closing fully when he blinked or slept causing him irritation (Picture: Pete Broadhurst/ SWNS) 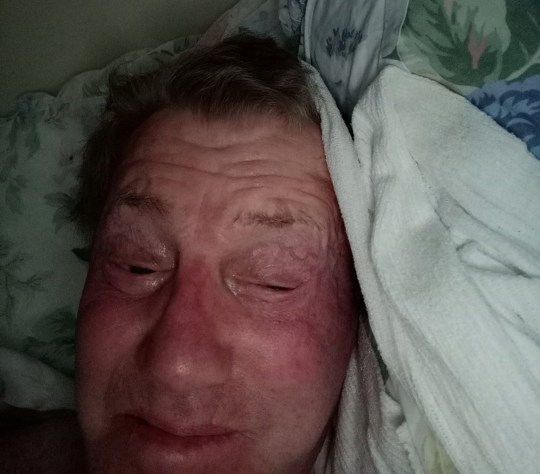 But the dad-of-two claims that more than two years later, he can still not fully close his left eye.

He said: ‘My eyes were distorted, I could barely see at all. She’d lifted my left eyelid up and my right eye had a blinker in the corner.

‘It never improved again. I was unable to see and at night I still had to tape it shut.

‘Now I’m only worried about getting my eyes comfortable. It’s gone beyond how I look. I just want relief.’

The pensioner was prescribed eye drops to take eight times a day and he has been left with the recurring nightmare.

His vision is now so poor he can’t drive a car or make out people’s facial expressions, and has given up his shooting hobby.

All private hospitals have since refused to help as they could exacerbate his vision issues, while the NHS has a year-long waiting list.

Mr Broadhurst added: ‘Whoever you trust, even a top surgeon, please be careful because it can ruin your life.’

He has now paid £7,000 for lower eyelid blepharoplasty at the Clinic Mono in Turkey, where Katie Price goes.

A BMI Healthcare spokesperson confirmed the surgeon in question is currently suspended as they are mirroring an NHS trust suspension.

They added: ‘We can’t comment on the detail of individual cases, but we are committed to the highest standards of patient safety and care quality and are investigating this matter thoroughly.’