The Matt Hancock scandal has led to widespread concerns about security in Whitehall (Picture: Getty/The Sun)

A member of the House of Lords has demanded answers over ‘bugging devices’ in Whitehall in the wake of the Matt Hancock scandal.

Lord Howard of Rising speculated security equipment in government offices could be to blame for a number of leaks of confidential material.

Mr Hancock was forced to resign as health secretary after footage of him and aide Gina Coladangelo was passed to a newspaper.

The images were captured on a CCTV camera installed in his private ministerial office and reportedly passed to The Sun by a member of staff.

An investigation has been launched amid reports MI5 could examine whether the leak raises national security questions.

Sajid Javid will not have to worry about the camera, which was reportedly covered up with tape before being disabled.

Senior figures across Whitehall, including in the Labour Party, have demanded an urgent review of security arrangements over fears sensitive information could fall into the wrong hands. 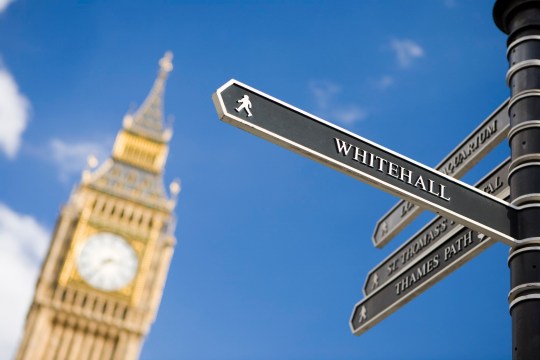 There are calls for a review of security devices across the government estate (Picture: Getty)

Downing Street has said it does not believe there were any ‘covert concerns’ in the case of Mr Hancock but Lord Howard of Rising pressed Cabinet Office minister Lord True for an investigation in the House of Lords today.

He said the ‘mind boggles’ at the potential scope of recording devices across the government estate, adding: ‘I make no comment on Matt Hancock but what happened to him does raise questions.

‘Could the minister say whether the recent filming of the secretary of state for health in his office is part of a systematic intrusion into ministerial offices?’ 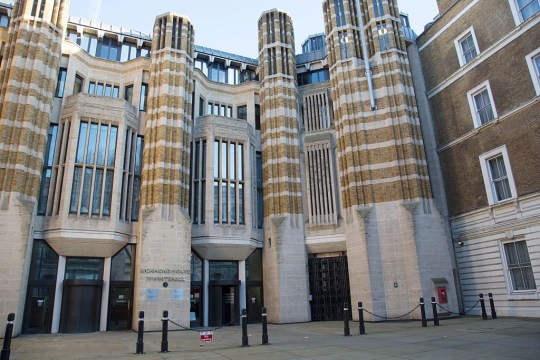 The camera in side the health department that captured Matt Hancock and his aide has been disabled (Picture: Getty)

He questioned whether or not it is appropriate for cameras to be in ministerial offices, adding: ‘It’s quite possible that highly-classified documents might be photographed.’

Lord Howard went on: ‘Are there bugging devices as well as cameras located in ministerial offices, and could that explain why there are so many leaks from all sorts of Government departments – senior, junior, wherever?

‘Might that indicate that there are a lot of recording devices all over the place. The mind boggles.’

Cabinet Office minister Lord True replied: ‘He reflects a concern that has been expressed across the House, both about the potential security implications of such devices being in ministerial offices, the capture and use of such material, and how wide that might be.

‘That has been commented on by a number of noble lords and I’m sure those responsible for the investigation, which is being supported by the Government security group, will take those points into account.’

This week provided a reminder security lapses aren’t always the fault of sophisticated technology when top secret Ministry of Defence documents were found in a ‘soggy heap’ at a bus stop in Kent.