Downing Street staff fined for attending lockdown busting parties are ‘furious’ Boris Johnson has only been handed one fine – despite attending multiple events.

The Metropolitan Police sent out 204 questionnaires during the course of its partygate investigation and issued 126 fines after looking into 10 gatherings.

But officers reportedly failed to question Mr Johnson over four gatherings of the six gatherings he is said to have attended while staff who were ordered to attend the same events have subsequently been fined.

Junior staff are said to be furious that some of them attended the same lockdown busting events as the prime minister and have received multiple fines.

‘I have no complaint about my fine. But junior staff, many women in their early 20s, are livid,’ one Downing Street insider told the Mirror.

‘They had no choice but to be there.

‘And they had reasonable grounds to believe the events had been cleared by the Covid task force.

‘Yet the PM was drinking and enjoying himself along with everyone else and pretty much gets away with it.’ 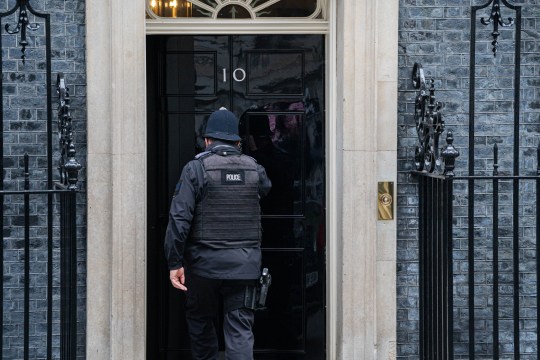 Mr Johnson was only sent two questionnaires by police, the Mirror reported on Thursday, when the Met concluded its partygate investigation.

One was for his 56th birthday party on June 19, 2020, for which he, his wife Carrie and chancellor Rishi Sunak all received a fixed penalty notice.

While the other was for the alleged party held in the Downing Street flat on November 13, 2020 to celebrate Dominic Cummings’ departure, but the prime minister did not receive a fine for this.

Staffers are understood to be puzzled why Mr Johnson was not questioned over the Downing Street garden party on May 20, 2020.

One hundred staff were invited to the gathering which Mr Johnson admitted attending but later claimed he understood to be ‘a work event’.

‘There are plenty of pictures of the PM at the events,’ the insider said.

‘Yet when it comes to him the police only looked at the ones where there was overwhelming evidence rules were broken.

‘And they came up with a fine for the birthday party. Even the police did not feel they could ignore that one.’

‘This smacks of a cover-up, with junior staff being thrown to the wolves in order to save the PM,’ she said.

While a spokesperson for the PCS civil service union said: ‘It’s one rule for the PM, Cabinet ministers and senior civil servants who organised the parties and another for junior staffers.’

The Met concluded its four-month, £460,000 investigation this week after hitting 83 people with fixed penalties.

Of those, 55 got one fine each, while 71 fines were shared between 28 people.

Acting Met Commissioner Sir Stephen House will appear before the London Assembly this week and is expected to be asked how officers decided who to fine.

A source said: ‘Many of us are scratching our heads about how junior civil servants were fined for attending the same gatherings as the PM and their bosses when they escaped.’

The Met and Number 10 have been contacted for comment.