Anthony Tipping and Tricia Livesey were stabbed more than 150 times each (Picture: MEN)

A couple stabbed to death by their mentally ill son told friends that they had found him watching over them while they slept, a court has heard.

Neighbours and friends of the mother and father told Preston Crown Court that the couple had fitted a lock to their bedroom door, but written murder threats were being slipped underneath.

They were discovered with around 165 stab wounds each following the incident near Blackburn in Higher Walton, LancsLive reported.

On Friday, the third day of their son’s trial, the jury heard testimony about Tipping’s deteriorating mental health – and said loud arguments came from the family home in Cann Bridge Street in the months before the killings.

The couple were found dead at the property after family members raised the alarm on Saturday, November 20.

They had been out the previous evening in Higher Walton with Mrs Livesey’s sister Catherine and her husband Martin.

But at around midnight, the couple’s next door neighbours heard loud banging and shouting. Tracey Wells compared the noise to ‘someone banging a door down’. 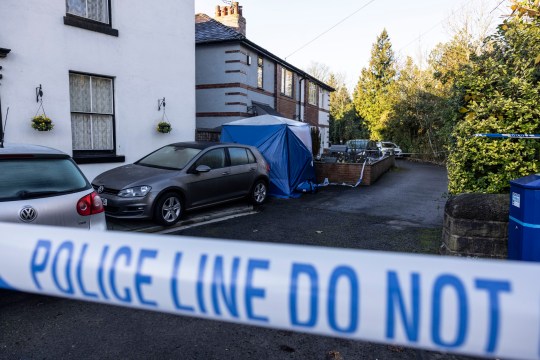 The killings happened at the family home in Higher Walton (Picture: MEN)

Mrs Wells and her husband Steve discussed how to respond, since they were aware that Tipping was afraid of the police – and they did not want to make the situation worse.

She explained that they considered going next door to check on their neighbours, but the row seemed to die down, so they presumed it had settled.

His wife added that she heard her neighbour say: ‘What have you done?’

Mrs Wells said Mr Tipping had previously told her he had fitted a lock to the bedroom due to concerns about their son. 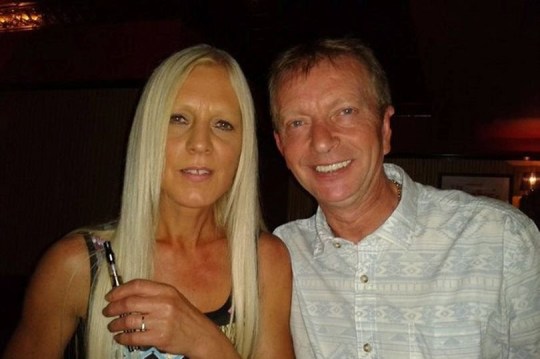 The couple told friends they would wake to find him watching over them (Picture: MEN MEDIA)

She wrote: ‘Just checking you and Trish are OK? Heard some of the upset last night and worried about you. Just didn’t know what we should/could have done to help you. If there’s anything you need now or in the future please let us know x.’

The couple said the pair were the best neighbours they could wish for but they were aware their son had mental health difficulties.

Barmaid Tracey Ainsworth also told the court about a conversation she had with the couple at the Swan Inn, around six to eight weeks before they were killed.

She said they were in the beer garden and seemed quieter than their usual selves.

Mrs Livesey told her they had put a lock on the door but Tipping had been slipping letters under it, saying he was going to murder her, she said.

Ms Ainsworth told her friend to promise to keep the letters as Mr Tipping said they were ‘hitting a brick wall’ with the mental health services and she thought they could be evidence to get more support.


On November 18, Ms Ainsworth said she saw Tipping in the village Premier store and heard him talking to the owner, ‘H’.

The court heard Tipping had claimed he was not taking his medication and was no longer drinking lager but only drinking vodka.

Jurors were told the defendant was diagnosed with paranoid schizophrenia in 2004 and had OCD and anxiety.

Medical records suggest he was ordering his prescriptions correctly.

But he was on antipsychotic medication, and missing any of his prescriptions could have a ‘destabilising’ effect, jurors heard.

In the week before the killings, Tipping was taking part in  course to qualify as a door supervisor. But his tutor Liam Hughes said despite his enthusiasm, he seemed deflated towards the end of the week.

Mr Hughes said he told Tipping to rest over the weekend and come back on Monday – but the defendant did not return.

On November 20, he was arrested by armed police at a Premier Inn in Manchester City Centre, after attempting to flee the country.

He admitted killing his parents but claimed his father had come at him with a knife.

Tipping suggested he then killed his mother to prevent her from calling the police.

He admits manslaughter but says he lost control while defending himself and denies murder.