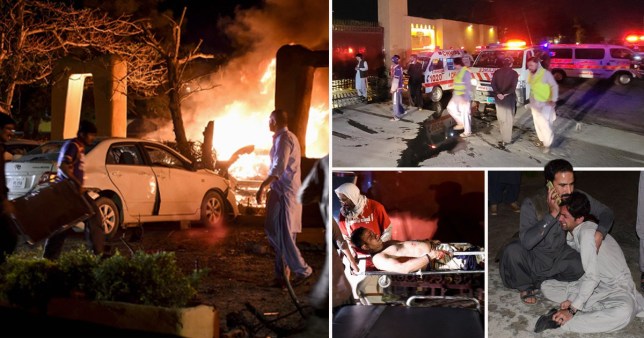 The Pakistan Taliban have claimed responsibility for the attack (Picture: Getty/AP)

Four people have been killed and 12 are injured after a powerful bomb exploded at a luxury hotel in Pakistan.

The blast happened in the car park of the five-star Serena Hotel in the south-western city of Quetta on Wednesday.

Footage on Pakistan news channels showed the building and nearby cars in flames as emergency services worked at the scene.

Police said rescuers rushed victims – with some critically injured – from the hotel to nearby hospitals.

A police officer was confirmed as one of the four people who were killed.

The Pakistan Taliban have claimed responsibility for the attack.

‘It was a suicide attack in which our suicide bomber used his explosives-filled car in the hotel,’ a spokesman for the militant group Tehreek-e-Taliban Pakistan (TTP) wrote in a text message to a Reuters reporter. 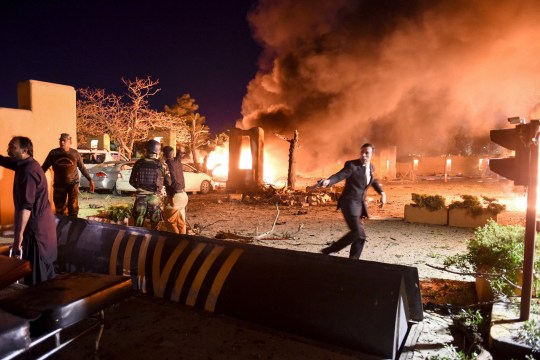 The bomb exploded in the hotel’s car park (Picture: AFP) 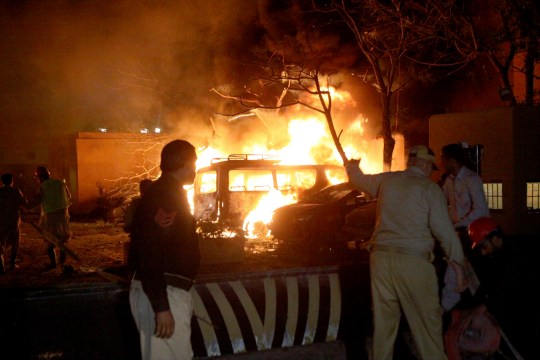 A police officer and rescue workers arrive at the site of bomb blast in Quetta (Picture: AP) 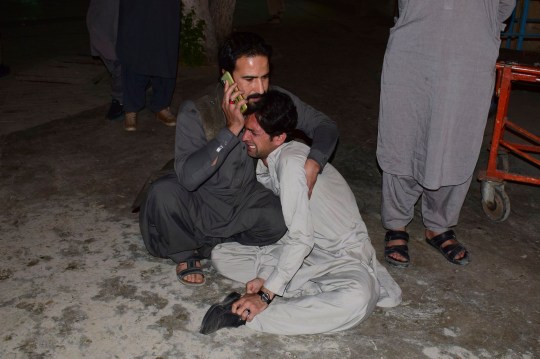 A man comforts another mourning over the death of his family member in the bomb blast (Picture: AP) 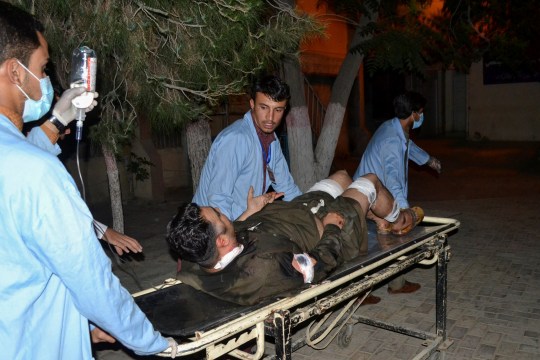 The hospital has declared an emergency (Picture: Reuters)

According to the BBC, the Chinese Ambassador to Pakistan, Nong Rong, is suspected to have been the target.

The ambassador was staying at the hotel, but was not there when the bomb exploded, said Pakistan’s interior Minister Sheikh Rashid Ahmad.

‘A car that was full of explosives exploded in the hotel,’ he told local ARY News TV.

Arbab Kamran Kasi, a doctor at Quetta’s main hospital, said about a dozen wounded were being brought there and they declared an emergency at the hospital to handle victims. 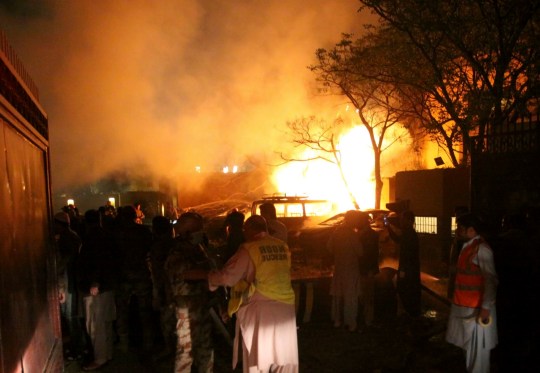 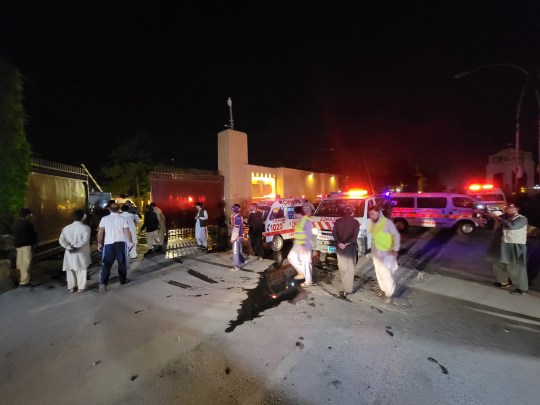 Emergency teams rushed to save people from the hotel (Picture: EPA)

The Serena hotel is frequented by foreigners as it is the city’s only luxury hotel and considered safe.

They have for decades staged attacks to press their demands for independence. The Pakistani Taliban also have a presence there.