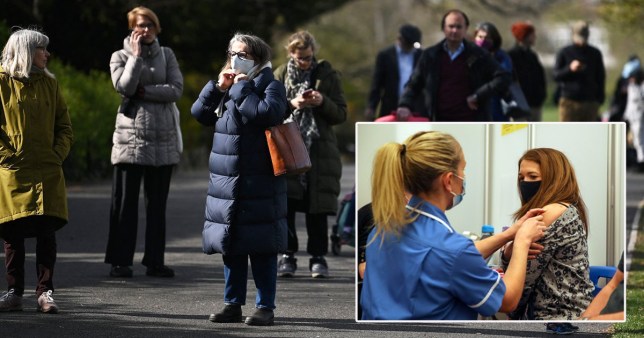 More than 8.9 million people have had two coronavirus jabs, making up 17% of the adult population (Pictures: Getty Images)

One in six adults in the UK are now fully vaccinated with both of their coronavirus jabs.

For the country to continue on schedule with Boris Johnson’s roadmap out of lockdown, the vaccination programme has to continue to go well.

The figures are looking positive as more than 8.9 million people have now had two doses, making up 17% of the adult population.

The last seven days have helped to bring the numbers up with 2.4 million second doses delivered across the country in the last week.

This is a significant rise from the 1.6 million jabs administered last week which followed 1.9 million doses the week before and just under one million the week before that.

The UK is ahead of its schedule with groups as young as over-45s in England and Scotland being invited to book their coronavirus jabs.

Likewise, in Wales and Northern Ireland, over-40s have also been asked to come forward for their doses.

It comes after the UK hit its target to vaccinate all of its top five priority groups, everyone over 50 years old and all those that fall into high-risk categories, by April 15.

These groups account for 99% of coronavirus deaths so far. 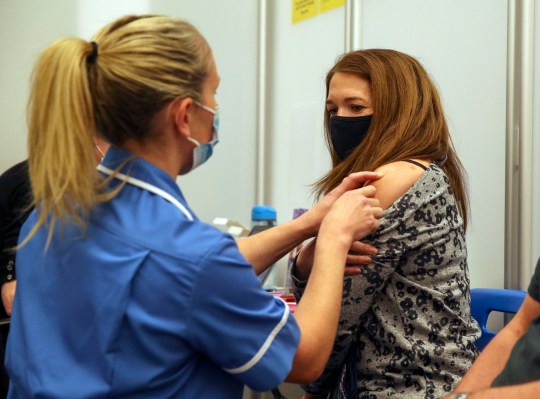 In England and Scotland, over-45s have been invited to get their jabs while over-40s have been asked to come forward in Northern Ireland and Wales (Picture: PA) 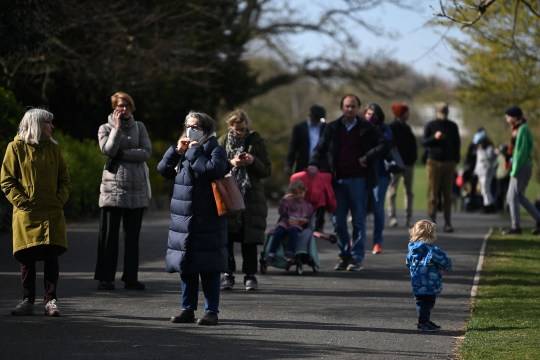 The Government is hoping frequent, rapid testing will help the vaccination programme and keep the country open (Picture: Getty Images)

People over the age of 80 were offered their first doses from early December. In England, about three-quarters of them have had their second jab, according to NHS England.

In Scotland, around 72% of over-80s have had both jabs followed by Wales with 67% and Northern Ireland with 41%.

More than a third of 16 to 49-year-olds in some parts of England have now had their first dose, while in a few local areas the proportion is as high as four in 10, according to analysis by PA news agency.

Out of 313 local authorities in England, 72 of them have given first doses to at least a third of 16 to 49-year-olds.

Havan in Hampshire has jabbed 42.7% of this age group, Wyre in Lancashire has given 42% of its age group a dose and Hertsmere in Hertfordshire has vaccinated 41.5% of their younger residents.

The further below 1 that this number is, the more an epidemic is shrinking.

In further good news, data shows Covid-19 infections across all parts of the UK have fallen to the lowest level since the autumn.

According to the latest estimates from the Office for National Statistics (ONS), around one in 480 people in private households in England had Covid-19 in the week to April 10 – down from one in 340 the previous week.