Keeping in view the prevailing shortage of vaccines, the state government is not sure whether it can start the third phase of vaccination from 1 May 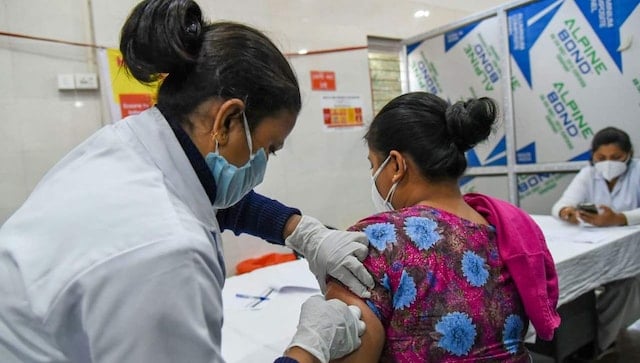 Bhubaneswar: Odisha is facing an acute shortage of Covishield vaccines forcing people to wait for a second dose of the jab for a week time, official sources said Thursday.

Against the requirement of 6.3 lakh doses of Covishield to give the second dose to beneficiaries, the state is having only 1.1 lakh doses of this variety, a senior official in the Health and Family Welfare department said.

“We are unable to give a second dose to the 45 plus age group. The state requires at least 6.3 lakh doses of Covishield vaccine for the beneficiaries who are waiting for the next dose,” the official said.

Keeping in view the prevailing shortage of vaccines, the state government is not sure whether it can start the third phase of vaccination from 1 May.

“We can make a plan for this phase after getting to know about the vaccine stock available with the state government,” Director of Family Welfare Bijay Panigrahi said.

Due to the shortfall of Covishield, the government has decided not to conduct inoculation in at least five districts such as Boudh, Jharsuguda, Koraput, Sambalpur and Subarnapur on Friday.

However, there are 3,34,500 Covaxin doses available with the state. While people across the state are administered the Covishield vaccine, the citizens of the Bhubaneswar Municipal Corporation area are getting Covaxin. Due to a shortage of the Covishield vaccines, the state Thursday conducted inoculation only in 288 centres including 61 sites for Covaxin.

There was no vaccination session in Balasore, Bhadrak, Boudh, Cuttack, Jajpur, Jharsuguda, Kendrapada, Keonjhar, Khurda, Koraput, Mayurbhanj, and Puri districts on Thursday due to the non-availability of doses.

The state government has also stopped its inoculation programme on weekends across the state due to a shortage of vaccines, he said.

Meanwhile, ahead of the third phase of the COVID vaccination programme from 1 May in the country, more than 3.94 lakh people within the age group of 18-44 years from the state have already registered themselves online for the jabs.

Registration for the third phase of COVID vaccination for anyone above 18 years of age began at 4 pm on 28 April. The registration is being done on www.cowin.gov.in, Aarogya Setu App and UMANG App.

Additional Chief Secretary, Health & Family Welfare PK Mohapatra has written to CMD Serum Institute of India to provide 40 lakh doses in May and 60 lakh doses during June, July and August.

While one crore doses of Covishield will be required for the entire state during the next four months, the state government has also placed orders for 10.34 lakh doses of Covaxin with Bharat Biotech.

The state government has said that the supply of vaccine doses should start immediately and a timeline has also been given.

By 31 May, 2021, 5 lakh doses and by 15 June rest 5.34 lakh doses of Covaxin are needed to reach the central drug store of the state, said a senior official. Chief Minister Naveen Patnaik on 25 April announced free vaccination for all.

Immediately after Patnaik’s announcement, the state government placed its orders for the vaccine to be supplied to Odidsha. While the state required 377 Lakh of Covishield vaccine doses, its Covaxin requirement is 10.34 lakh, official sources said.

The state government has targeted to spend Rs 2,000 crore towards vaccination of 2 crore people in the state.