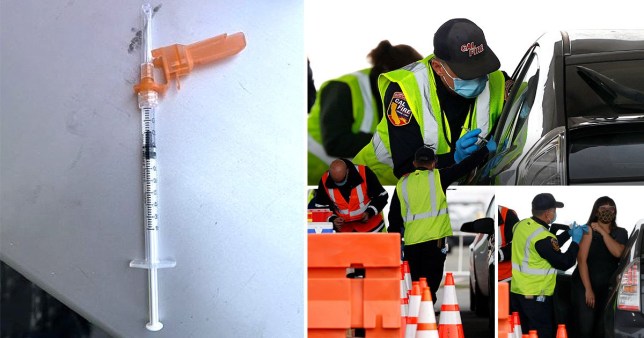 Syringes being used as the vaccination site in Oakland were leaving some of the dose in the plastic container (Picture: EPA)

Thousands of people may have been given the wrong dosage at a mass vaccination site, according to reports.

Medical workers allege a problem with the syringes led to an estimated 4,300 people getting a lower dose of the Pfizer jab than may be required to gain adequate protection against Covid-19.

KTVU reported the issue is likely to have affected anyone who received the vaccine at the Oakland Coliseum in Oakland, California, on Monday before 2pm.

Orange-capped syringes being used by those administering the vaccine couldn’t deliver the required dosage as they are designed in such a way that the plunger can’t reach all the way down.

Medics are recommended to give everyone 0.3ml of the vaccine but the problem meant that between 0.05 and 0.1ml was getting stuck at the bottom of the plastic container, meaning thousands could have received a lower dosage of 0.2ml.

Workers who spoke to KTVU on the condition of anonymity said around 4,300 people had received their vaccine before the problem was discovered and rectified.

No one else who received the vaccine at the centre outside of the times in question has been affected.

The Coliseum site was specifically set up to help people in marginalised communities get vaccinated. 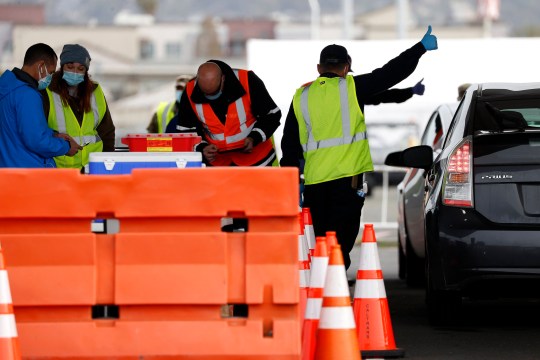 The vaccination site has been set up to help people in marginalised communities (Picture: EPA) 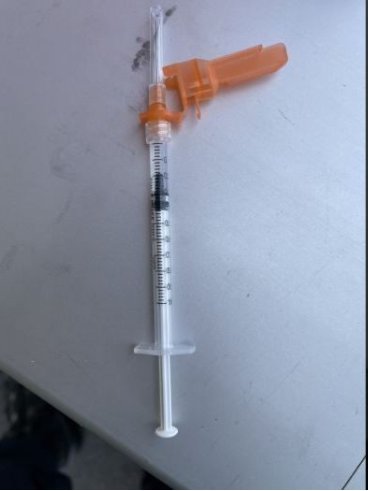 Officials said they are confident that everyone was given a dosage within the guidelines, despite the wastage problem.

A spokesman for the California Office of Emergency Services, Brian Ferguson, said that after talking with doctors and Pfizer, stakeholders felt the amount was ‘negligible’ and there was no need to contact any of the patients.

There are currently no plans to ask to return to the site and it’s hoped that they will still be able to build up a decent level of immunity from the amount of vaccine they received.

There have been no scientific studies looking at the effectiveness of the Pfizer jab when given in lower doses and experts are divided on how much of a problem the issue could be. 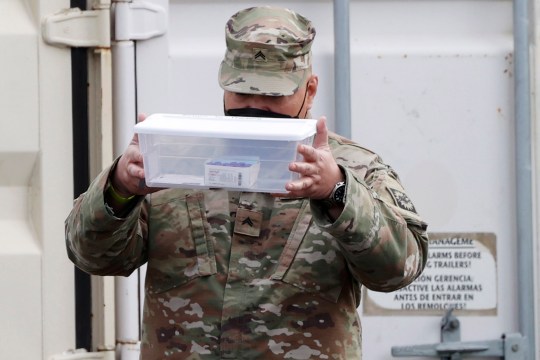 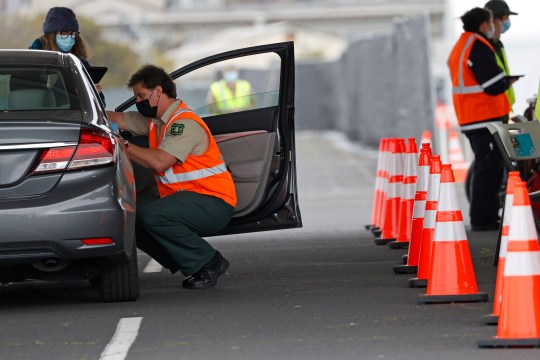 Experts say people are likely to get good protection after the second dose (Picture: EPA)

He believes that the second round of vaccinations will make up for the fact that some were under-dosed but, for now, they should act like they haven’t been vaccinated at all.

The syringes are apparently still being used at the site but medics are now filling them with 0.4ml of vaccine to overcome the problem.