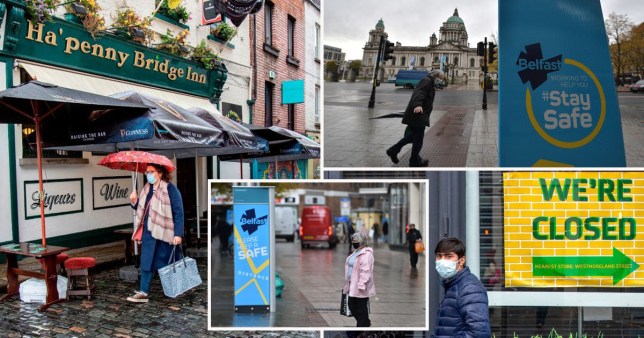 Northern Ireland have got the dates of their lockdown wrong (Picture: Getty)

Northern Ireland’s circuit-breaker lockdown will be extended by one week – but with a partial reopening of hospitality businesses next Friday.

Premises without alcohol licences, such as cafes and coffee shops, will be permitted to reopen on November 20 but with an 8pm curfew.

Pubs and bars will be permitted to sell sealed off-sales but will not be allowed to reopen fully until November 27, along with restaurants and hotels.

Close-contact services such as beauty salons, barbers, hairdressers and driving lessons will also re-start next Friday by appointment only.

The Democratic Unionists and ministers from smaller parties in the powersharing administration backed the proposal made by Economy Minister Diane Dodds.

But Sinn Fein voted against the measures, while the nationalist SDLP abstained after days of wrangling which have left businesses in limbo. 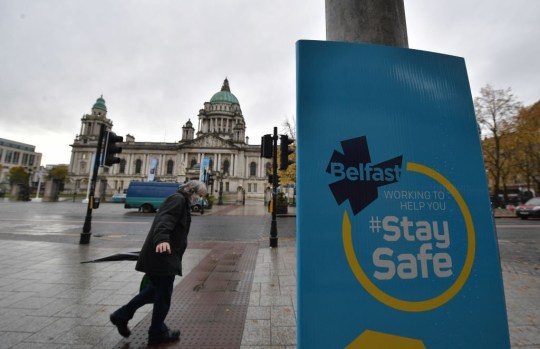 The announcement comes after it emerged that ministers had got the lockdown deadline wrong and that it was due to expire 24 hours later than they thought.

Businesses had been working to the wrong timeline and some had already taken bookings for Friday.

A Department of Health spokesman said: ‘Executive ministers last night received revised legal advice that the deadline for the current restrictions on hospitality and close contact businesses is midnight on Friday November 13, and not tonight.’

Before tonight’s announcement, ministers had been at loggerheads, with three proposals on the executive’s next pandemic response voted down during fractious exchanges within the power-sharing administration. 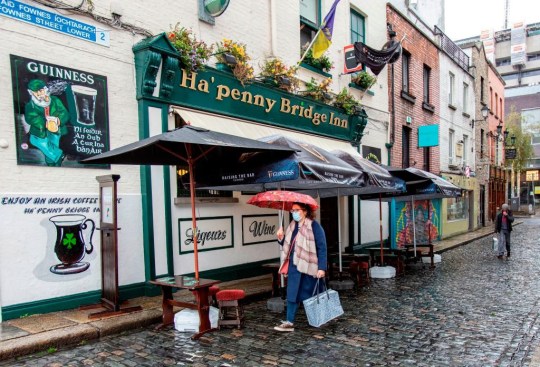 Businesses have also been working to the wrong timeline (Picture: AFP via Getty) 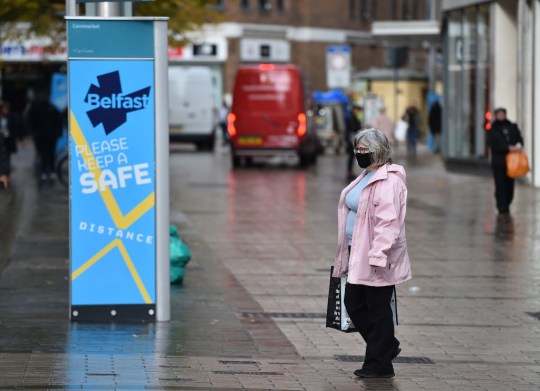 Hotelier Bill Wolsey is among scores of business owners who have voiced their frustration.

He said ahead of tonight’s announcement: ‘Our politicians are a bit like track and trace – not fit for purpose.

‘How can I be sitting here and not knowing if I am able to open tomorrow? How do we get to this state?’

She said: ‘What is happening at this moment in time is that all the other parties in the executive – the Ulster Unionist Party, the Alliance Party, the SDLP and Sinn Fein – are all together speaking with one voice, supporting the health teams, and what we have is the DUP using a cross-community veto to block the democratic will of the rest of the executive.’

It comes as another 548 people have tested positive for Covid-19 and a further 15 people have died in Northern Ireland, the Department of Health said.