A noose was found at the construction site of former President Barack Obama’s presidential library and archive in Chicago (Picture: TNS)

Work was temporarily halted on the Obama Presidential Center after a noose was found at the construction site, officials say.

The incident was reported by Lakeside Alliance, a conglomerate of black-owned construction firms under contract with the Obama Foundation to construct the center in Chicago’s Jackson Park.

‘We have zero tolerance for any form of bias or hate on our worksite,’ Lakeside Alliance stated.

Chicago Police confirmed they are investigating the incident. Police officers were seen carrying a plastic bag containing a rope off the grounds. 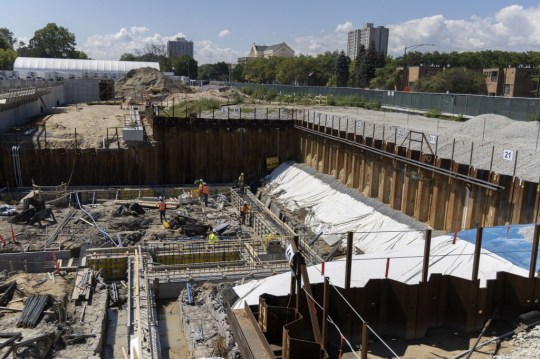 The Obama Foundation called the incident ‘shameless act of cowardice and hate.’

‘Hate has no place in Illinois,’ Governor JB Pritzker said in a statement on Twitter. ‘The noose is more than a symbol of racism, it is a heart-stopping reminder of the violence and terror inflicted on Black Americans for centuries.

He continued: ‘I condemn this act of hate in the strongest possible terms, and the state of Illinois will make all needed resources available to help catch the perpetrators.’ 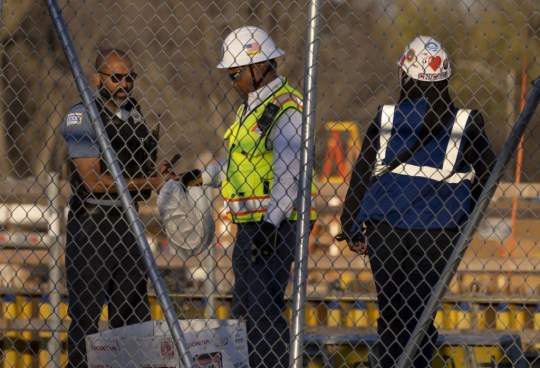 ‘Racism and racist symbols have no place in Chicago, and those inciting it will be held responsible for this repulsive act,’ she told the paper.

In 2015, Obama announced he would house his presidential library and archives in Chicago, the city he represented while serving in the Senate. He announced a partnership with the University of Chicago Law School, where he taught constitutional law as a professor between 1994 and 2004. 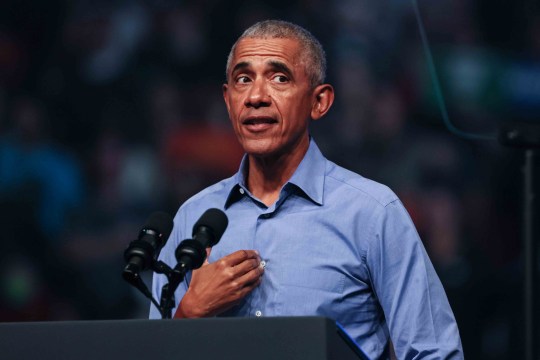 Former President Barack Obama chose to build his presidential library in Illinois, where he served as a senator (Picture: Shutterstock)

Obama broke with tradition to build his presidential center with a private foundation. Most of the funds for its construction came from private donations.

Work began on the center in 2021, after a groundbreaking ceremony attended by both the former president and First Lady Michelle Obama. The center is currently scheduled to open in 2025.