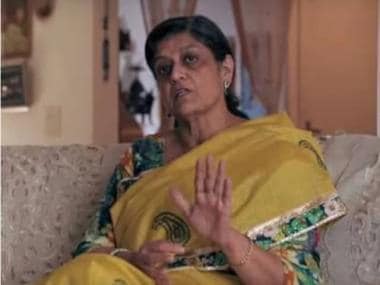 The benchmark for police efficiency should be truly delinked with the number of FIRs registered, says former Uttar Pradesh Director General of Police Sutapa Sanyal.

Benchmarks for police efficiency should be de-linked from the number of FIRs registered and greater emphasis must be laid on a community-centric approach, former Uttar Pradesh Director General of Police Sutapa Sanyal told Firstpost in an interview.

Commenting specifically on sexual assault cases, Sanyal said that the problem of non-registration of cases is a widespread one. She also noted that underreporting of such crimes happens when the cases involve child marriage, trafficking and incest.

Underreporting and refusal to file cases has been a frequently-cited problem in Uttar Pradesh, and these may partly account for declining reported cases of sexual offences. Much of the public anger over the Hathras gangrape case, too, was due to the alleged delay in registering a case of rape. Nevertheless, the state government has in recent weeks cited the reduction in FIRs in sexual assault cases to claim an improvement in the law and order situation.

In this context, Sanyal spoke to Firstpost about a range of topics — from the challenges that women face in speaking up about crimes against them, to possible solutions.

In your experience, how widespread is the problem of the police refusing to file FIRs in cases of sexual assault?

Although statistics are very important, they can at best be indicative of a social issue. Unless we are absolutely sure about the circumstances under which, and the manner in which the data is being collected, we cannot, and should not, arrive at a definite conclusion. If we do not understand these circumstances, we cannot get an accurate picture of whatever we wish to study.

Again, when statistics are analysed in detail, people interpret the available data depending on their vested interests. This, I feel, dilutes the issue and further victimises the victim. So, if we do not fixate on the numbers, it becomes easier to get a better sense of the entire scenario and to find appropriate solutions.

Now coming to your question, I think the issue of FIRs not being registered in sexual assault cases is quite widespread. Reports by the Tata Institute of Social Sciences (2017) and Commonwealth Human Rights Initiative (2020) offer valuable insights on this topic.

As per data of the National Crime Records Bureau (NCRB), on an average, one woman is raped every minute — which itself is quite disconcerting.

Even a single case of sexual assault is extremely disturbing because it is reflective of a deeper malaise — how women are looked upon in society. It raised questions about their security and vulnerability; how society has failed them and how the perception of an unsafe society adversely colours their responses throughout their lives.

At the same time, most cases of sexual assault are not even reported for various reasons. These include marital rapes, or the sexual assaults which happen in the name of child marriages, or the multiple rapes and gangrapes which female victims of trafficking sometimes suffer in the course of trafficking, or the incestuous rapes which happen within the four walls of homes!

Let it suffice to say that no case of sexual assault should be turned away when a victim or someone on behalf of the victim approaches the police. The police are the first/ frontline responders in the entire justice delivery system.

Now there are several reasons as to why I say this:

(1) It is not easy for a woman to report even a domestic violence case, leave aside a sexual assault, because of the huge amount of stigma attached around the issue. There is a pervasive and innate “subculture of silence” which prevents a woman from speaking up. Add to this the “subculture of victim-blaming” and you can understand why I assert that data, although extremely important, should not be the only criterion for judging a situation.

That lone woman out there who has mustered up the courage to break the cultural norm is actually representing the hopes and aspirations of several women trying to seek redressal for injustice. If this one woman is not heard, the hopes of millions of other women, and the cause of justice itself, dies a million deaths. Such a woman not being heard reiterates the helplessness which she experiences in having no agency over even her own body.

And this is the kind of immunity which the perpetrators want so that they can continue their assaults with impunity.

(2) By registering FIRs promptly, the police can deter future crimes, thus making the future safer for the younger generation. Registration sends out a strong message that no crime shall go “unnoticed”. I cannot say “unpunished,” because the police form just a small, albeit significant, part of the justice delivery system.

(3) Non–registration of an FIR  for a cognizable offence is an offence in itself, and any police officer refusing to do so is liable for punishment under Section 166-A of the IPC.

(4) Registration of an FIR is just the beginning of an investigation. Later, if there is evidence, a chargesheet can be filed, and if there is not enough evidence, a final report can be filed. An FIR is by no means a conclusive act of the criminal justice system — it is the basic minimum which the justice delivery system can do for a victim.

(5) A higher number of registered cases of sexual assault, or even other crimes, can also be because of better awareness amongst women, and because women may be encouraged to speak up due to helplines, mobile apps, web portals, patrol cars, e- registration of FIRs etc. Of course, part of the explanation for higher numbers could be higher actual instances of sexual assault.

When I was Additional Director General and later Director General of Police, we had launched a user-friendly and effective web portal called VIKALP. It was launched and operated by the UP Police Mahila Samman Prakoshth in 2014. Women from anywhere in the state could lodge a complaint on it, which was immediately attended to. If a cognizable offence was made out, an FIR was immediately registered by the concerned police station.

What are the challenges that people from marginalised communities face in getting their complaints registered?

So far as the justice delivery system is concerned, women as a whole kind are in a way marginalised. The same factors which hinder women from getting their complaints registered assume bigger dimension at the intersectionalities of poverty, religion, caste, mental and physical abilities/challenges, widowhood, age, the rural-urban divide etc.

Illiteracy, lack of family support, fear of the police and even lack of communication and transportation facilities also act as barriers to justice.

3) How often is an action taken against police officials for refusing to file FIRs in cases of sexual assault?

Accountability is a substantial issue in governance and compliance across all organisations. It is a fact that action is not taken in a routine manner against police officials for refusing to register FIRs, despite the existence of Section 166-A of the IPC.

This is because word about the default has to get to the supervisory officer for departmental action or registration of an FIR under Section 166-A. Very few complainants get that opportunity or muster up the courage to do that. Forget filing a complaint, most people do not have any knowledge of these existing remedies in the first place.

The supervisory officers should keep a tab on all those working under them, and take suo motu action as and when required in this regard for a robust policing system.

Would you say that there is often political pressure on the police to under-report crimes, particularly those relating to sexual assault?

Law and order, and prevention/control of crime, are state subjects. Thus, crime statistics become the foremost barometer of a state government’s “competence” and by extension, that of the Central government, especially if they are of the same party.

This (pressure) happens and will continue to happen as long as a government is judged mainly by the performance of its most visible arm — that is the police. To that extent, the maintenance of law and order and issues of crime control tend to be politicised. Any unfortunate event or a general deterioration in the law and order situation gives a powerful weapon to political opponents. This opens up a lot of pressure points for the police, especially with reference to powerful local influencers and pressure groups. At times, the police, too, become a part of the nexus.

As long as the focus remains on just the occurrence or non-occurrence of crime, the response will either be to avoid registration of FIRs or minimising the crime. This is because the number of FIRs is directly correlated with a failure to control crime. These numbers will decide the fate of police officers’ annual appraisals and postings, apart from being a reflection on the government of the day. These issues have been aptly highlighted in the TISS report that I mentioned earlier.

Moreover, incidents of sexual assaults of women and children are very sensitive issues and can give any government a very bad image. Such incidents can lead to adverse coverage in the media, and impact the perception of society at large about governance.

The benchmark for police efficiency should be truly delinked with the number of FIRs registered. It should shift to how professionally and expeditiously the registered cases are investigated, and chargesheets filed in case the charges are substantiated. The ratings of police officers too must be linked with these criteria. Departmental vacancies and existing infrastructural gaps must be filled up quickly. Sustained efforts must be made to build and sharpen the investigative capacity of the police.

Similarly, as it happens in a commissionerate system, policing aspects of law and order and crime prevention must be separated, with adequate strength and infrastructure to both the wings.

Yes, they do to a large extent, because there is a prevalent perception about the correlation between the two. High crime rates are associated with a failure of the law enforcement authorities and, in turn, with governance.

Moreover, sometimes things can also get disproportionate criticism. Often, the good work the police do is taken for granted and goes unreported, but the police are judged harshly when things go awry. This is unfair.

The solution lies in balanced and objective reporting —appreciating good work and offering criticism when it comes to inadequacies. I am sure you will agree that constantly calling out the failures in an individual or an organisation, or putting extreme pressure to crack every case super fast, or sensationalising every case, impacts the morale of the police and can adversely affect the quality of investigation.

Police personnel too should exercise their duties diligently within the framework of the law, and forget about external validation.

What are the possible solutions to the problems that you enlisted above?

At present, there is a trust deficit between the community and police. Community policing is a great way to address this problem, and this approach can be customised for various situations. For example, during my tenure as the DGP, we roped in non-governmental organisations (NGOs) for various initiatives according to their core competencies. These included training of police personnel to bring about attitudinal changes, improving legal literacy among women and children, and gender sensitisation of school children.

At the same time, the problems that the police face, such as infrastructure constraints, also need to be taken into account. The police are often overburdened, and they have to juggle several tasks along with criminal investigation—such as law and order issues and VIP duties. They have to face high stress levels.

Broadly speaking, the justice system is accused-oriented, and the needs of the victim get ignored in this process. The system needs to become more victim-oriented.