Number 10 apologised to the Queen when details of the parties first emerged last week (Pictures: Getty)

Number 10 staff partied until the early hours in a seven-hour drinking session on the eve of Prince Philip’s funeral, it has been reported.

Wine and spirits with mixers were passed around in plastic cups, with booze at one point being spilled onto an office printer, according to fresh claims in The Daily Telegraph.

Takeaway pizzas are also said to have been ordered in for the 30 people invited to the two parties, which later allegedly merged into one.

In another new claim, the newspaper reports that some of the revellers took turns going down a slide belonging to Prime Minister Boris Johnson’s young son, Wilfred.

It has previously been reported that Wilf’s swing was damaged that night.

Downing Street apologised to Buckingham Palace when the details of the parties first emerged last week, while Mr Johnson – who was not present – said he ‘deeply and bitterly’ regretted what happened. 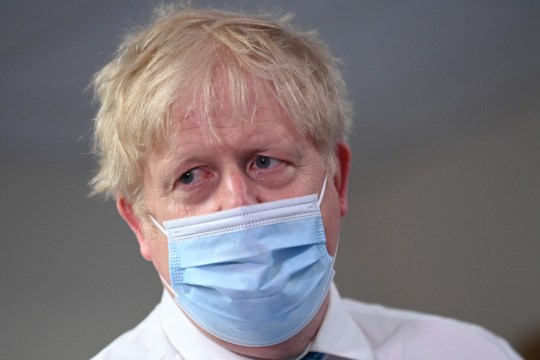 She tweeted: ‘Shameful details of ridiculous behaviour, when the British public gave up so much.

‘This is a culture that Boris Johnson set. Rules didn’t apply in his Downing Street. He needs to finally take responsibility.’

At the time the country was in a period of national mourning for the Duke of Edinburgh.

Covid restrictions also banned socialising indoors except with members of the same household or support bubble. 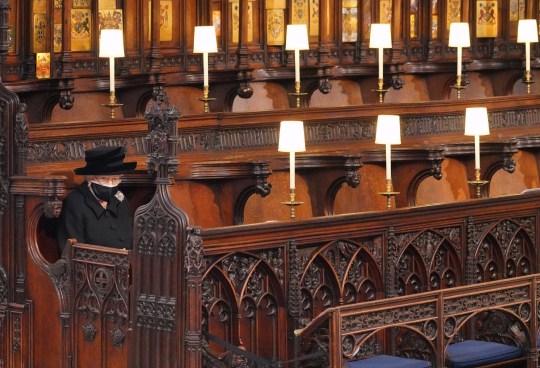 The Queen pictured sitting alone during the funeral of Prince Philip (Picture: Getty)

The Telegraph said that it had seen a photograph of staff at one of the parties – some with drinks – gathered in the Downing Street basement.

A former special adviser to Number 10 said: ‘If you’re doing this in the basement, you’re definitely doing it to hide the party.’

The paper said that it had also seen text messages indicating that they were still carrying on at 1am, having started around 6pm.

Last week, the PM’s spokesman said: ‘It is deeply regrettable that this took place at a time of national mourning and No 10 has apologised to the Palace.

‘You heard from the PM this week; he’s recognised No 10 should be held to the highest standards and take responsibility for things we did not get right.’

Mr Johnson was at his country residence Chequers on April 16 and had not been invited to the events.

The latest report comes as Sue Gray, the senior civil servant investigating lockdown parties in Whitehall, is expected to deliver her report next week.

Mr Johnson has committed to publish her findings and make a statement to the Commons.