Katju also repeatedly made comparisons between India and Germany under the Nazi regime, saying Nirav Modi has been made a convenient scapegoat for India’s economic crisis 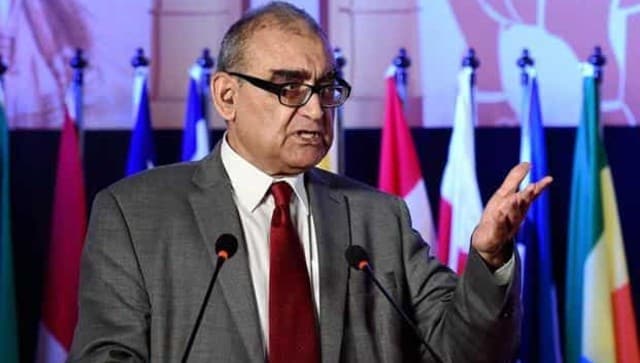 London: Retired Supreme Court judge Markandey Katju was challenged as a self-publicist on behalf of the Indian government on Friday as he gave evidence in the extradition case of fugitive diamond merchant Nirav Modi via a live videolink from India at Westminster Magistrates’ Court in London.

On the final day of a five-day hearing, Justice Samuel Goozee heard Katju’s detailed evidence before adjourning the case until 3 November, when he will hear arguments on the admissibility of the evidence provided by the Indian authorities on the charges of fraud and money laundering against the diamond merchant in the USD 2-billion Punjab National Bank (PNB) scam case.

The UK’s Crown Prosecution Service (CPS), arguing on behalf of the Indian government, sought to counter Katju’s written and oral claims that Modi would not receive a fair trial in India because a majority of the judiciary was corrupt and the investigating agencies subservient to the government.

Is it at least possible, you are something of a self-publicist who will make any outrageous statements for the purpose of courting the press, questioned barrister Helen Malcolm, to which Katju replied you are entitled to your opinion.

Malcolm also queried his decision to give media interviews in India earlier this week related to the evidence he was to give before the UK court in a sub judice matter, to which the former Supreme Court judge said that he merely responded to reporters’ questions and that it was his duty to speak out on matters of national importance.

During what became a quite a fiery exchange in court at times, some of his past controversial statements were also read out in court, in reference to gay relationships being unnatural and women who remain single being prone to psychological problems.

Katju countered by stating that he was entitled to his opinion and that he had quoted from Irish playwright George Bernard Shaw’s Man and Superman, which Malcolm as a Britisher should have read.

The former judge had been deposed by Modi’s defence team in order to substantiate their claims that the jeweller faces an unfair and biased trial if extradited to India.

Katju also repeatedly made comparisons between India and Germany under the Nazi regime, saying Modi has been made a convenient scapegoat akin to the Jews in Nazi Germany in order to be blamed for the economic crisis in the country.

Asked by the if the diamantaire’s own alleged dishonest actions could be to blame, he said: I am not making any statements on the merits of this case. I am simply saying that he cannot get a fair trial all ministers and media have pronounced him guilty.

His assertion that post-retirement appointments were among the inducements which led to corruption among judges brought his own appointment as the chairman of the Press Council of India following his retirement into focus, which he stressed was not a government appointment.

So, the three-member appointment committee composed of the Speaker of the Lower House, Chairman of the Upper House (Vice-President of India) and a Press Council member are completely apolitical and nothing to do with the government, queried Malcolm.

The hearing on Thursday concluded the bulk of the oral evidence in the extradition case, which was observed by Modi via videolink from a room in Wandsworth Prison in London where he has been lodged since his arrest in March last year.

The first set of hearings in the case took place in May, with the hearings this week slotted to complete arguments to establish the 49-year-old jeweller has a case to answer before the Indian courts.

The defence team, led by barrister Clare Montgomery, has sought to not only establish that Modi’s actions related to PNB-issued Letters of Undertaking (LoUs) did not amount to fraud but also deposed witnesses to highlight his fragile mental health condition and a high risk of suicide.

They have also claimed that the conditions at Barrack 12 in Arthur Road Jail in Mumbai, where he is to be lodged on being extradited, do not meet the court’s human rights criteria.

The has set out the Central Bureau of Investigation’s (CBI) case of fraud and the Enforcement Directorate’s (ED) case of the laundering of those fraudulently acquired funds.

It has also played videos in the court in support of additional charges of disrupting the CBI’s investigation by causing the disappearance of evidence and criminal intimidation of witnesses.

Assurances of adequate prison conditions have been provided by the Indian government, which were further added to this week with an assurance of appropriate mental health care for Modi on being extradited.

A hearing for final submissions in the case is currently slated for 1 December but that date is likely to be delayed, with a ruling in the case not expected before the end of this year or early next year.