Autumn colour in the Rowallane Garden, County Down (Credits: PA)

Nature lovers may notice muted autumnal colours this year instead of the usual fireworks display of reds and yellows following the summer’s drought, the National Trust has said.

The conservation charity said the ‘false autumn’ seen in August, where many species shed their leaves prematurely to conserve water and energy, will put a dampener on the change of season.

It warned that without action, the usual pattern of autumn leaf drop could be fundamentally altered as the pace of climate change increases.

Pamela Smith, senior national gardens and parks consultant for the National Trust, said: ‘Due to the leaf drop that has already occurred in isolated areas, this year’s autumn colour will be reduced due to the simple reason that many trees have already lost a lot of their leaves due to the hot summer.

‘Trees suffering due to drought don’t have the resources to sustain their size, so often the impact is a smaller leaf canopy.

‘However, in terms of the typical autumn cycle, it remains to be seen what the drought and high temperatures could mean for this year’s autumn colour, but we may see more golden browns and yellows as a result – and this year could be quite a unique display.’ 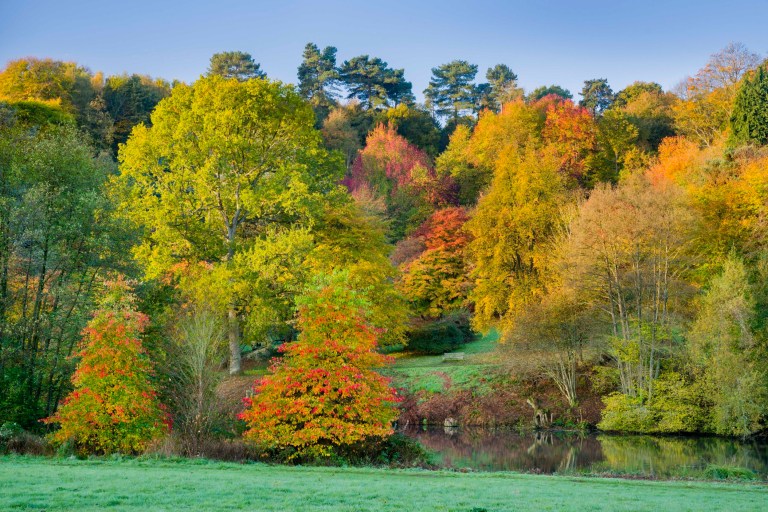 Ms Smith added: ‘It’s likely that well established trees will be more resilient and that we will still see the full colour spectrum, but this year is a warning to us all of how what we’ve previously taken for granted, may be at risk.”

Trees need good levels of sunshine and rainfall to build up the sugar in their leaves during the spring and summer months through the process of photosynthesis.

In the autumn, the greens in the leaves give way to reds, oranges, yellows and browns as the tree withdraw the sugars into its branches and trunk.

But this summer, deprived of water, millions of trees across the UK and Europe shed their leaves early, in a bid to conserve sugar and water. 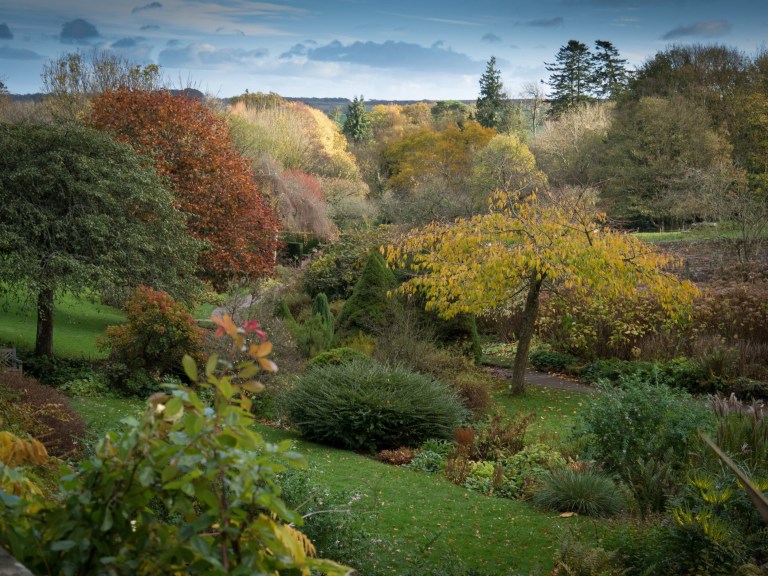 The National Trust has set itself a target of planting or establishing 20 million trees across the properties it manages by 2030, something that will be made more challenging by adverse weather.

Tom Day, area ranger at Oxburgh Hall in Norfolk, said: ‘This summer has shown that we may need to prepare for a new reality for our trees.

‘If temperature continue to rise, the combination of hotter summers, a lack of cold snapbacks and new wounds will inevitably lead to an increase in diseases like ash dieback, oak decline and honey fungus.’

Mr Day said climate change could see trees turning into ‘veteran’ specimens – those that are scarred or damaged – much sooner than they otherwise would have.

He said an increasing number of young trees were likely to die without ever having borne any fruit. 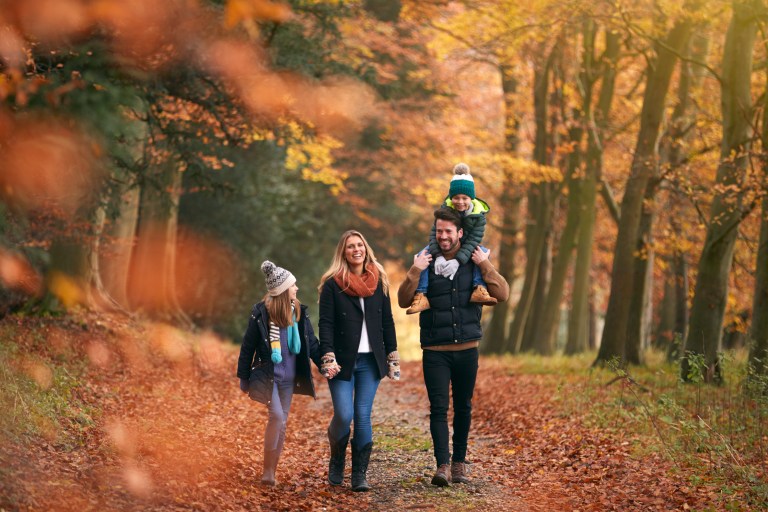 Nature lovers may notice muted autumnal colours this year instead of the usual reds and yellows (Credits: Getty Images)

‘Now more than ever, it is important to redouble our efforts to achieve our goal of planting 20 million trees by 2030, as the new trees will absorb large amounts of CO2 as they grow,’ Mr Day said.

‘This is a powerful tool in the fight against climate change and will help us combat the decline of our parklands.’

Luke Barley, trees and woodlands adviser for the charity, said: ‘We always aim to plan the right tree in the right place, but in the extreme heatwaves we’ve experienced this year, more trees than normal have died despite our hard work in identifying good locations.’

But Mr Barley said that National Trust gardeners found that where they had used mulch to retain moisture, the saplings had fared better, as had those which have self-seeded. 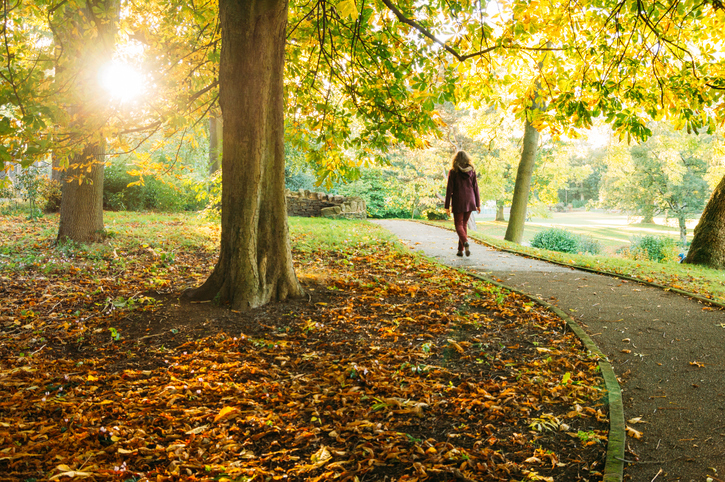 ‘This is because when self-seeding they are establishing good root systems from germination – so have more built-in resilience in times of challenging conditions,’ he said.

‘These are the trees people can help us invest in, confident that they are more likely to thrive and get the care they need.’