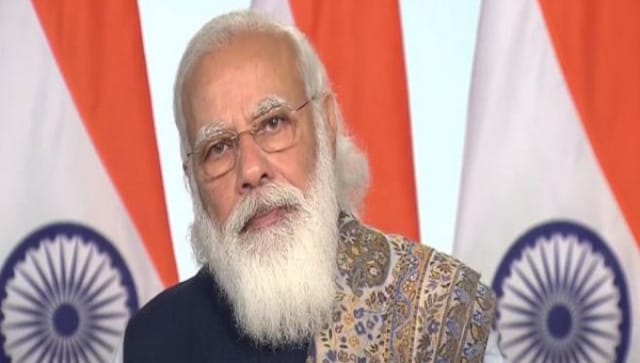 Ahmedabad: Ninety-one years after Mahatma Gandhi took out the Dandi March to break the salt law that shook the foundations of the British empire, 81 people will embark on the same 386-km long foot-march from Ahmedabad on 12 March to celebrate the 75th anniversary of India’s Independence, the Gujarat government said on Wednesday.

Prime Minister Narendra Modi will flag off the yatra from Sabarmati Ashram on Friday. It will re-enact Gandhiji’s historic march to Dandi in South Gujarat, the government said in a release.

It is part of the state government’s programme to mark “Azadi Ka Amrut Mahotsav”, it said.

The Gujarat government’s state-level high-powered committee’s meeting chaired by Chief Minister Vijay Rupani was held on Tuesday to finalise the preparations to celebrate the 75th anniversary of India’s Independence.

Gujarat had played a significant role in India’s freedom struggle, hence the Amrit Mahotsav of Independence will be celebrated in a grand manner, Rupani was quoted as saying in the release.

The Salt March, which took place from March to April 1930, was an act of civil disobedience led by Mahatma Gandhi to protest the British rule in India.

Gandhi and 78 others had embarked on the Dandi Yatra on 12 March, 1930 to break the law which had imposed tax on salt. After walking for 21 days, they reached Dandi on 5 April and broke the law.

The Salt Satyagrah made the entire nation stand behind Mahatma Gandhi and lakhs of people joined his civil disobedience movement and non-violent freedom struggle.

This development shook the British Empire at that time.

“The Dandi March will be re-enacted in its entirety. It will begin on 12 March as it had taken place in 1930 and end on 5 April, during which these 81 pedestrians will walk all the way to Dandi on the seacoast 386 kms away,” Rupani said in the release.

The marchers will halt at 21 places on the way and attend a variety of events at each place highlighting the socio-economic changes taking place in the field of cleanliness, environment, security and water conservation, he said.

The events have been designed to foretell the steps India needs to take to become “Vishwa Guru”, for celebrating the centenary of India”s Independence 25 years from now, he added.

During this march, ministers, MLAs, officials and leaders will join for a day at different parts of the event.

The celebration will also include subjects such as environment protection, Swachhta Abhiyaan, water harvesting, yoga study and others.

The yatra will culminate in a big function to be held at Dandi on 5 April, the release said.

Apart from the Dandi March, a variety of programmes have been lined up and will be simultaneously held at 75 locations in Gujarat, at places associated with Mahatma Gandhi’s life, Rupani said.

Big events have been planned at Porbandar, Rajkot, Vadodara, Bardoli and Mandvi, and at district headquarters, he said, adding that India’s freedom saga from 1857 revolt to winning the Independence would be displayed before the new generations.