Myanmar’s military has long been a major player in the jade industry, with close ties to giant mining conglomerates that mostly harvest from the jade-rich township of Hpakant.

Hpakant township produced around 70% of the world’s jade, which equals out to around $31 billion a year in exports for Myanmar.

In the last several decades, the area has turned into a mining “free-for-all” with various ethnic groups, mining corporations, and the military all attempting to make a profit, the report said.

Over the past few years, the previous government, the National League for Democracy, tried to clamp down on excessive jade mining by introducing transparency laws and reducing the number of mining companies in the area.

But a military coup in February has destroyed any chance for reform. Now, the ruling junta not only mines out of the area, but also controls regulation and licensing of the industry, said Keel Dietz, the Myanmar policy advisor for Global Witness and co-author of the report.

There is little oversight when it comes to environmental protection and sustainability, he added.

“The primary concern is really the destruction of the local environment and displacement of local people. Mining happens right in the middle of villages, and they move the entire village out. Sometimes so they can blast huge areas with dynamite so they can harvest the jade,” Dietz told Insider.

Local villagers rarely see even a portion of the profits, he added. Almost 90% of jade produced in the region is smuggled into China to avoid taxation, said the report, and never enters the official market system.

Dietz said that Myanmar’s economy is losing “billions of dollars for sure” from this, while military officers line their pockets with bribe money from licensing or other incomes tied to the jade industry.

For example, the military controls the import of dynamite — used to blast into jade mines — into Hpakant, and army sources told Dietz and his team that revenues for dynamite imports are shared with the wealthy son of Senior General Min Aung Hlaing, the current leader of the junta.

“All of the money from this goes into the military’s coffers or the individual officers’ pockets,” Dietz said.

The only way to eradicate corruption and exploitation in Myanmar’s jade industry is for the junta to be removed from power, said Global Witness, which encouraged the international community to sanction the junta’s incomes and avoid legitimizing the coup. 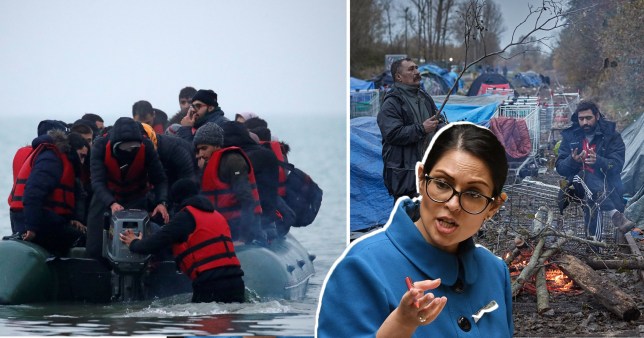