The anonymous woman took to Mumsnet and explained how she had a baby few months ago and is just trying to shift the baby weight she gained.

She went on to say that for the last few months she’s been doing a workout in her back garden at around 10.30am, but insists she’s been considerate of her neighbours by wearing headphones so that they haven’t got to hear the chat from the fitness instructor.

In the post, she continued: “This morning after my workout (I do HIIT – 20 minutes), the neighbour next door came to the door and asked if I could work out inside as they are trying to relax in their back garden in peace and watch their fish.”

“I was a bit taken aback. My DH heard this and came to the door and politely said that I’m not making lots of noise, it’s day light and we are entitled to work out in our garden.”

He pointed out what will they think when our daughter is older and playing in the garden? 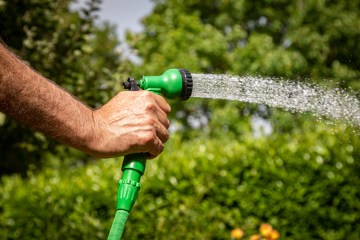 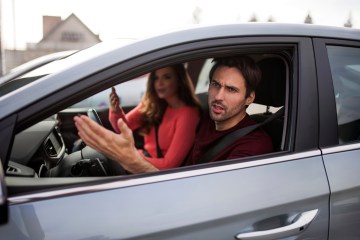 At this point we said to the neighbour that again, I’m not making excessive noise and that I’m simply working out. His response? “Well join a gym then.”

Convinced she wasn’t being noisy, the woman explained how she checked her CCTV to see how loud she actually was while working out and claimed there was “hardly any noise, mostly just heavy breathing which the camera struggled to pick up.”

The woman added: “The reason for me working out in the back garden is my DH is working from home and my baby is napping so I don’t want to be creating noise inside to wake up baby or disturb DH working.”

If baby wakes up the monitor pings a notification to my phone so I will know if she is awake and will stop workout to tend to baby.”

She went on to ask social forum users whether they think she’s the one in the wrong – but everyone had the same response.

“You are definitely not being unreasonable. I want to say keep doing it but I know if it was me I would feel massively self conscious working out again so it’s p***ed me off on your behalf,” wrote one.

A second agreed: “It’s your garden, you aren’t being unreasonable to work out in it at all. They can’t hear what you’re listening too.”

If it bothers them so much, they can wander inside for the time you’re doing it.”

A third commented: “Your neighbours are being ridiculous. They are essentially complaining about you breathing in your garden for 20 minutes.”

Meanwhile, another added: “Your neighbour is bonkers. You are perfectly entitled to exercise in your own garden for as long as you like.”