A YOUNG girl who fell off her bike has lost her leg after being diagnosed with a flesh-eating bug.

Stella Barnhart had been riding her bike down a hill during a family camping trip and skidded on some rocks. 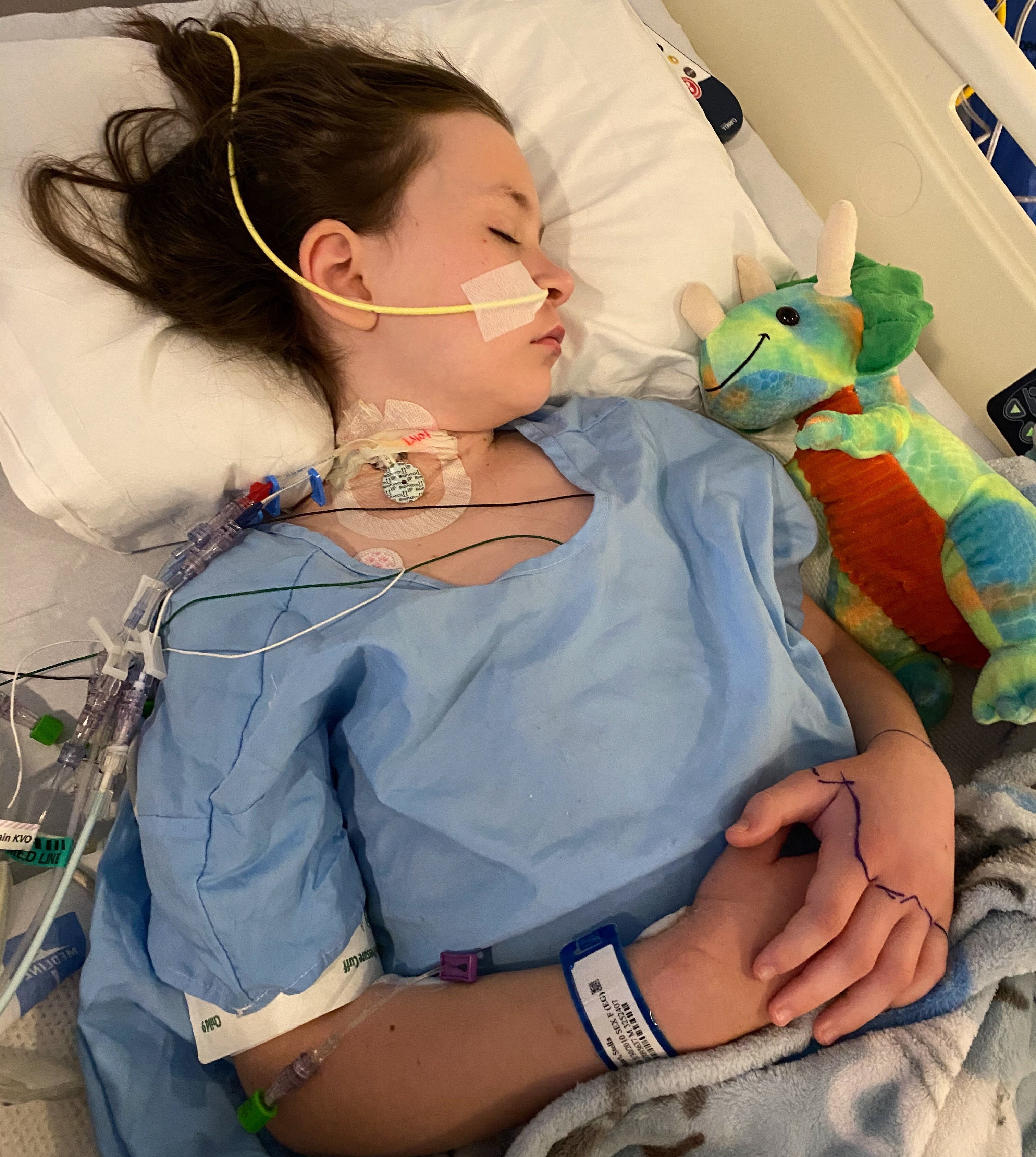 The 11-year-old was in a coma and had to have 20 surgical procedures after the accidentCredit: Mercury 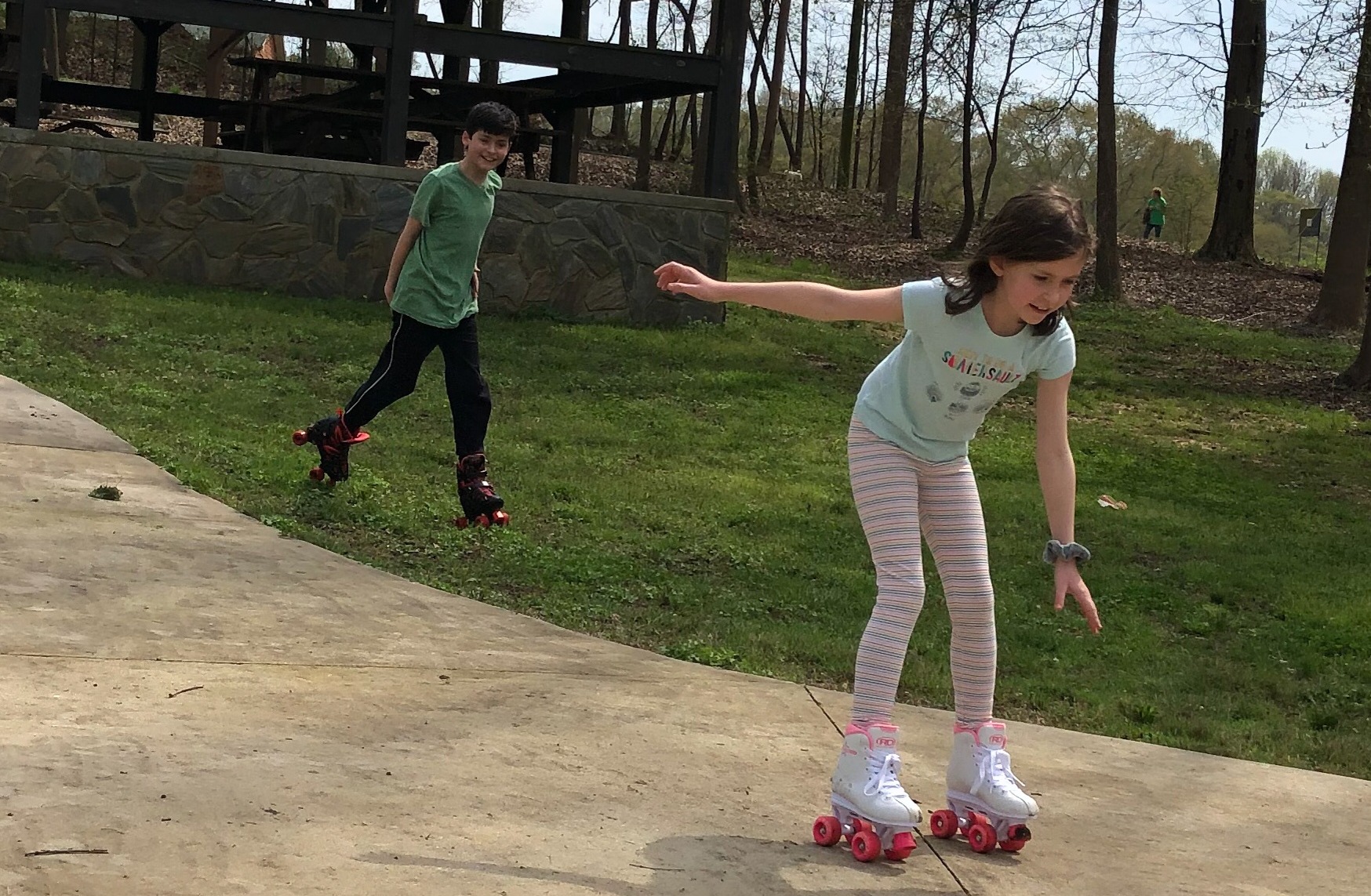 Stella is pictured before the accident using roller skates, she is now getting used to using a prosthetic legCredit: Mercury

The 11-year-old from North Carolina, US was taken straight to A&E and was given a few stitches on her left leg.

Three days later her worried mum Amy Barnhart, 41, rushed her little girl back to the hospital after her leg went numb.

From there, Stella was airlifted to Egleston Children’s Hospital, Atlanta, where she was diagnosed with necrotising fasciitis – a flesh eating bug that affects muscles beneath the skin – often leading to life-changing consequences.

Surgeons spent six hours trying to save Stella’s leg, but with the bacteria spreading at an alarming rate, they had to go ahead and amputate from the hip down.

Stella said that after the accident she had her leg stitched up and that the day after she was in pain and there were ‘purple streaks on her leg’.

She said: “We went to a different ER, and they said it was just a reaction to the stitches and that I should be ok.”

Six hours later, Stella could no longer feel her left leg and was rushed back to hospital.

It was then that mum Amy started to worry and said the situation ‘didn’t seem real’.

Amy said: “My mind just kept trying to catch up with what was happening, there was so much going on and so much to learn medically about the situation.

“She was sick for quite a while, it turned into a process of just making it through one night at a time. Getting past one problem and dealing with the next one.”

Stella added: “I was put in a medically induced coma a week when I lost my leg, so I was quite confused when I woke up and just wanted to go back to sleep.”

After waking up, Stella needed to have 20 more surgical procedures in order to tacke the remaining bacteria.

She had to have skin and muscle taken from her hip to seal her wound.

Amy said that it took medics almost a month to remove the bacteria and clean the area where her leg was amputated.

What is necrotising fasciitis?

NECROTISING fasciitis is a rare but serious bacterial infection that affects the tissue beneath the skin, the surrounding muscles and organs.

It’s often referred to as a “flesh-eating” disease, though the bacteria don’t eat the flesh.

Rather, they release toxins that damage the nearby tissue.

The condition can start from a relatively minor injury, such as a small cut, but can progress and get worse very quickly.

If it’s not recognised quickly, the condition can become life-threatening.

Symptoms can develop quickly, and early signs include:

Necrotising fasciitis is a medical emergency that can spread very quickly. It is important if you suspect you are suffering with it, you dial 999 immediately.

She said: “They had to keep the wound open the entire time until they were sure the bacteria was cleared. “If they had closed the wound up too early, the bacteria would have spread like wildfire through her body and that doesn’t really bear thinking about.”

Stella was taken to hospital on October 15 2020 and weeks after being admitted – she was released on December 23.

Mum Amy said her daughter’s rehabilitation took a while due to the extra procedures and physiotherapy sessions to help Stella walk again.

She said: “Although there were Covid restrictions in place, her grandma, Jean, 76, and I were able to stay at the hospital to keep her company and watch her progress.

“She was out of the wheelchair so quickly and it was pretty amazing how much she accomplished with being able to hop around with her crutches.”

Stella was fitted with a prosthetic which attaches at the hip, but much prefers to use her crutches to get by.

She said that when she got home, all of her friends were fighting over who got to push her in her wheelchair.

Stella added: “It was great being able to race everyone everywhere in my chair, I even did it with my mum down the hospital corridors.

“My older brother, Seven, even asked if he could try on my prosthetic and I had to tell him no, because he has two legs already.”

Now almost a year after the incident, Stella continues to challenge herself, climbing trees and hiking with her family.

She adds: “I’m still learning how to use my prosthetic leg, but the rest of the time I’m just like any normal kid, and I do things that all kids do.

“I really want to learn how to ride my bike again.

“When I’m older, I want to be someone in the medical field because it’s something that really interests me and it’s incredible what doctors can do.”

Mum Amy said she’s ‘so proud’ of how far her daughter has come.

She adds: “It’s amazing how much she can do and not just let it stop her or get her down. She’s fearless and does everything she wants to. It’s pretty incredible.” 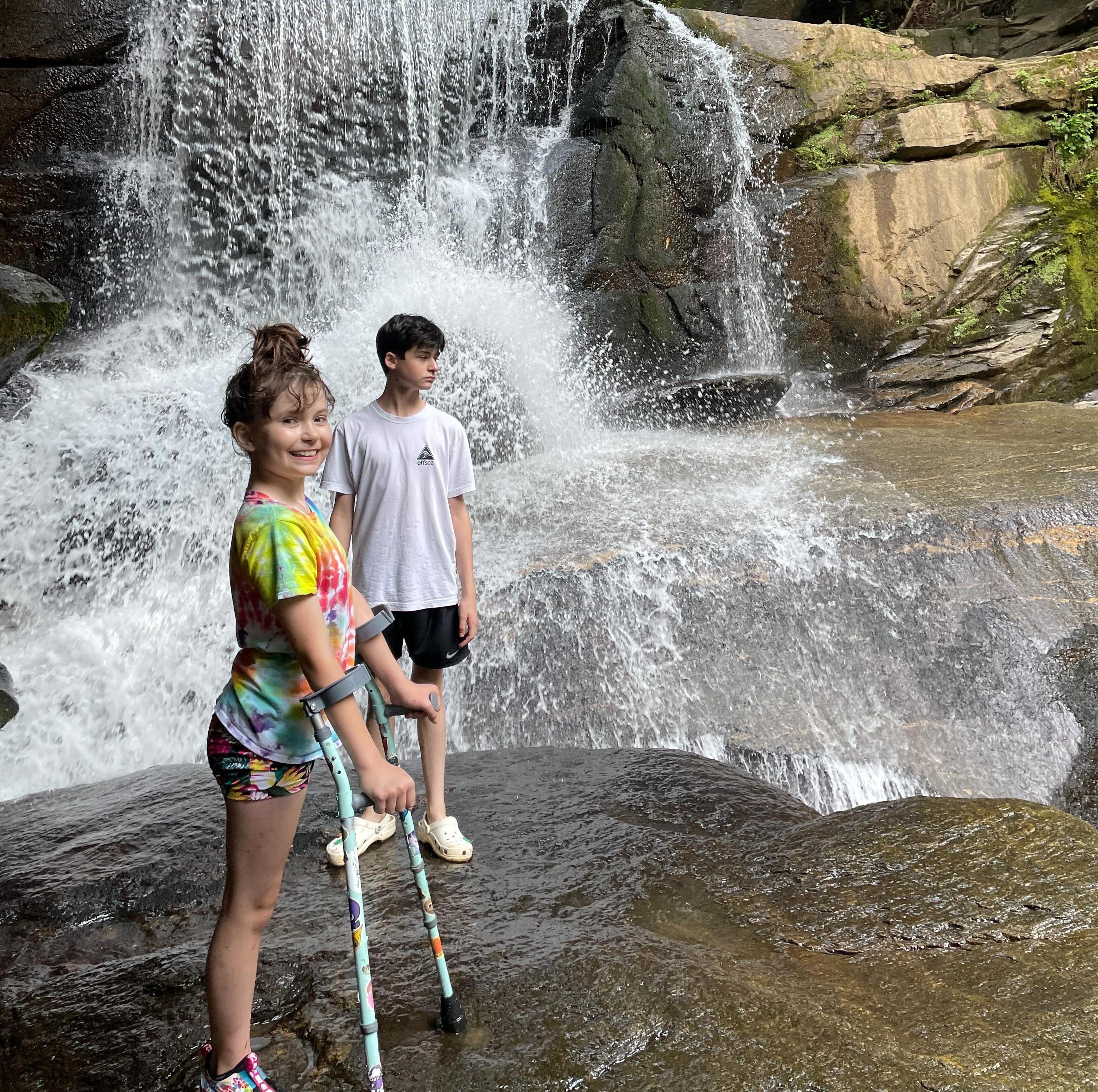 The youngster is determined to not let anything stop her from doing things ‘normal’ kids doCredit: Mercury 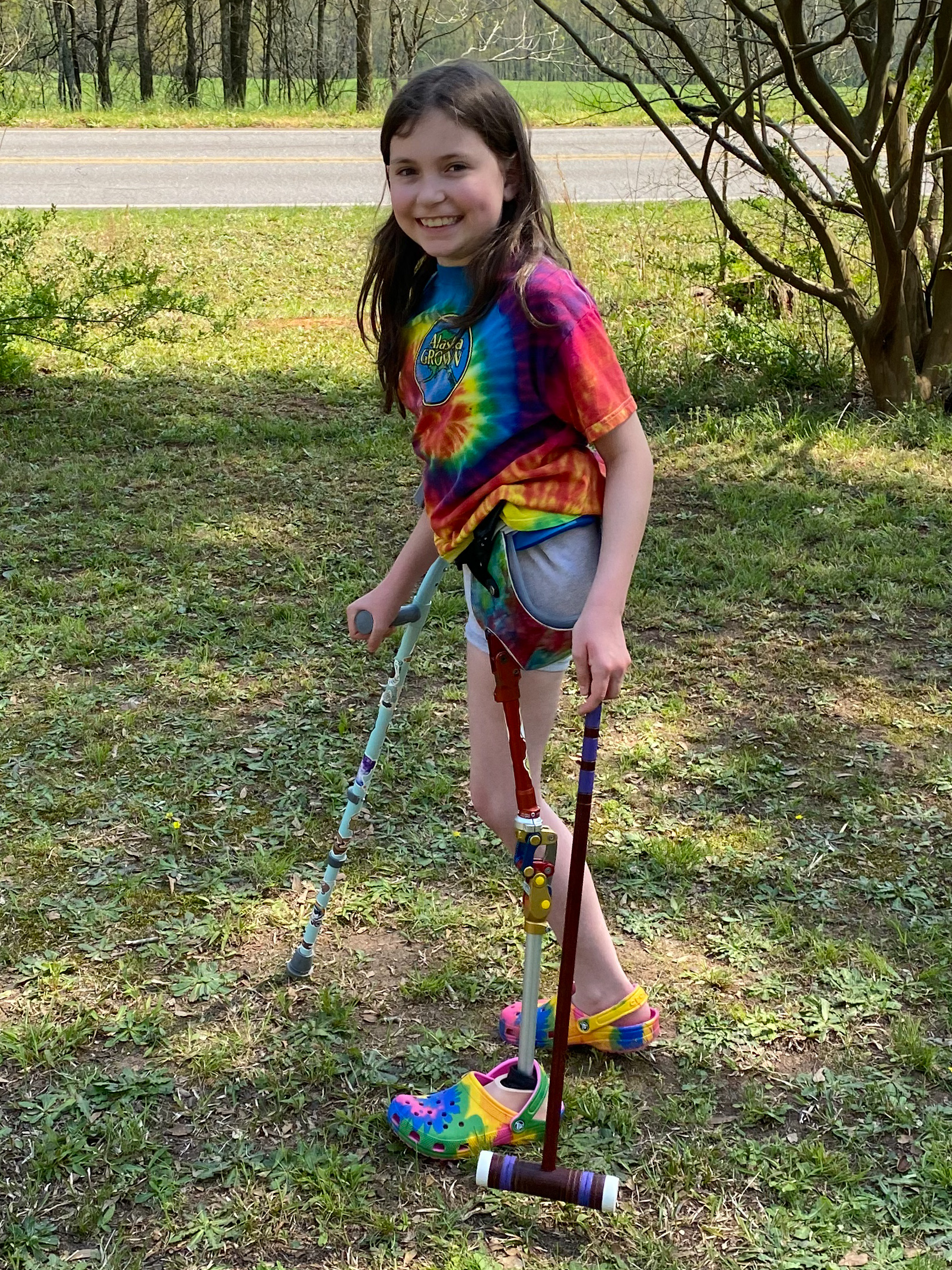 Stella has been described as ‘fearless’ and hopes that someday she will be able to ride a bike againCredit: Mercury

What is Necrotising Fasciitis and how dangerous is it?