WEDDINGS can be very stressful to plan – and it doesn’t help when someone tries to force an invite.

A woman ranted on Reddit about how she wanted her daughter to be invited to her cousin’s wedding – but it completely backfired.

A woman demanded her daughter be invited to a childfree weddingCredit: Getty 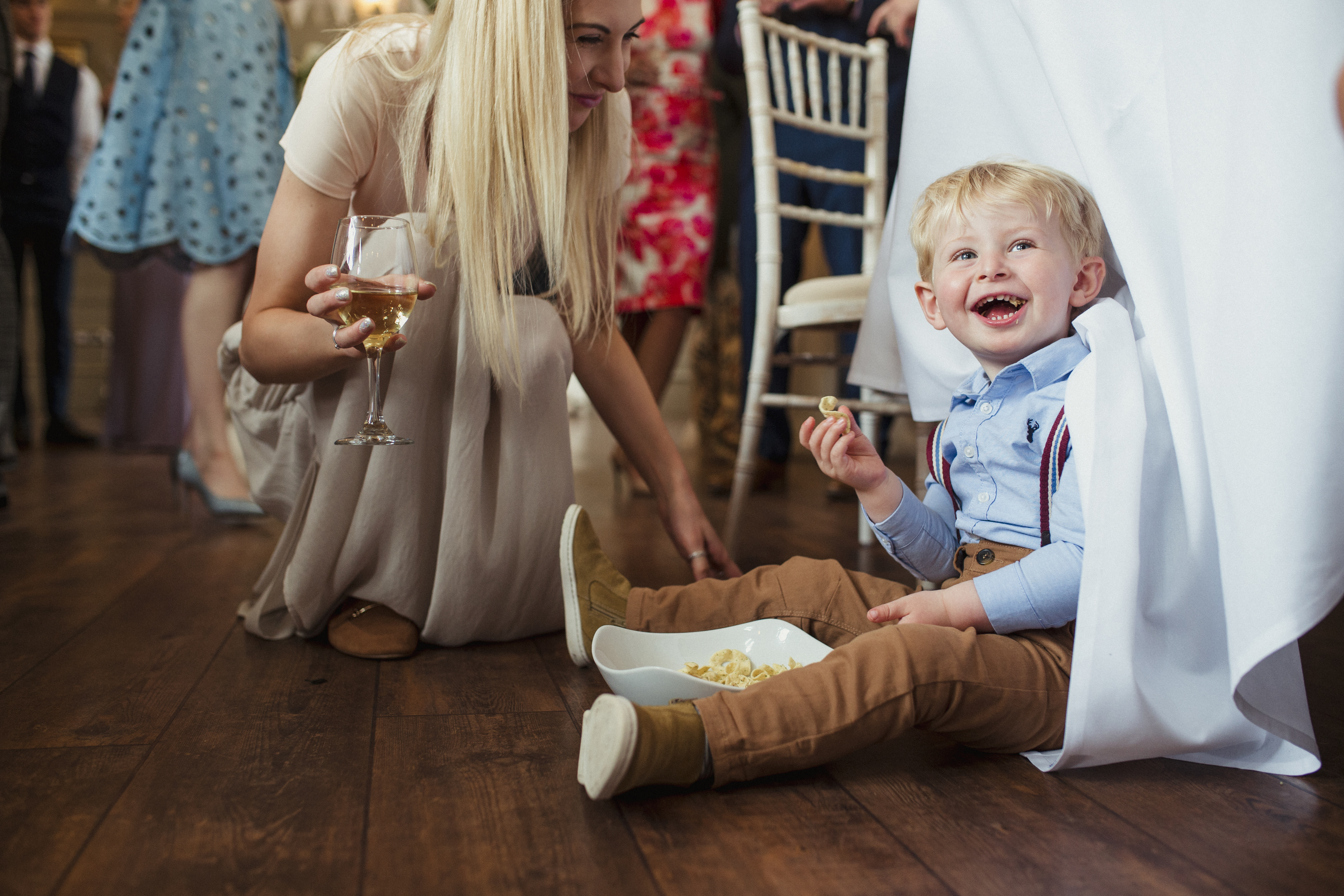 The only ones being invited were the flower girl and the ring bearerCredit: Getty

Taking to the social media platform, the 32-year-old woman who wanted to remain anonymous shared: “I need some insight to see if I’m in the wrong because I really don’t feel like I am.

“I just received an invite to my cousin Alex’s wedding. It stated on the invite that the wedding was childfree.

“I’m not new to childfree weddings but what has me frustrated is the fact that there will be children in the wedding. Alex plans on having her and her future husband’s nieces and nephews at their wedding.

“I overheard her asking her sister if her niece could be the flower girl at a family get-together. This confused me because childfree means no children, so I called Alex and asked.”

“She also knows her sister and brother-in-law parent very well and, to top it off, she is a teacher who wants a day where she doesn’t have to deal with the children of others. She also said she is closer to them.

“I told her that her reasoning was ridiculous because childfree means no kids, including her nieces and nephews. Alex told me if I was more than welcome to decline the invite, so I did.”

The user then involved their families by reaching out to her mom and telling her what was going on: “I ended up venting to my mother [married to Alex’s dad’s brother] and while she didn’t agree with Alex, she said she could understand her feelings.

“However, my dad didn’t like it and called her dad, my Uncle Mitch, asking why my daughter could not come. Mitch told my dad that it is Alex’s wedding and she can do as she pleases. He also said ‘cousins’ are not the same as ‘nieces and nephews,’ especially since they’re in the bridal party.

“My dad said since Mitch is paying for it that he should talk Alex into allowing children, but he declined and said that he and my aunt don’t believe paying for the wedding gives them a say and even if it did, he agrees with Alex.

“This upset my dad, so he then told other family members. Now several members are upset that Alex and her future husband’s nieces and nephews will be there but no one else is allowed to bring their children. We have a fairly large family and we all watch each other’s children, so finding childcare will be difficult.

“Most of the family say it’s Alex’s wedding and her reasons make sense, but I and some of my cousins are refusing to attend. Alex doesn’t seem to care one way or the other.

“One cousin told Alex she was bringing her child anyway to which Alex said, ‘Make sure you wear sneakers so it’s easier on your feet as you’re escorted back to your car’ which is how we found out she’s having the security guard from her school checking the guest list and that he knows to not let any children in.”

Unfortunately, despite believing that she was in the right to demand her child be invited, no one on Reddit agreed with her.

One person wrote: “This has made me laugh. It’s her wedding, not some admissions policy for a restaurant. You’ve basically tried to ‘speak to the manager’ to demand your own way at someone’s wedding. Drop it before you create any more drama.”

A second commented: “Considering her immediate reaction was to go cry to her father to try and get him to bully his brother into switching his daughter’s plans say a lot.

“I’m not surprised the bride isn’t that heartbroken about original poster and her other drama-seeking relatives not attending. Good for her honestly.”

And a third shared: “It’s her wedding and she gets to decide who can come or not. You complaining to your parents and having your dad call her dad to complain is childish.

“It might seem unfair but it’s her wedding and you don’t have any right to argue with her about any decisions that she makes. If you don’t agree with her rules then do exactly what she said, don’t go. She isn’t forcing you to do anything you don’t have to do.” 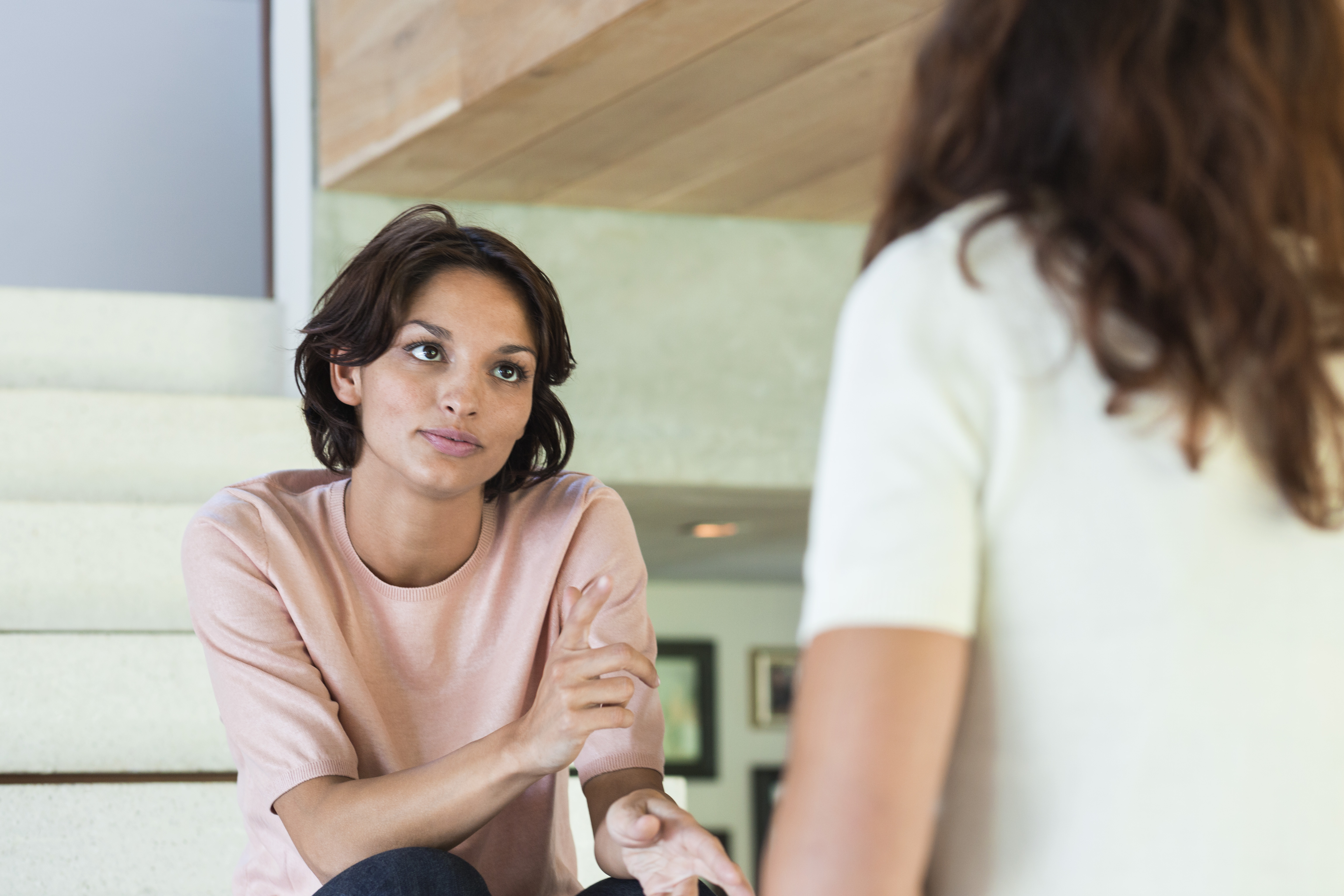 The two women fought to the point where now the family has picked sidesCredit: Getty