Sherrilyn clashed with the protesters as the obstructed the M25 (Pictures: GB News/Insulate Britain)

A mum who rammed Insulate Britain activists on the school run has accused them of faking their ‘ow ow’ cries.

Sherrilyn Speid, 34, courted controversy when she drove her Range Rover into the trio of women climate activists as they sat on the M25 in Thurrock, Essex. One of them appeared to yelp in pain.

She gave her side of the story in a fiery interview with GB News in which host Dan Wootton was accused of inciting murder.

The presenter asked: ‘How tempted were you Sherrilyn to go a little bit harder into those women?’

She added: ‘They wasn’t listening to me. When I tried to do it in a nice way they completely ignored me. So my thinking was I would get in the car and rev it a little bit.

‘All of that “ow ow ow” was dramatic and fake. There’s no way it hurt them. They still didn’t move.’

Former executive editor of The Sun Mr Wootton also asked: ‘Do you agree with me, Sherrilyn, that it’s terrorism?

‘Because if this were a group of Muslim extremists or anti-vaxxers trying to block the middle of some of our busiest roads in Britain, I can’t believe that the police would not be taking stronger action.’ 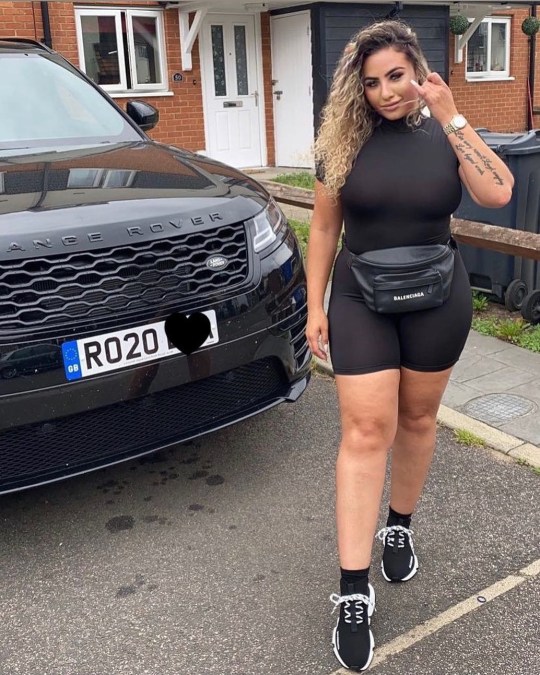 Sherrilyn Speid said Insulate Britain is ‘wrong’ in its methods

She replied. ‘Of course. It’s just not fair what they’re doing to normal people, and they’re targeting parents because they’re going outside schools and blocking roads at that time in the morning.

‘It’s quite apparent what they’re doing and I think it’s wrong.’ 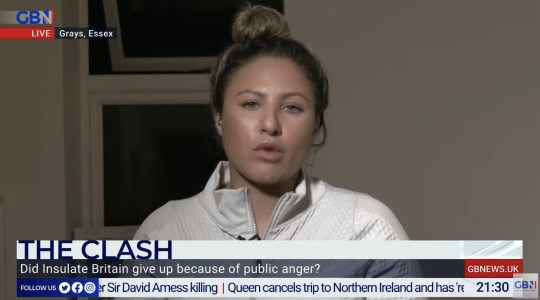 ‘You’ve just incited murder on this programme. Dan Wootton, do you have any heart or soul? You’re inciting people to carry out murder.’

He responded: ‘I’m not for a single second suggesting that.

‘But these people are choosing to sit in a middle of the road… surely you’ve got to potentially expect to be hit by a car.’ 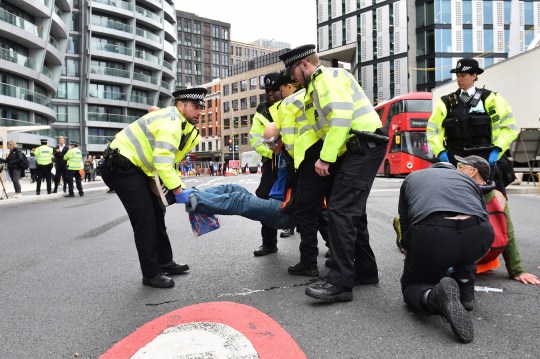 Police carry an activist off the road after a protest in the capital (Picture: AFP/Getty)

Insulate Britain – an offshoot of Extinction Rebellion – held four weeks of rush hour blockades of key roads in and out of London in a bid to drive publicity for its aims.

The group was accused of stopping ambulances from getting to their call-outs after a dozen protesters obstructed the exit from Moorfields Eye Hospital in central London.

It wants the prime minister to commit to retrofitting 29 million homes by 2030 to tackle climate change and fuel poverty simultaneously.

The environmental group has called for speed limits to be halved from 20mph to 10mph during their protests.