A woman faked her and her son’s death to escape a custody battle.

Dawn Walker, 48, was thought to have been swept away while fishing with her seven-year-old son in Saskatoon, Canada.

A passerby had alerted police to a blanket, fishing pole and purse left at the river on July 23.

A $10,000 reward was soon announced after officers found Walker’s truck near to the river.

But it later emerged she had fled to the US with her son and had been using a friend’s identity while there.

The pair were found by police in Oregon City on August 5.

Walker was arrested and reportedly told officers her son ‘doesn’t want to be with his father’.

Oregon Live writes that detectives had traced the 48-year-old’s Chevrolet Equinox to an Airbnb in Oregon City. 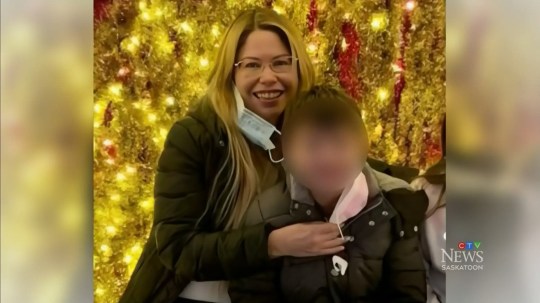 Walker was rumbled when police realised she allegedly was using a friend’s identity (Picture: The Canadian Press)

Walker’s son has been put into the care of a legal guardian and his father informed of the situation.

Police have now released information that assisted their search for the mother and son, including one scrawled piece of paper left behind by Walker. 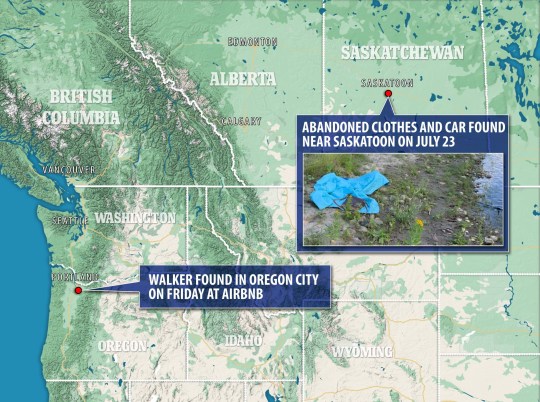 A mobile phone, large amount of Canadian currency, bank cards and a driver’s license were among the other items seized by police.

Walker has since been charged with aggravated identity theft and possession of false documents of identification.

She appeared in federal court on Monday and prosecutors argued she should remain in custody pending extradition.

Assistant US Attorney Scott Kerin told the court: ‘The elaborate scheme she engaged in was designed for one purpose – to avoid the law and not be found. 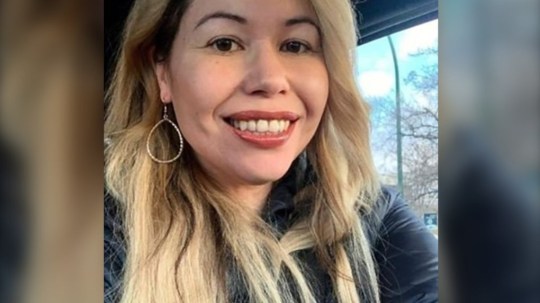 ‘This was not a spur of the moment event. The defendant put time and a lot of effort into planning her crime.’

Walker is well known in her community, having run as a Liberal candidate in the 2021 federal election.

She is also a well-known Saskatchewan author with critically acclaimed books such as The Prairie Chicken Dance Tour.

Walker will appear in court again on Wednesday afternoon where she will plead to get bail.