A mum was allegedly caught on CCTV planting plastic in her meal so she could storm out of the restaurant without paying.

The family-of-four went to the award-winning Indian restaurant Namji in Milton Keynes, racking up a £170 bill on Monday.

Restaurant owner Naseem Khan, 44, said they ‘wolfed down’ their food but complained about the meal throughout.

But when it came time to pay, the parents reportedly refused, claiming they had found a piece of plastic in a curry.

The waiter insisted there is no plastic in the restaurant’s kitchen, but offered to remove the total price of the dish from the bill and take 20% off the rest.

But the couple allegedly turned this down, calling the restaurant ‘disgusting’ and walked out.

The mum was reportedly seen taking the plastic off a cigarette box in her bra (Picture: SWNS) 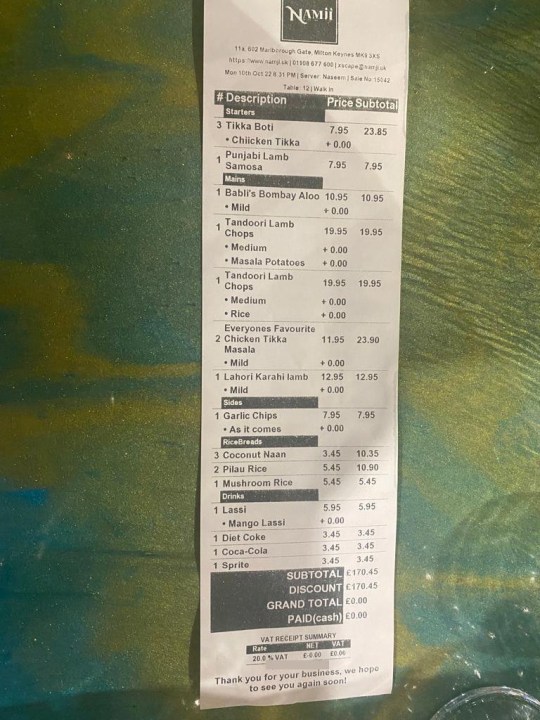 The family of four racked up a £170 bill at Namji in Milton Keynes (Picture: SWNS) 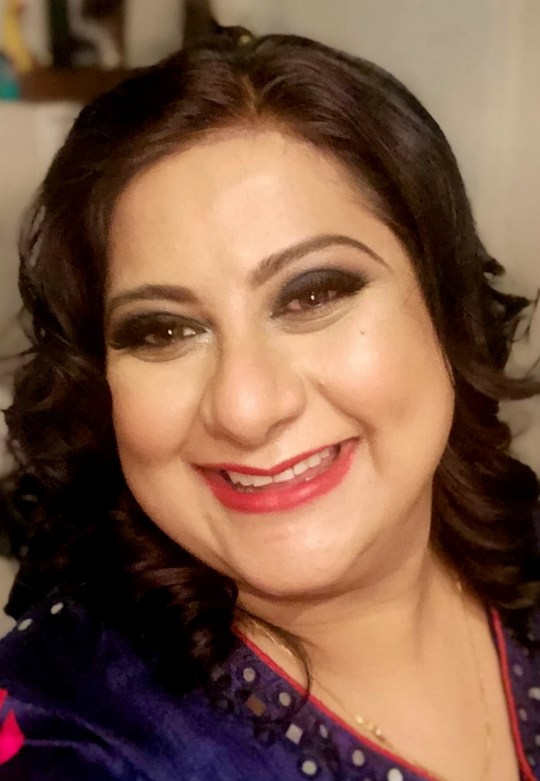 Restaurant owner Naseem Khan said she would help the family if they are struggling to feed themselves (Picture: SWNS)

Naseem later looked through CCTV footage and saw what she claims is the mum removing the plastic cover from a cigarette box kept in her bra, chewing it and dumping it in her food.

The police have now opened an investigation into an allegation of theft.

But Naseem has kindly offered help to the parents if they are ‘struggling with money’, telling them directly on social media: ‘Message me if you need feeding and I will support you.’

During the pandemic, Naseem gave away 250 free meals a week to the homeless.

At the time, she said: ‘As a Muslim, it is my responsibility to help others and give to charity.’