The guest let the profanity slip when he was asked by the anchor to deliver “new reporting” on how the Trump administration is handling the transition of power to Joe Biden’s team. 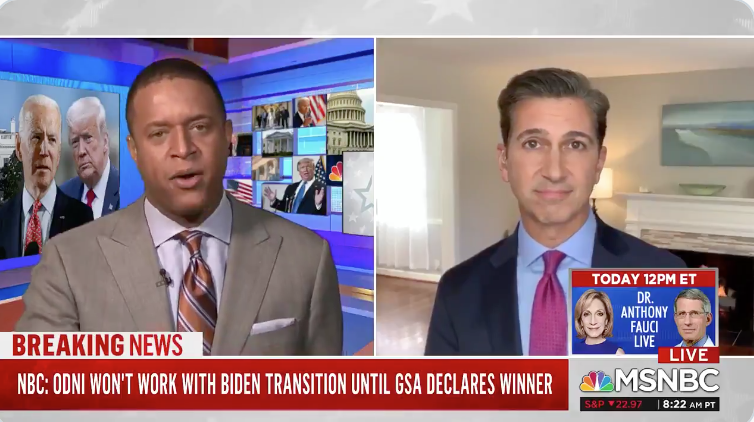 Dilanian appeared to realize he was liveCredit: MSNBC

Dilanian appeared to know he was live as he looked into the camera as Melvin was talking.

“Ken, what have you learned sir?” the anchor asked, encouraging himt o lead the conversation.

The cameras then cut from Dilanian and focused just on Melvin, who looked on before saying “ok, think we lost Ken for a second, we’ll try to get him back there.” 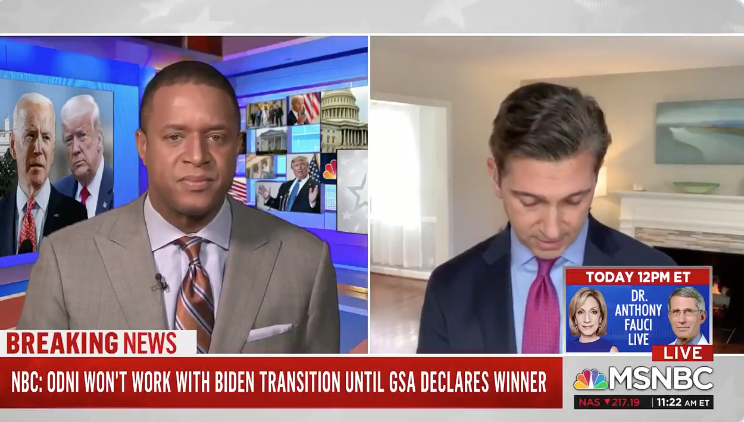 Ken looked down as he sworeCredit: MSNBC

Melvin later blamed the slip on technical difficulties, according to Mediaite.

Dilanian later apologized to viewers who may have caught him swearing on live TV.

“Hey, Craig. First, I want to sincerely apologize to viewers who may have heard me use profanity at the top of the last hit,” he said.

Dilanian then went on to discuss the impact of Trump’s refusal to acknowledge Biden’s 2020 Election win. 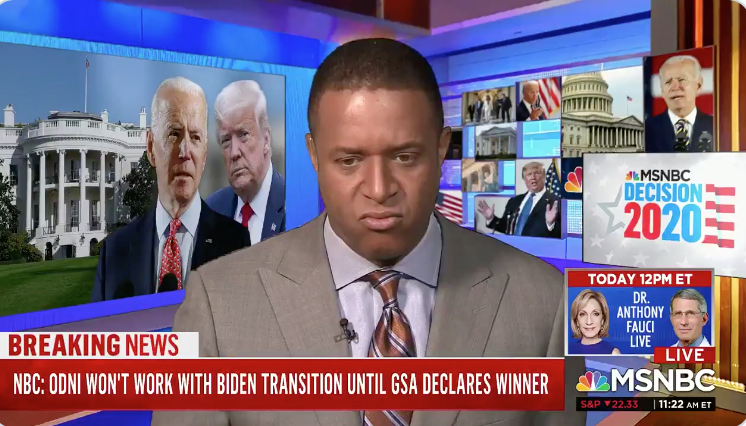 The frame then cut back to MelvinCredit: MSNBC

“What we’re learning today is the potential impact of the resistance of the Trump administration to acknowledge the Biden win in the intelligence arena specifically.”

The topic of discussion came just hours before Biden called Donald Trump an “embarrassment” for refusing to concede and said he “is looking forward to speaking” to him.

The next President of the United States told reporters that Trump is is not helping “his legacy” by refusing to concede.

“The only thing that, uh— how can I say this tactfully? I think it will not help the president’s legacy.”

The comments marked the sharpest critique yet from the incoming president, as Trump’s team refuse to formally begin preparations for the transition.