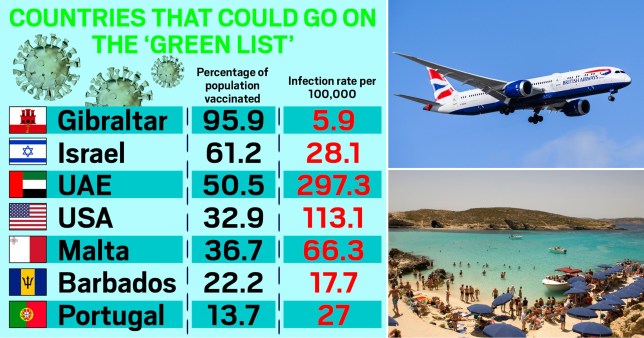 Brits clinging on to the hopes of a summer holiday abroad were given a boost today after airline bosses suggested most of Europe and he US could soon be open for travel.

Johan Lundgren, chief executive of EasyJet, said he ‘would expect almost all major European countries’ to be placed in the low-risk category when overseas trips are allowed to resume.

And British Airways boss Sean Doyle has also said a transatlantic corridor with the United States could open up as a result of the successful vaccine rollout either side of the ocean.

Under the new traffic light system, people arriving in the UK from a ‘green’ country will not be required to self-isolate, but those entering from an ‘amber’ destination must quarantine for 10 days.

Existing rules for arrivals from ‘red’ locations will continue, including the mandatory stay in a quarantine hotel.

Everyone returning to or visiting the UK will be required to take at least one coronavirus test prior to departure and after they arrive.

The earliest date that foreign holidays could be permitted for people in England under Prime Minister Boris Johnson’s road map for easing restrictions is May 17. 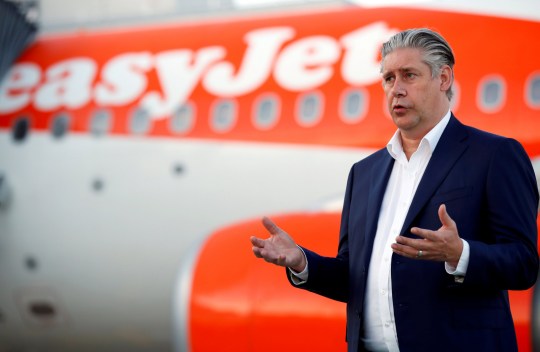 Johan Lundgren said he ‘would expect almost all major European countries’ to be put in the low-risk category (Picture: Reuters)

Mr Lundgren was asked if he expects destinations such as France, Spain, Portugal, Italy, Greece, Croatia, Cyprus and Turkey to be on the ‘green list’.

He replied: ‘Yes, by the time we open up for travel on May 17 and if the Government continues to have the plan in place on the two-test system.

‘I wouldn’t see a reason why you wouldn’t have the majority of the countries of Europe in there.’

Mr Lundgren said people should be able to return from ‘green’ countries without ‘any testing at all because it would be considered low-risk’.

He added: ‘It’s important the Government comes out with this list as soon as possible because this is the main question for most of our customers right now.’ 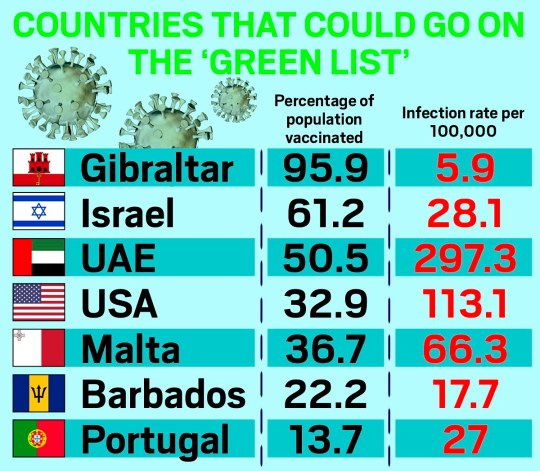 Countries which could be placed on the ‘green’ list (Picture: Getty Images/iStockphoto) 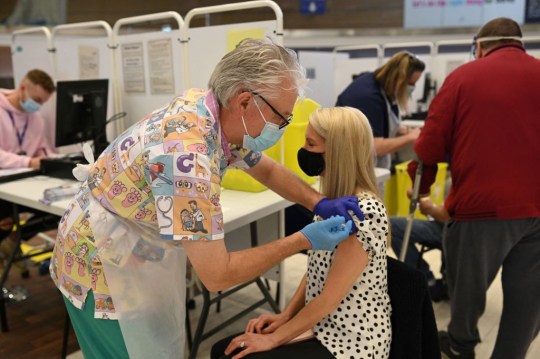 BA boss Sean Doyle suggested the successful vaccine rollout in the UK and US could lead to a travel corridor opening (Picture: Getty)

Meanwhile, Mr Doyle suggested the swift and successful vaccine rollouts either side of the Atlantic means ‘there’s an immediate opportunity to open up the US’ to international travel.

Speaking during CAPA Live, an online industry event, he said that with the two countries ‘more or less mirroring each other’ in terms of jab drives, there should be scope for ‘the UK and the US being able to lead the way in terms of opening up’.

The Department of Transport has pledged to categorise countries ‘by early May’.

Assessments will be based on a range of factors, including the proportion of a country’s population that has been vaccinated, rates of infection, emerging new variants, and the country’s access to reliable scientific data and genomic sequencing.

He said: ‘We are approaching a point where the pandemic in the UK is under control. We have good protections in place with testing, with vaccination as well, and we think we can open in a faster but safe way.’ 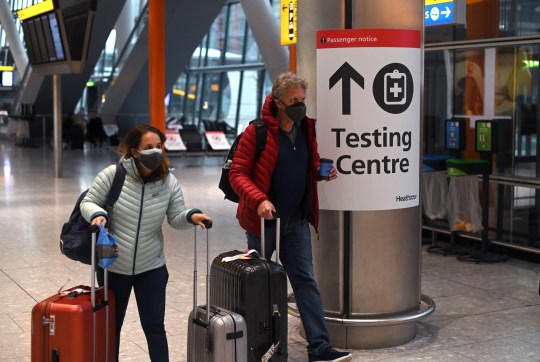 Under the new traffic light system, people arriving in the UK from a ‘green’ country will not be required to self-isolate (Picture: AFP via Getty)

He said tour operators have ‘got a job explaining’ to customers who have had their jabs that ‘actually nothing’s changed from last year’.

Brian Strutton, general secretary of pilots’ union Balpa, told Sky News that if the Government is to require people returning from ‘green’ destinations to take lateral flow tests rather than PCR tests – which cost around £120 – then it ‘should be subsidising them to make the price reasonable’.

He also urged the Government to ‘kick-start’ international travel by offering the tests free to key workers as ‘they deserve a holiday’.

EasyJet flew just 14% of its 2019 flight programme between October and the end of March, but insisted it is ready to ‘ramp up’ schedules for the summer season.

The carrier said it expects to fly up to 20% of pre-pandemic capacity levels between April and June.

The group confirmed it will slump to a steep first-half loss, of between £690 million and £730 million for the six months to March 31, but said this is slightly better than it expected thanks largely to stringent cost-cutting.

It compares with half-year underlying pre-tax losses of £193 million a year earlier.