The dust storm was caused by strong winds in the area (Picture: AP)

At least six people have died after a massive dust storm triggered a 21-car pile up in the US.

Strong winds across Montana whipped up dust and left many drivers with ‘zero visibility’.

At the time of the crash, on the Interstate 90 highway near Hardin, gusts of 60mph were recorded.

The crash was reported at 4.28pm local time on Friday.

Minutes after the crash, the nearby Big Horn Country Airport recorded a wind speed of up to 62mph – up from 40mph less than a quarter of an hour before.

A highway patrol official said extra ambulance services had to be called in from another city to help as it is not yet clear how many people have been injured.

While emergency services attended the scene on Friday, cars could be seen which had crashed into the grass bank.

Dozens of other vehicles were back up on the road because of the crash. 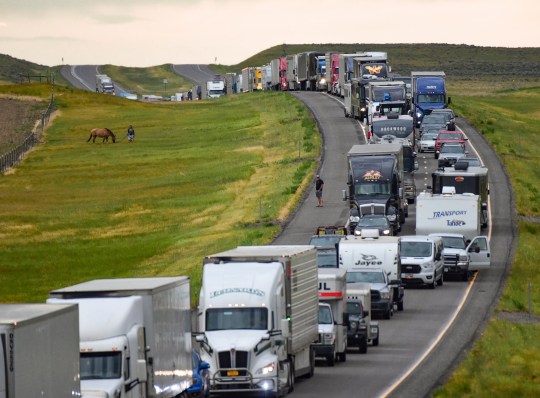 Traffic backed up on the road because of the crash (Picture: AP) 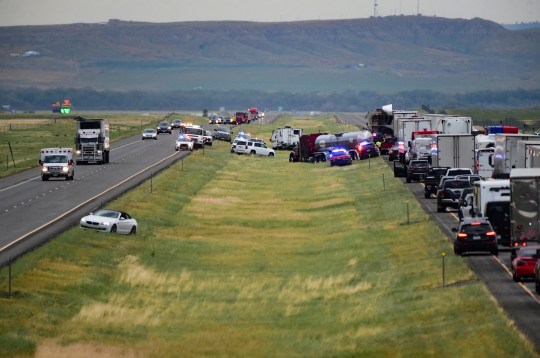 Emergency services were called to the scene (Picture: AP) 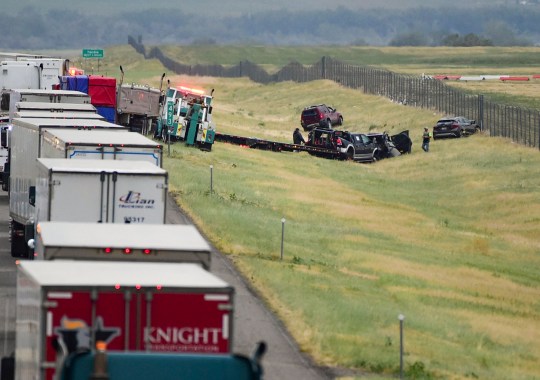 It is not yet known how many injuries there were (Picture: AP)

The dust storm was caused because of a mix of recent dry temperatures and high winds.

‘It appears as though there was heavy winds, causing a dust storm with zero visibility,’ Jay Nelson from Montana’s Highway Patrol said.

Visibility is believed to have dropped to less than 400 metres in the bad weather conditions on Friday.

Greg Gianforte, the governor of Montana, said he was ‘deeply saddened’ by the news of the ‘mass casualty crash’.

‘Please join me in prayer to lift up the victims and their loved ones. We’re grateful to our first responders for their service,’ he added.