THESE are the faces of some of the nineteen children in Uvalde, Texas, shot dead in their school yesterday.

Their parents took them to school yesterday morning, their young hearts joyful with excitement for another day or education and fun with their friends. 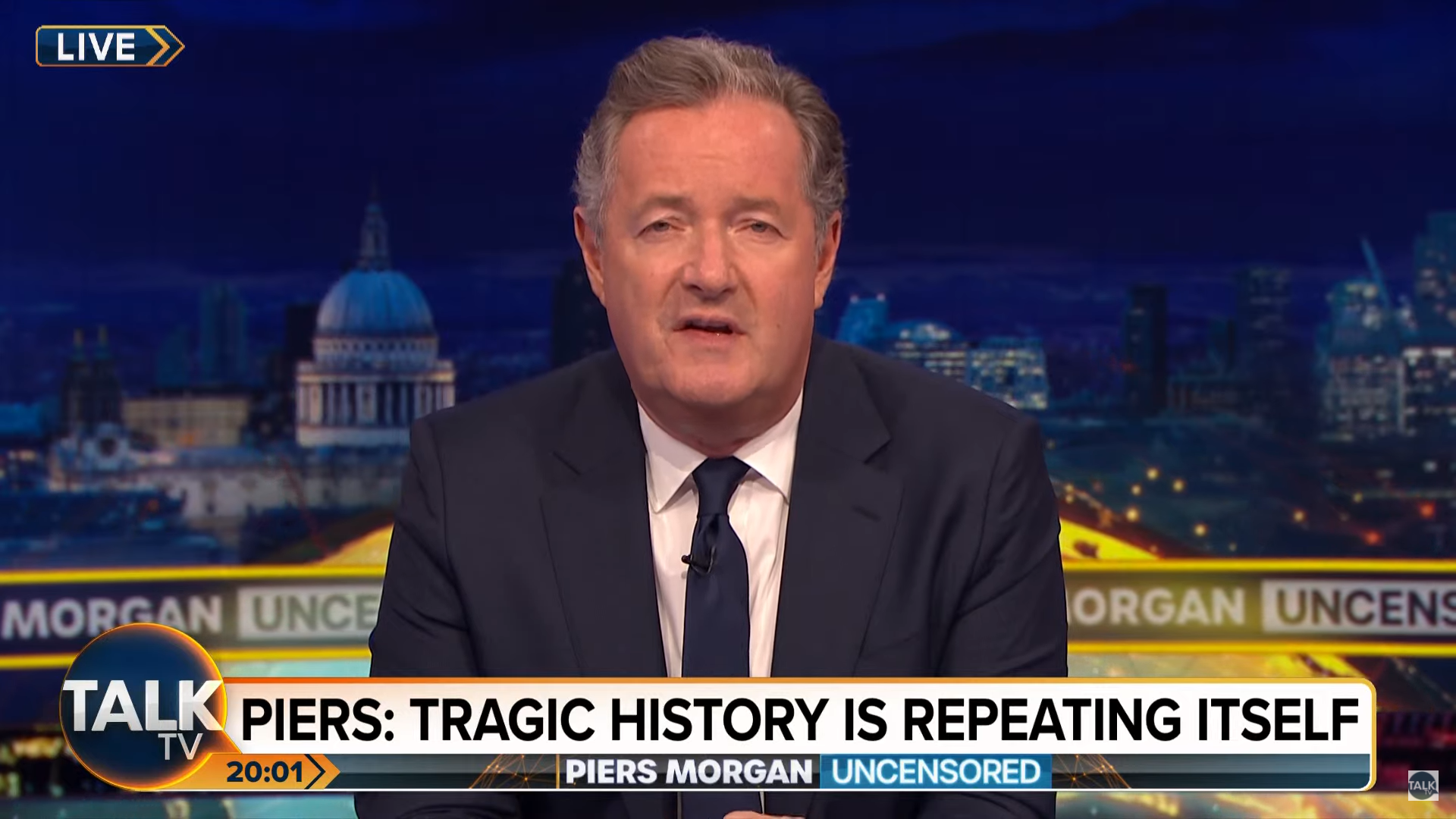 But they’re never going home, and those parents will never recover from the loss of their children.

They were slaughtered by an 18-year-old madman who was then shot dead by police.

This is the deadliest school massacre since Sandy Hook in 2012, where 20 children and six adults were killed in another senseless tragedy that devastated the world.

That was ten years ago. 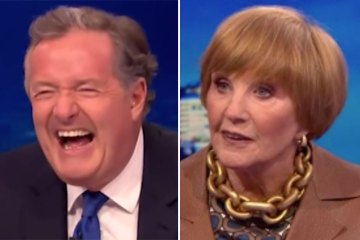 Nothing is the staggering answer.

America has endured more than 900 school shootings since then including 27 this year alone.

There have been more mass shootings in the US in 2022 than for every day of this year so far.

Some US politicians, like Senator Chris Murphy from Connecticut, where Sandy Hook happened, cannot understand why more is not done by elected politicians to at least try to stem the endless gun violence.

Whatever side of the gun debate you’re on, America has a uniquely bad record amongst any of the world’s richest countries for gun deaths and mass shootings.

‘Only in America’ should mean the equal opportunity for any person to aspire to be anything in the richest and most successful country on earth.

It shouldn’t be the mournful lament every time a maniac opens fire on innocent kids in the place they’re supposed to be happiest, and safest.

History does not have to repeat itself.

But in America, when it comes to mass shootings, it does repeat itself.

And the big question is why?

Steve Kerr, one of the biggest stars in American sport as coach of the Golden State Warriors basketball team, spoke for many when his fury overcame him last night.

I understand his anger and passion, but I also understand that very few issues in the States are as impassioned – or as divisive – as guns.

And it’s not for me, a non US citizen, to tell Americans what laws they should have. 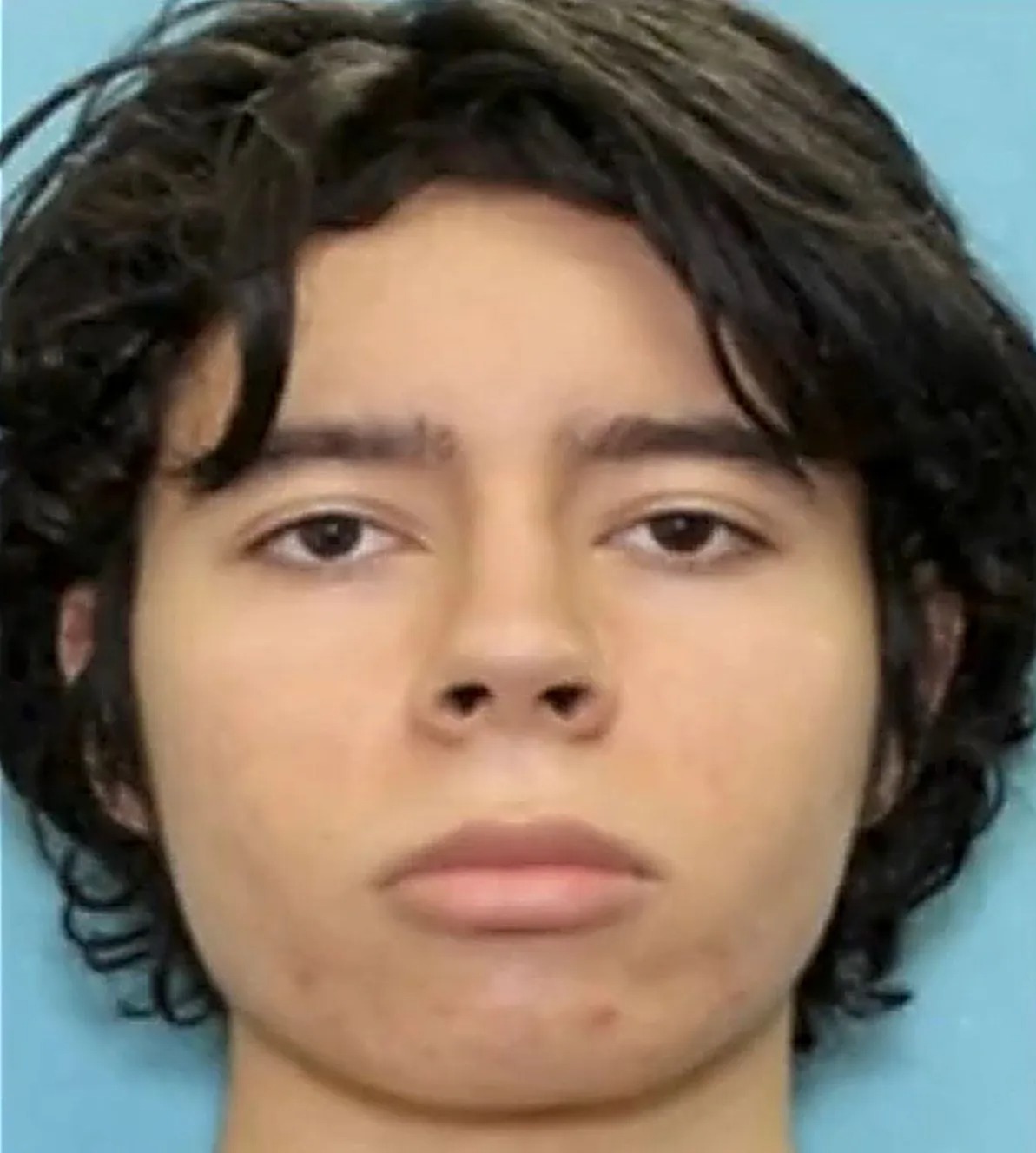 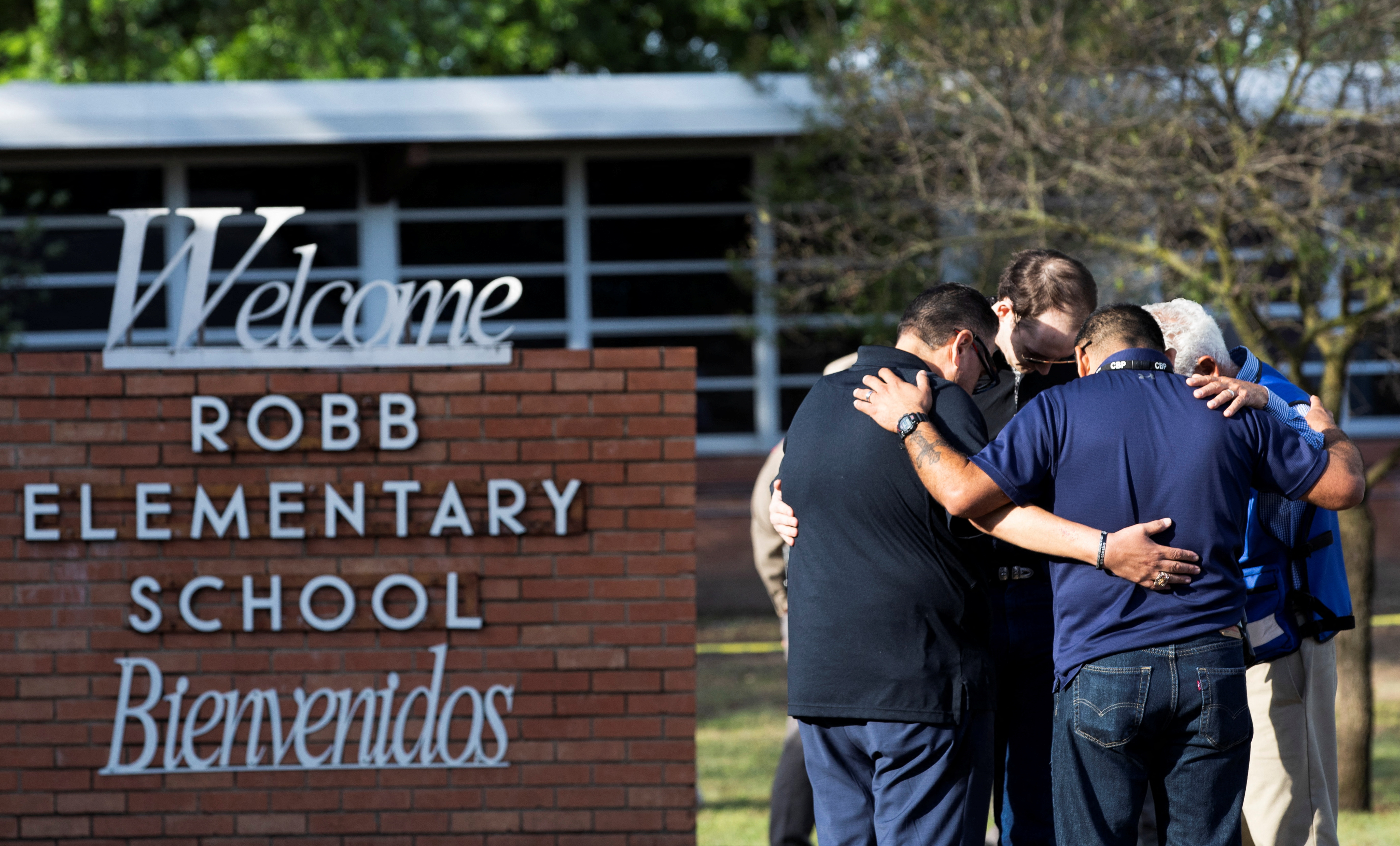 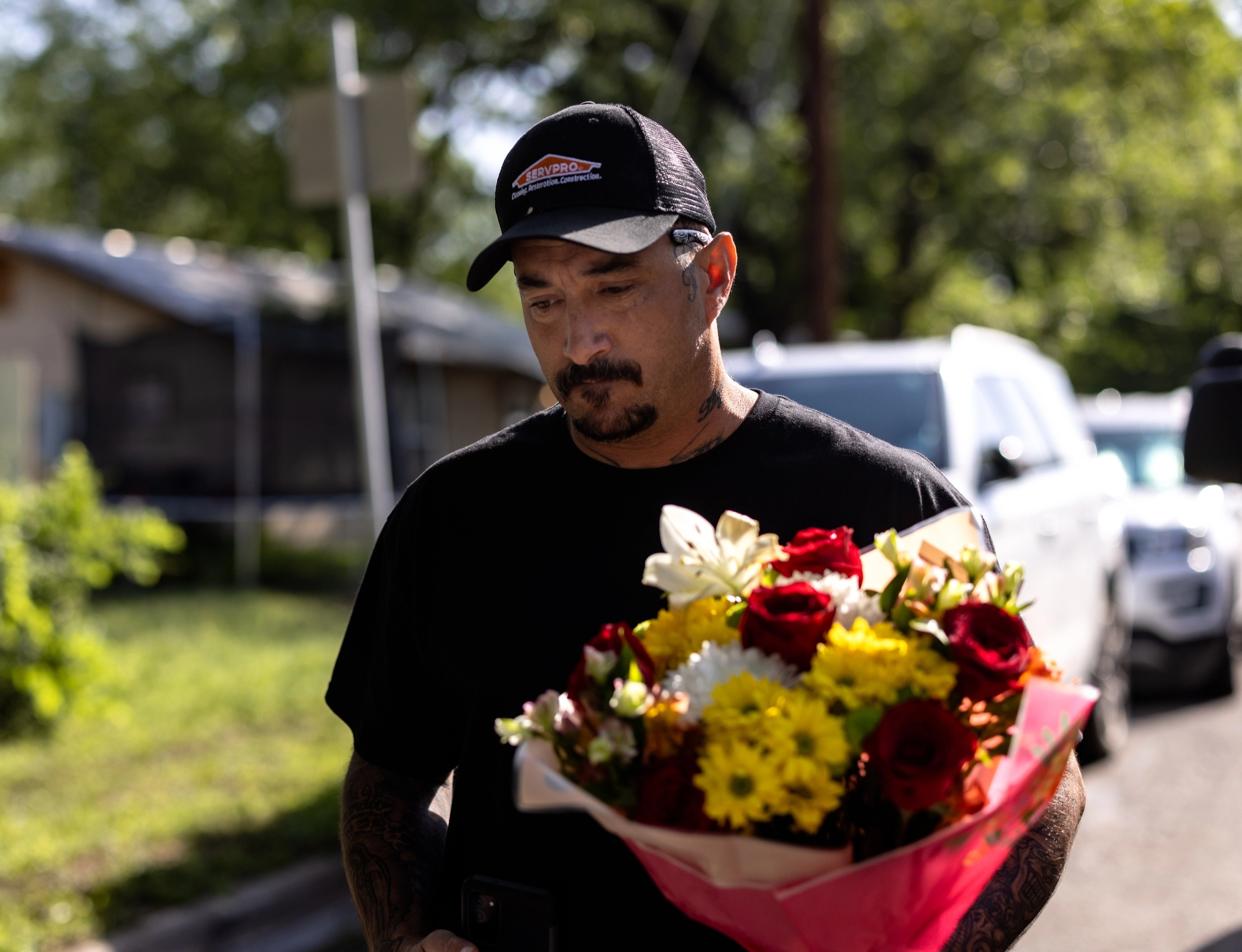 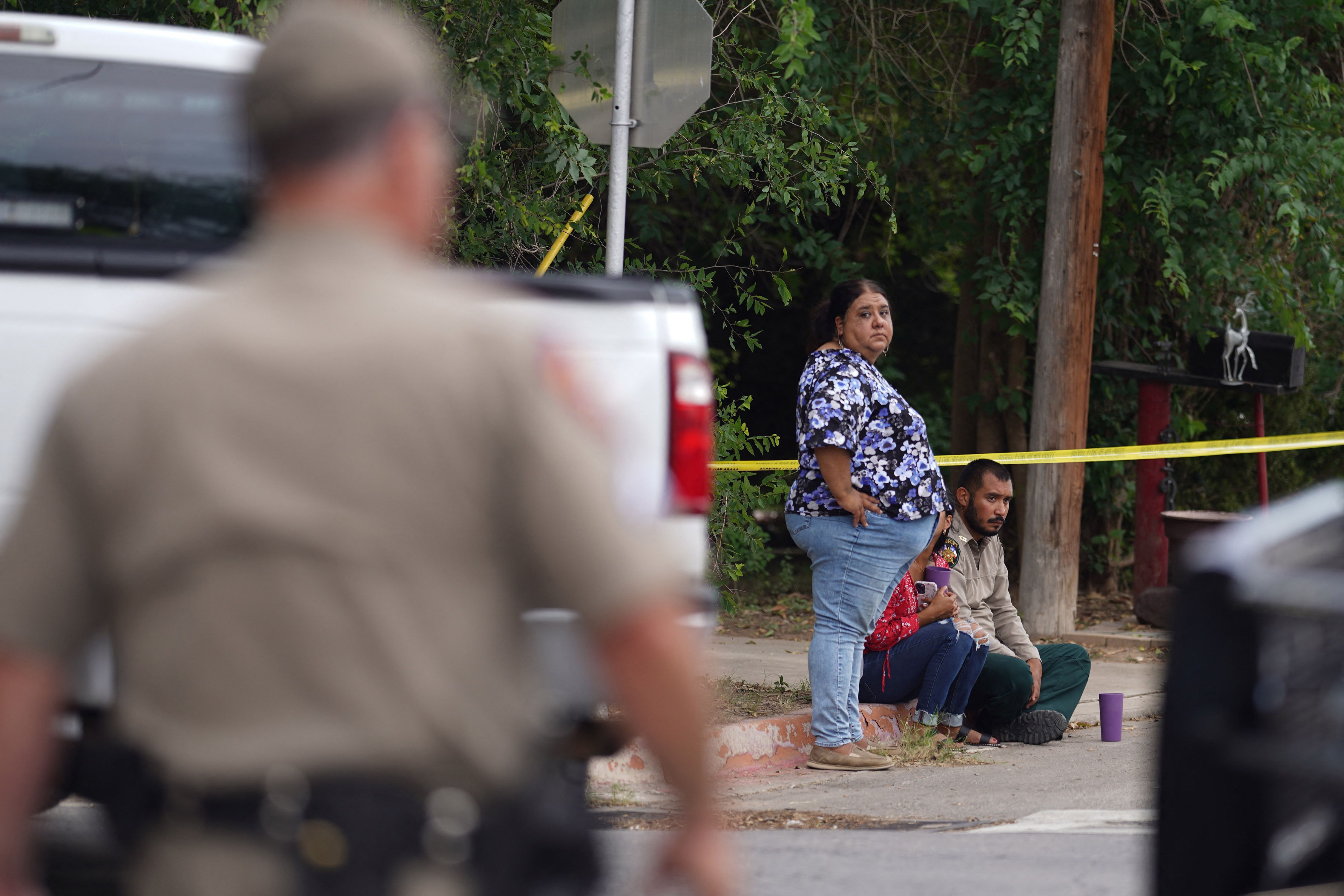 I learned the hard way after Sandy Hook that a British man shouting about gun control to Americans, where firearms are an intrinsic part of the culture of the country, goes down about as well as Americans telling we Brits to abolish the Monarchy.

So let me say this instead: I understand and respect the constitutional right of American people to own guns under the 2nd Amendment. A right that has been ratified in recent years by the Supreme Court.

But there are surely some things that could attract bi-partisan support in the wake of this hideous atrocity?

For example, opponents of new gun laws say they wouldn’t stop any shootings because criminals will still get hold of them – but by that logic, why have any laws to try to stop anything?

We have laws against murder despite knowing it won’t stop all murders.

And yet he couldn’t have legally bought a beer in Texas for another three years, until he was 21.

Nor could he have legally bought a Kinder Surprise chocolate egg anywhere in America because they’re banned due to the threat of choking on the tiny toys inside.

It takes a deranged monster to gun down innocent children, but it’s also monstrous to watch it happen time and again and do nothing, isn’t it?

You don’t have to be pro or anti new gun control laws to surely realise this is incomprehensible?

Just as it seems absurd that there is no law enforcing universal background checks on all gun sales, when 91% of Americans in polls want them to happen. And those background checks must include all potentially relevant information.

Ramos was known to police after violent arguments with his drug addicted mother.

The supermarket shooter Payton Gendron was also 18 when he murdered ten black people in Buffalo, New York 10 days ago. He also bought his guns legally, and was also known to police after threatening to shoot up a school.

Banning people from being able to buy guns until they’re 21 (the Sandy Hook shooter Adam Lanza was 20) may not stop young men like this getting their hands on guns, but shouldn’t we at least make it more difficult for them?

There were calls today for more armed security at schools.

I don’t disagree with making schools more secure, but the Texas shooter was engaged by armed law enforcement before he even got inside the school. They couldn’t stop him until it was too late.

The answer to these endless massacres can’t just always be more guns which are now the leading cause of death for US children, overtaking car accidents.

Texas already has almost twice as many registered guns as any other US state. More than a million of them. Guns didn’t stop this tragedy.

It takes a deranged monster to gun down innocent children, but it’s also monstrous to watch it happen time and again and do nothing, isn’t it?

America is a magnificent country with great people.

I’ve lived and worked there for nearly 20 years and love the place.

But the level of gun violence is completely unacceptable for a supposedly civilised democratic society.

As I said, it’s for Americans to resolve this gun violence crisis, not me.

All I will say tonight, as the bullet-ridden bodies of those poor innocent children lie in mortuaries, is that surely doing absolutely nothing is longer an option?

And from a story about the truly unimaginable suffering of ordinary people, to one about utter contempt for them at the very heart of the British government.

Prime Minister Boris Johnson presided over a culture of disgusting and deplorable disrespect for British voters, and for the laws he made and told us to follow. 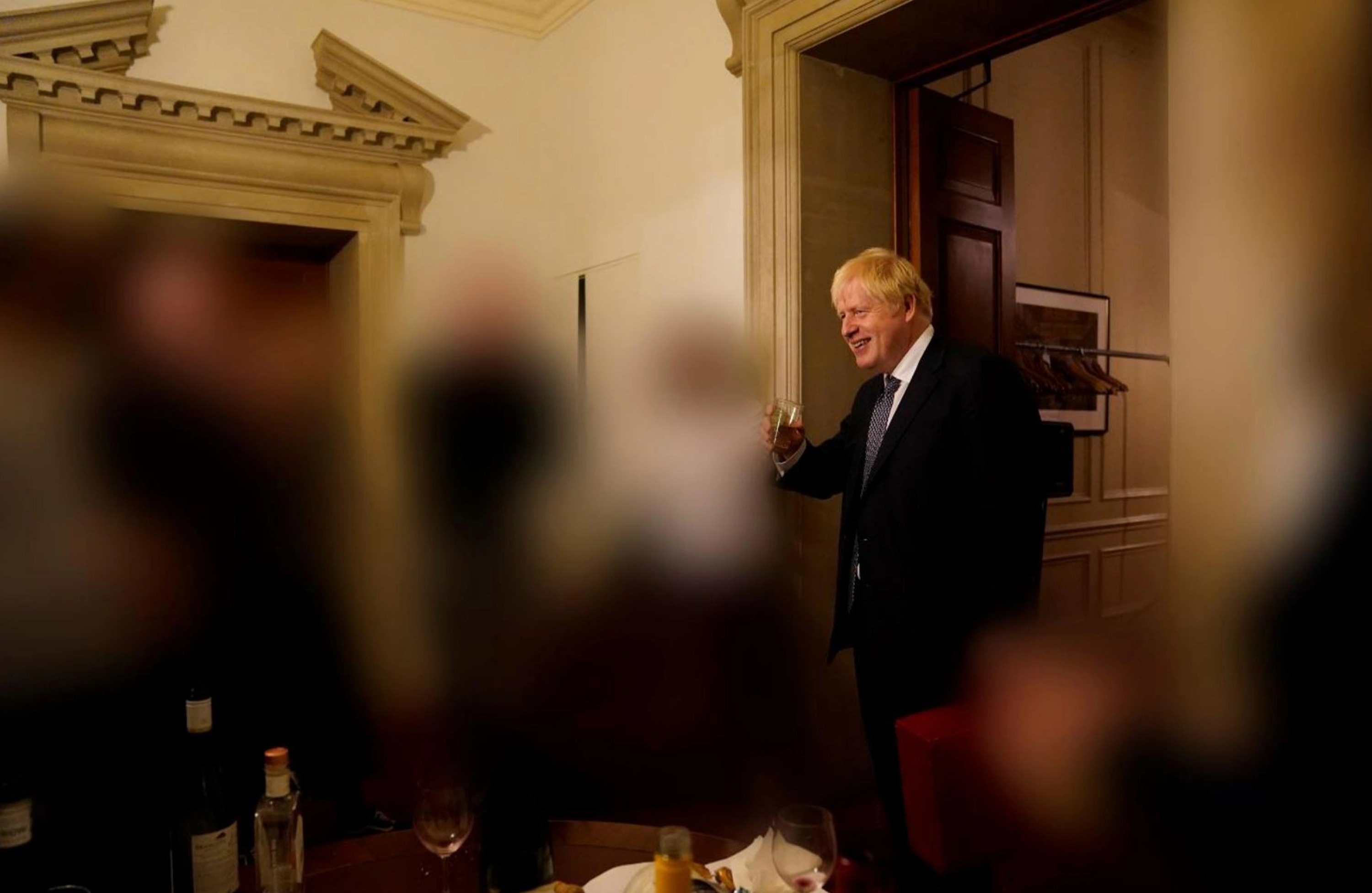 Boris Johnson holding a drink at a leaving part for a special adviserCredit: Getty 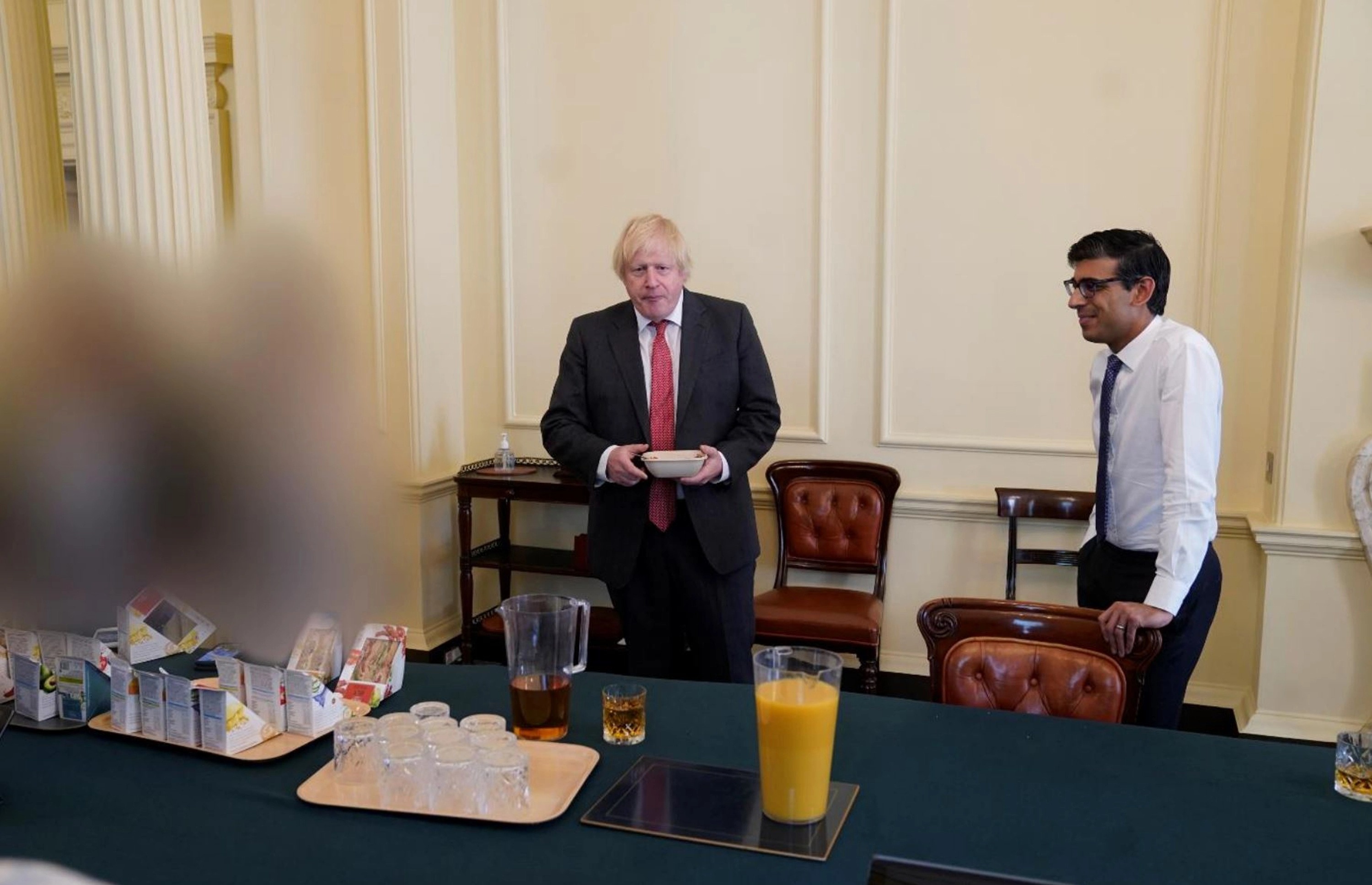 Civil servant Sue Gray’s report into illegal, lockdown-breaking parties at Downing Street would finish any politician with an ounce of shame.

But tonight the shameless Boris Johnson staggers on.

An apology, followed by excuses. The only thing he’s sorry for is the fact that he got caught.

We already knew that Boris Johnson broke the law – he was fined for it.

We already knew that 83 people got more than 126 fines for partying when the rest of the country was told to stay home and save lives.

We already know Johnson lied – including to Parliament.

But the devil is always in the detail.

And today’s report is a rap sheet from hell.

The lurid details about these parties, which happened in a place of work and in the Prime Minister’s own house, would be shocking at any time.

The fact they took place during a pandemic is almost too outrageous to believe.

“Helen MacNamara, Deputy Cabinet Secretary, attended for part of the evening and provided a karaoke machine…”

A text message from the Prime Minister’s top adviser Martin Reynolds: “A complete non-story, but better than them focusing on our drinks (which we seem to have got away with).”

And it goes on.

“Some members of staff drank excessively…the event was crowded and noisy…A cleaner who attended the room the next morning noted there had been red wine spilled on one wall and on a number of boxes of photocopier paper.”

“Some staff had witnessed or been subjected to behaviours at work which they had felt concerned about…multiple examples of a lack of respect and poor treatment of security and cleaning staff. This was unacceptable.”

You’re damn right it was.

And that last revelation gets to the very heart of all of this.

The people at the centre of government showed a calculated contempt for ordinary people – not only in their place of work, but for the people who pay them to be there.

Boris Johnson’s desperate defenders told us we had to wait for the police investigation before passing judgement.

So we did, and it was damning.

Then they told us we had to wait for Sue Gray’s report before passing judgement.

And her verdict was damning too.

Boris Johnson and his staff took the public for idiots, brazenly breaking the rules they had enforced on the rest of us.

And then he lied through his teeth about it.

He should do the honourable thing, but he wouldn’t know the meaning of that phrase.