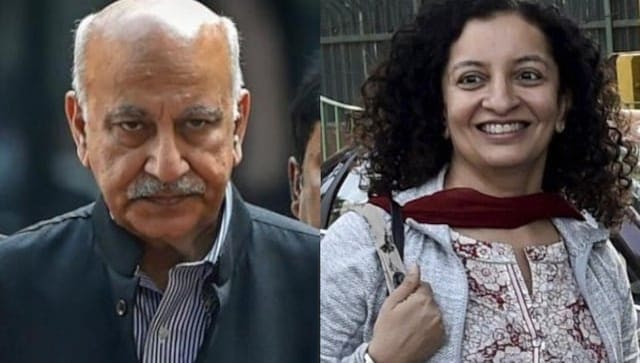 MJ Akbar’s lawyer Geeta Luthra made her concluding arguments on Tuesday in a Delhi court in the former Union minister’s defamation case against journalist Priya Ramani.

During the #MeToo movement in 2018, Ramani had accused Akbar of sexual misconduct in an incident dating nearly three decades ago.

According to Bar & Bench, senior advocate Luthra told the court that John’s submissions on behalf of Ramani had made it seem as though Akbar was the accused. “She [Ramani] has not filed the complaint. It was [Akbar’s] reputation that was tarnished,” Luthra said. “[This] is a defamation case and not a sexual harassment case by her [Ramani].”

“You have to work every day to build such a reputation. Akbar is [sic] a top journalist in India. He worked for 40 years, during which there was not an allegation against him. In 2018, [Ramani] said something for the first time and tarnished [Akbar’s] reputation of 40 years,” Luthra added.

Akbar’s legal team countered Ramani’s counsel’s argument for why others who had made similar allegations against the former editor and minister had not been named in the defamation suit alongside Ramani.

“You can’t say why didn’t you file complaint against A or B,” Luthra said. “Their defence is ‘why have we not made others accused?’. It’s not a legally tenable argument.”

Further, reading the 2017 Vogue article in which Ramani had first outlined her allegations of sexual harassment, albeit without mentioning Akbar in it, Luthra contended that the anonymous male boss to whom the piece is addressed and to whose conduct it refers, is clearly meant to be a single individual; she refuted Ramani’s contention that ‘some parts of the article referred to Akbar and others didn’t’, Live Law reported.

The hearing will now continue on 24 December.