Across the country, Brits have been raising a toast to Her Majesty as he celebrates 70 years on the throne this weekend.

The streets have been filled with red, white, and blue as people eat plenty of cakes and party throughout the day.

Plenty of revellers were blessed with sunny weather as they showed up in fancy dress and Union Jack patterned suits to mark the Platinum Jubilee.

One reveller rocked a purple dress, a pair of black heels, a curly wig – and of course, a mask of the Queen.

Accessorised with a handbag carrying a toy corgi, he was pictured giving the royal wave before cutting a cake for neighbours.

More than 16,000 street parties are expected to be held over bumper four-day Bank Holiday weekend, with councils reporting a record number of road closures.

Thousands are likely to keep the party going until the early hours and hit the pubs and clubs, which are staying open until at least 1am for the long weekend.

Around 100million pints are expected to be guzzled over the long weekend in a huge boost to the hospitality sector. 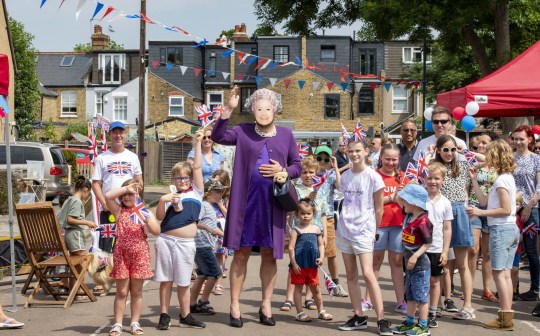 The Queen herself may not have visited any street parties, but this guy in London did her justice (Picture: MJ-Pictures.com) 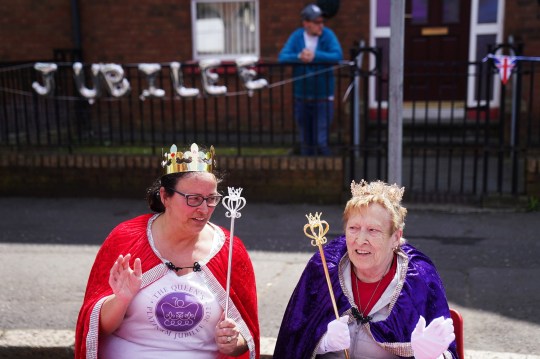 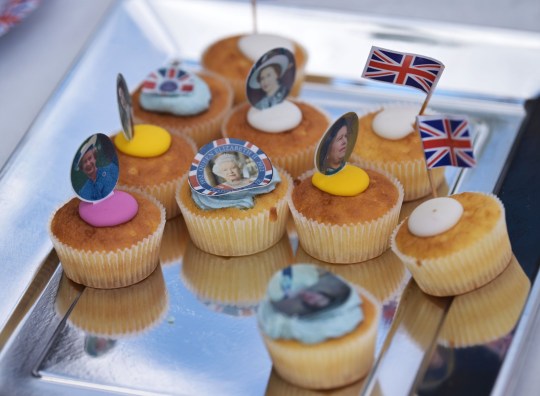 Buns and cakes featuring images of the Queen throughout the decades (Picture: Getty Images) 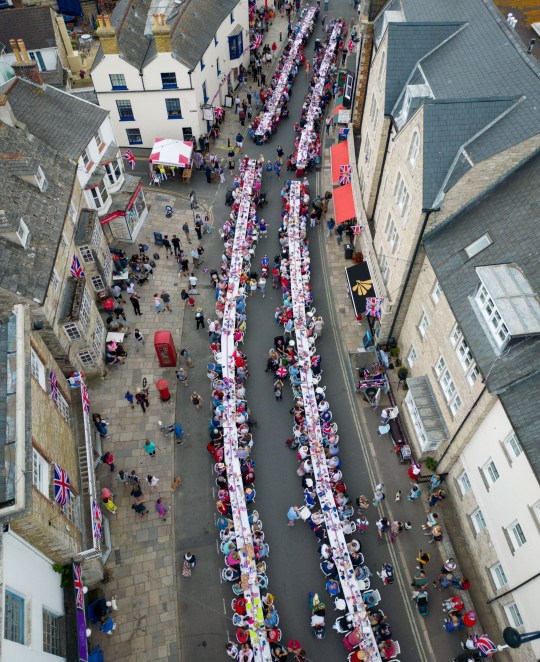 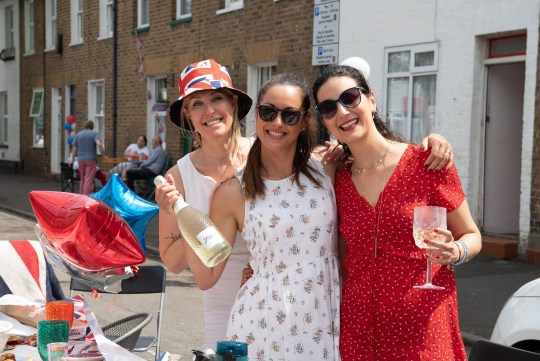 Revellers in Windsor crack out the bubbly for the historic occasion (Picture: REX/Shutterstock) 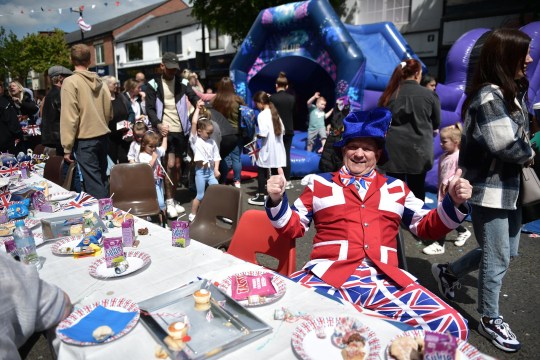 A man in Belfast dons and all-Union Jack suit for a party in Belfast (Picture: Getty Images) 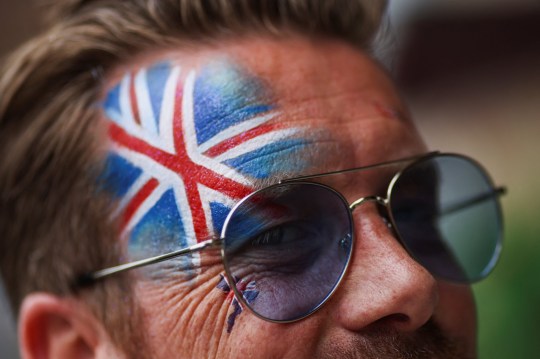 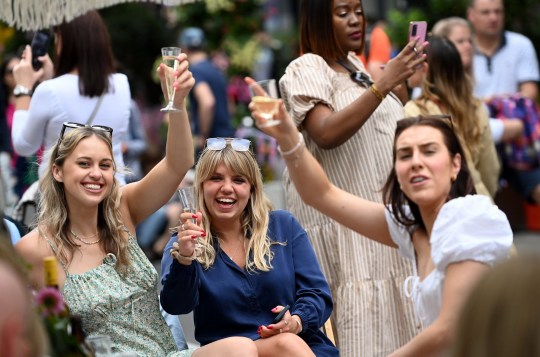 Many Brits are expected to carry on partying through the night (Picture: EPA) 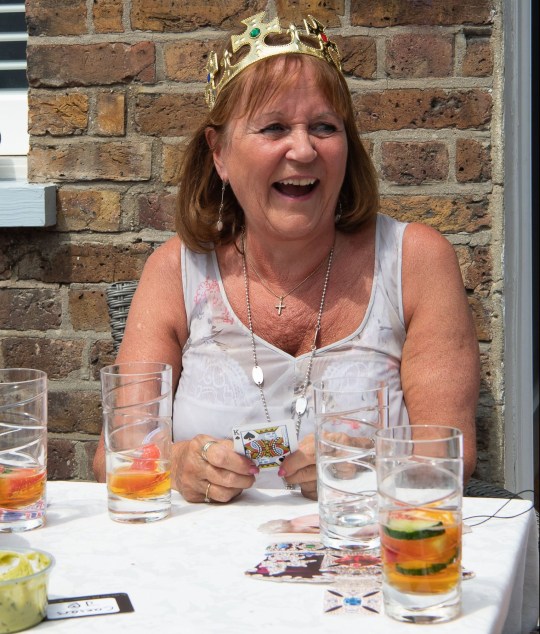