THE course of true love never runs smooth, but it’s been bumpier than an Old Town Road for Billy Ray Cyrus.

I can reveal the country star is in a relationship with much younger singer Firerose — something that probably won’t best please his Party In The USA singer daughter Miley. 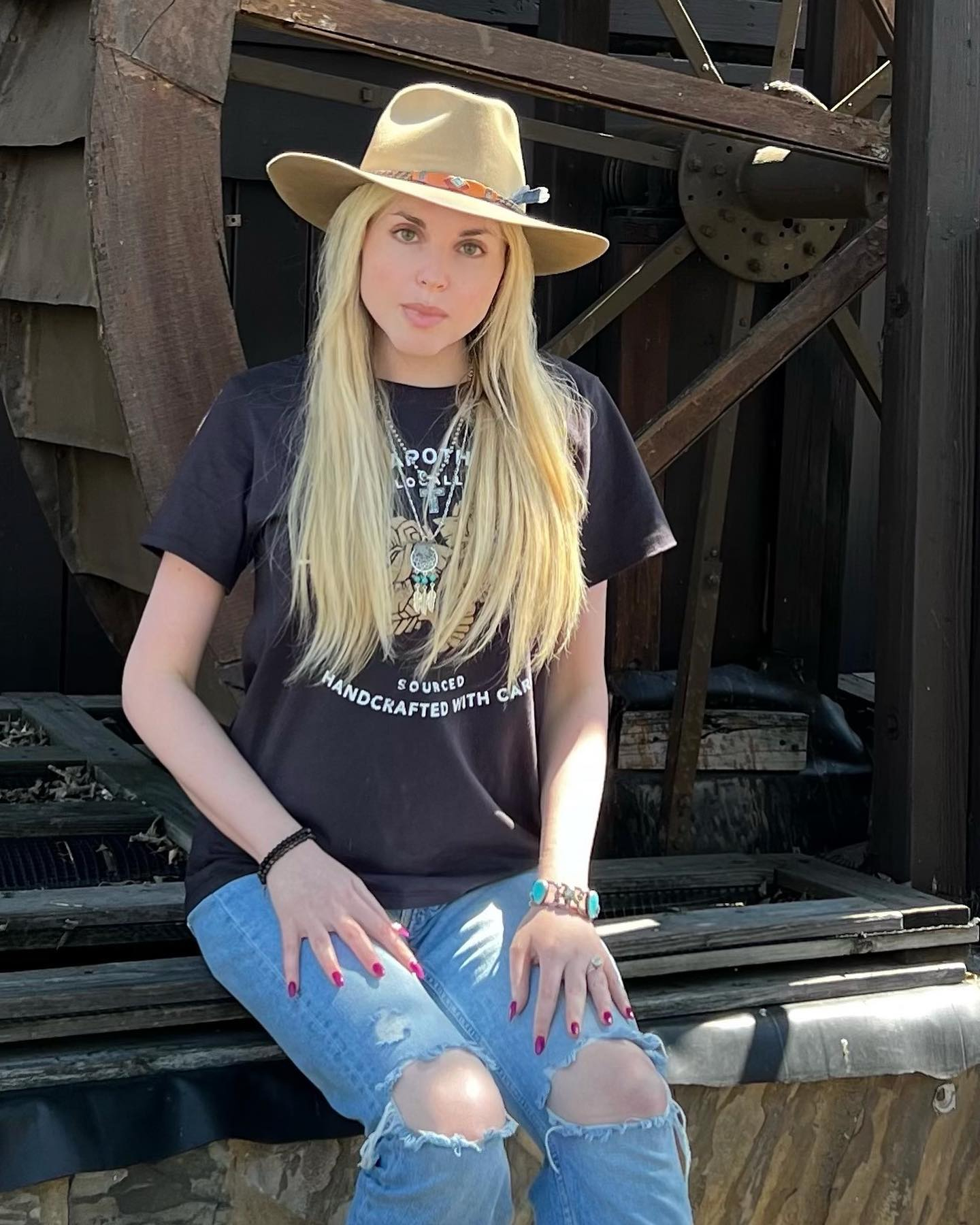 The couple are now believed to be engaged after she was spotted with a huge diamond ring — only five months after Billy announced his split from wife Tish after 28 years of marriage.

The pair released a song together last year called New Day and performed as a duo, leading to a growing ­closeness.

But the engagement is likely to cause further friction with Miley.

I told earlier this month how the father and daughter, who appeared alongside each other in hit Disney series Hannah Montana, had unfollowed each other on Instagram after a series of rows.

There was confusion about whether Achy Breaky Heart singer Billy had started seeing Firerose before announcing his separation from Tish.

But Tish herself claimed in divorce proceedings that she and Billy had not lived under the same roof for more than two years — citing “irreconcilable differences” for their split — suggesting they had been separated for years before it was announced.

A source said: “Billy is ­happier than he has been in a long time with ­Firerose.

“There had been problems in his marriage for a while. He and Tish have been on and off for the best part of a decade, but things had been over for some time before the announcement in April.

“Not everyone sees his decision to move on so quickly in the same light though.

“There has been some tension with Miley, which is sad to see, but everyone is hopeful that they will be able to get over it soon enough. Thankfully his other kids do not ­have an issue with him and he has just collaborated with his youngest, Noah, on a song.”

Billy’s team declined to comment when asked about the engagement.

But hopefully Billy and Miley will be playing happy ­families again before long.

KYLIE Minogue is preparing to return with new music – and I am told she will debut it at her first full-length public concert in three years.

The Wow singer will headline the opening concert for WorldPride in Sydney on February 24.

And it will be a welcome return to the stage for the pop icon, who decided not to tour her 2020 No1 album Disco due to fears the gigs would be cancelled because of Covid.

A source said: “Kylie was never going to pass on Sydney WorldPride as she knows how much it means to her LGBTQ+ fans. She is planning a spectacular performance with music that no one has heard yet.”

Kylie will has also headline the New Year’s Eve gala at Atlantis, The Palm, where she sang in 2008 at the opening of the Dubai resort.

The ceremony, celebrating the best in independent music, at London’s Roundhouse last night, featured performances from The Libertines and Lethal Bizzle. 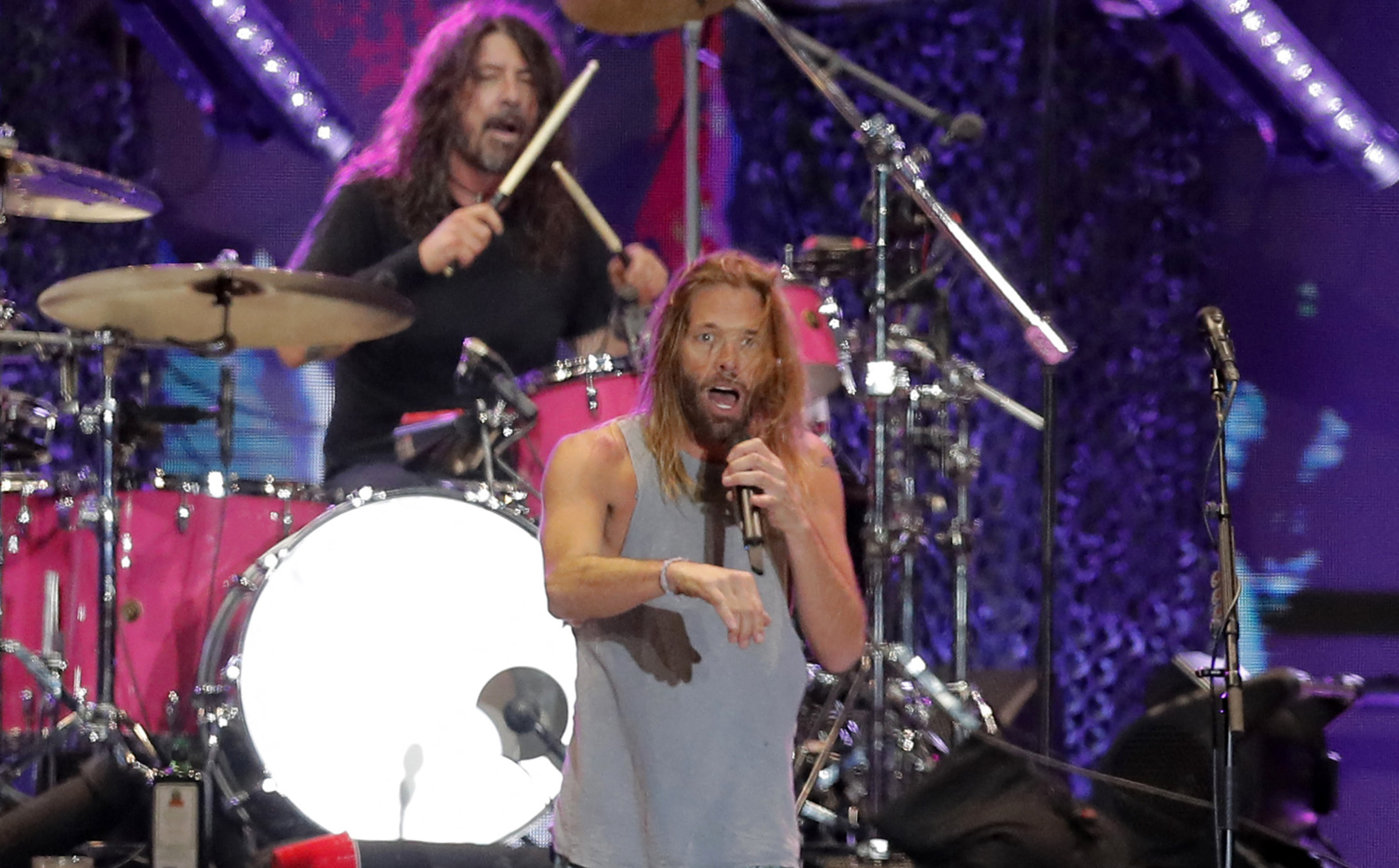 PINK stole the show at the Taylor Hawkins Tribute Concert in Los Angeles.

The concert, which went on until the early hours of yesterday morning, saw the Foo Fighters put on a huge tribute gig in honour of the drummer who passed away suddenly in March.

During the gig Pink joined The Foo’s and Queen to sing their 1976 hit Somebody to Love and later sang The Pretender with the American band, fronted by Dave Grohl.

Miley Cyrus also appeared with the Foo’s and Def Leppard to perform their 1983 song Photograph, while Taylor’s son Justin performed four songs with his dad’s side-project band The Coattail Riders.

The Cars’ Elliott Easton also performed at the electric concert in Kia Forum in LA, as well as Alanis Morrisette and drummer Chad Smith from Red Hot Chilli Peppers.

On the night Blink-182’s Travis Baker and The Runaways founder Joan Jett also played – along with Dave’s daughter Violet who opened the show with a haunting rendition of Leonard Cohen’s track Hallelujah.

BILLY Joel has signed up to perform at BST Hyde Park next summer as his only European appearance of the year.

The music legend, behind songs Piano Man, We Didn’t Start The Fire and Uptown Girl, will play on July 7, with tickets going on sale next Thursday.

To get fans warmed up, his concert film Live At Yankee Stadium, shot in 1990, is coming to cinemas on October 5 and 9. 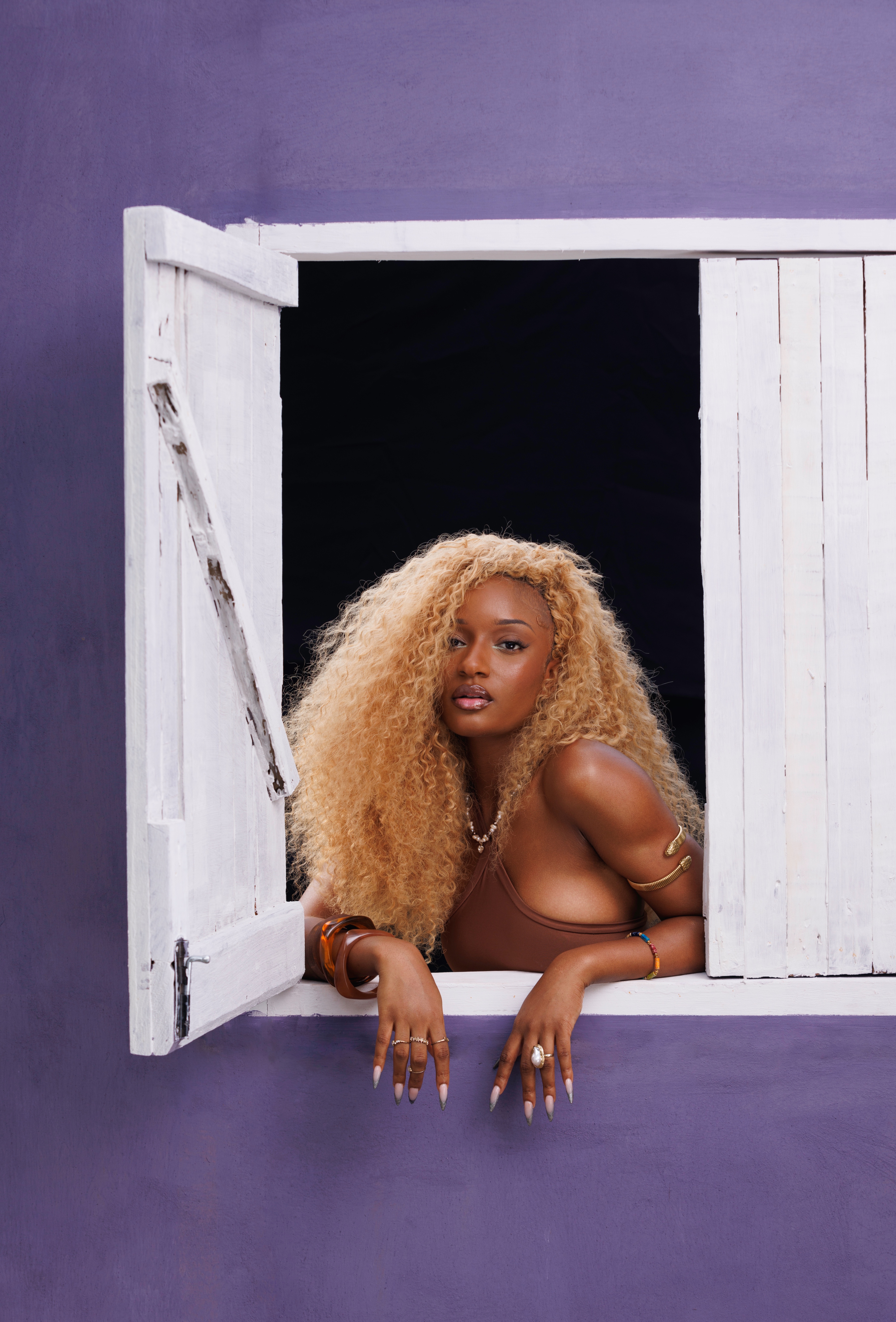 AYRA Starr is one of Africa’s most promising musical talents – and now she has got a boost by collaborating with Kelly Rowland.

The up-and-coming Nigerian singer has teamed up with the Destiny’s Child star for a new version of her track Bloody Samaritan, after Kelly reached out and said she loved the song.

In her first UK newspaper interview, Ayra told Bizarre: “She did a video to my song Fashion Killer so we were cool from there.

“Then somebody posted a video of the song playing and they tagged her saying, ‘Kelly wants to jump on a remix’. Then Kelly reposted it like, ‘Yes, Ayra, let’s do it.’ I was in Lagos in my mum’s house washing the dishes so it feels like a dream.

“Before I go on stage I watch Destiny’s Child ­perform because I want to soak up that energy.

“Then when Kelly reached out and said she wanted to be on the remix, it was the best thing ever.”

The original version of the song has already racked up 31million views so I am expecting big things from Ayra – and not just in the pop world.

She added: “I always knew I was going to do music at some point. I used to model for money. I got told I was too short to model but I was like, ‘Watch me!’ and I did it.” 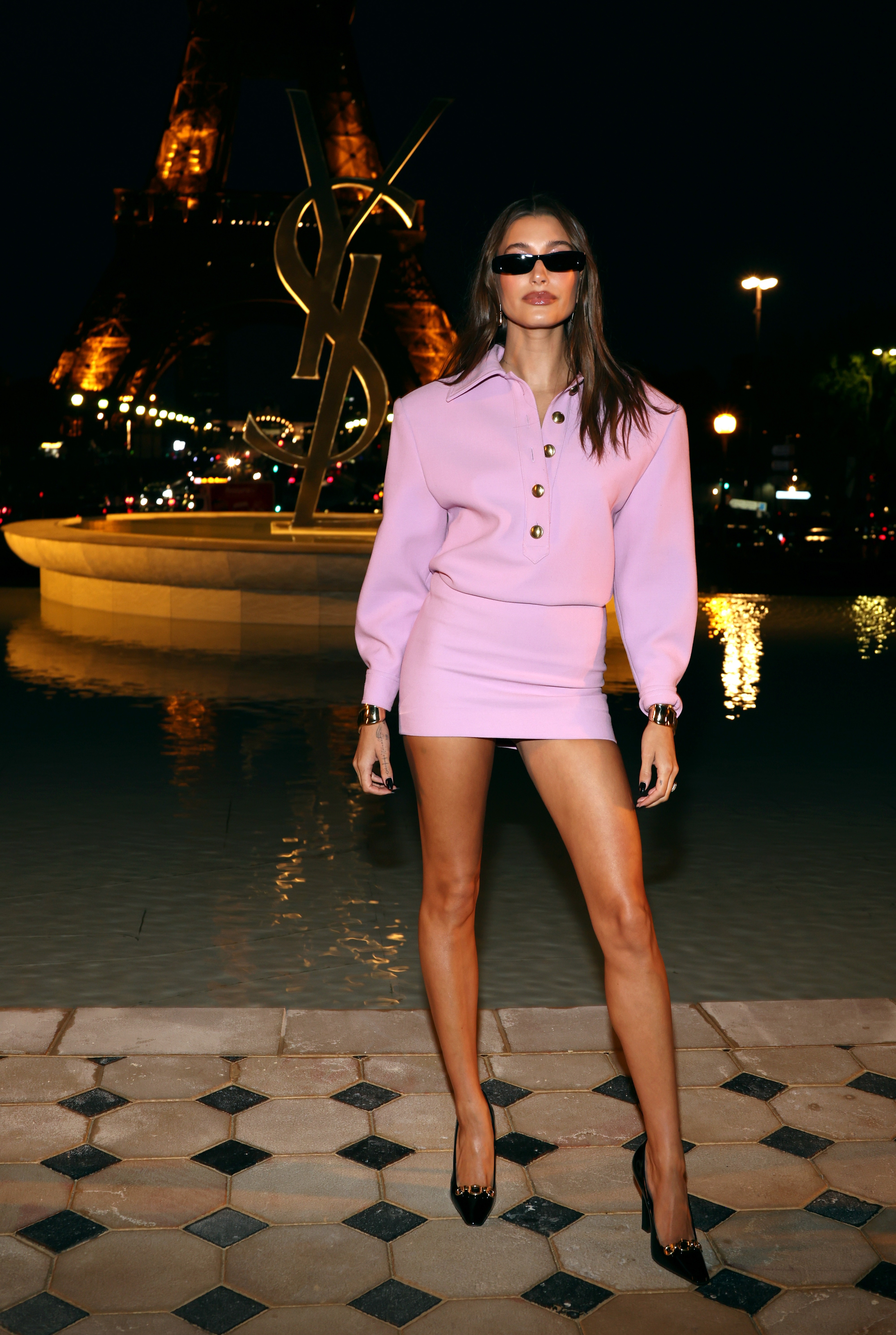 HAILEY Bieber has finally broken her silence over claims she stole husband Justin from his ex Selena Gomez.

When asked if she had hooked up with the ­Canadian superstar before their split, model Hailey said: “No, not once. It’s not my character.”

Justin had a brief romance with Hailey in 2016 before they started dating properly following the end of his relationship with Selena in July 2018.

The pair went on to marry just two months later.

Hailey, who was this week snapped enjoying Paris Fashion Week in a bright pink mini skirt, added: “A lot of the hate comes from, ‘Oh you stole him’ . . .  but it’s not the case.”

WHILE he still has a legion of fans hanging on his every word, Liam Gallagher may not be quite so popular with the celebrity pals who invested in his flop fashion label Pretty Green.

It has finally been wound up – and left the singer’s investors a combined £11million out of pocket.

I’m told insolvency experts have informed creditors of the bad news. Pretty Green first hit trouble in 2019 and if Liam thought it was ­painful then, then I’d hate to see how much he is squirming now.

But brother Noel may well be pleased to hear he will not be getting any more freebie Pretty Green clobber.

He previously revealed Liam had gifted him and their Oasis bandmates some kit.

“It was on the shop mannequin in Barnardo’s a month before it launched.”