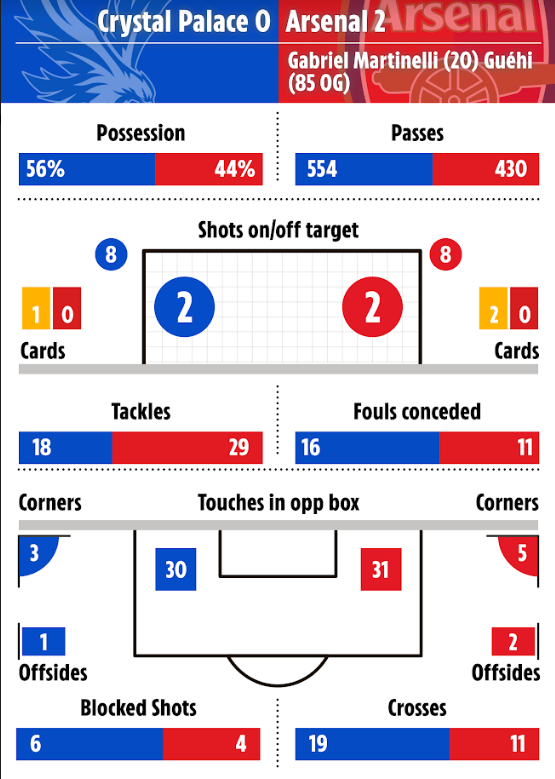 But Arteta confirmed he wants to add to his haul of five newcomers before the transfer window shuts on September 1.

The Spaniard told Sky Sports: “We are going to try.

“You need the right balance because if you come short in terms of physicality in this game, you’re going to be exposed.

“The most important thing is to win the first match, to build confidence and momentum.

“Then you can talk about things we need to improve – there were quite a few today, to be honest.”

Arsenal’s victory was more about graft than craft.

And although the Eagles pushed well for a late equaliser, Marc Guehi doubled the Gunners‘ margin of success by heading Bukayo Saka’s cross into his own net.

“Aaron Ramsdale did incredibly well from the one-on-one and won the game for us.

“Saliba was superb tonight. The way we started the game and played in the first half hour was superb – we should have scored more.

We had to play the game in ways we didn’t want to as it went on because Palace are able to do that to you.

“To win here, you need to suffer – we’ve done it and that’s part of the mentality we want to build, to come to places like this and win.”